Alexa and Innovation Research at Amazon

Alexa and Innovation Research at Amazon

By Michael Halvorson, Benson Chair in Business and Economic History. 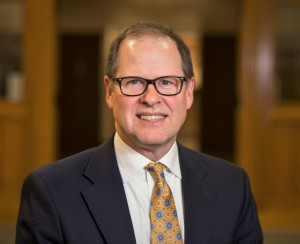 On Monday, February 19, 2018 (President’s Day), students at Pacific Lutheran University are invited for a special tour of Amazon’s Seattle headquarters (HQ). The event is being sponsored by Amazon and PLU’s office of Career Connections and Alumni and Constituent Relations. Interested PLU students get a tour, free lunch, and the opportunity to hear from alumni who work for one of the Northwest’s most innovative companies.

As Director of Innovation Studies here at PLU, I highly recommend that students take the opportunity to visit Amazon and expand what you know about the company. For one thing, you’ll get a chance to learn about the skills that employers most want from college graduates—a set of proficiencies that we place at the center of our Innovation Studies program.

So how much do you know about Amazon?

For one thing, Amazon is the largest Internet retailer in the world as measured by revenue and market capitalization. It also has over 540,000 employees after the recent merger with Whole Foods, making it the second-largest employer in the United States.

The company started as an online bookstore in 1994 and later broadened its offerings to include video and audio content, electronics, apparel, furniture, and many of its own brands and products (Kindle, Fire Tablet, Fire TV, Echo, AmazonBasics, Stone & Beam). Amazon is also the largest provider of cloud computing infrastructure services, which accounts for much of its revenue and future potential. 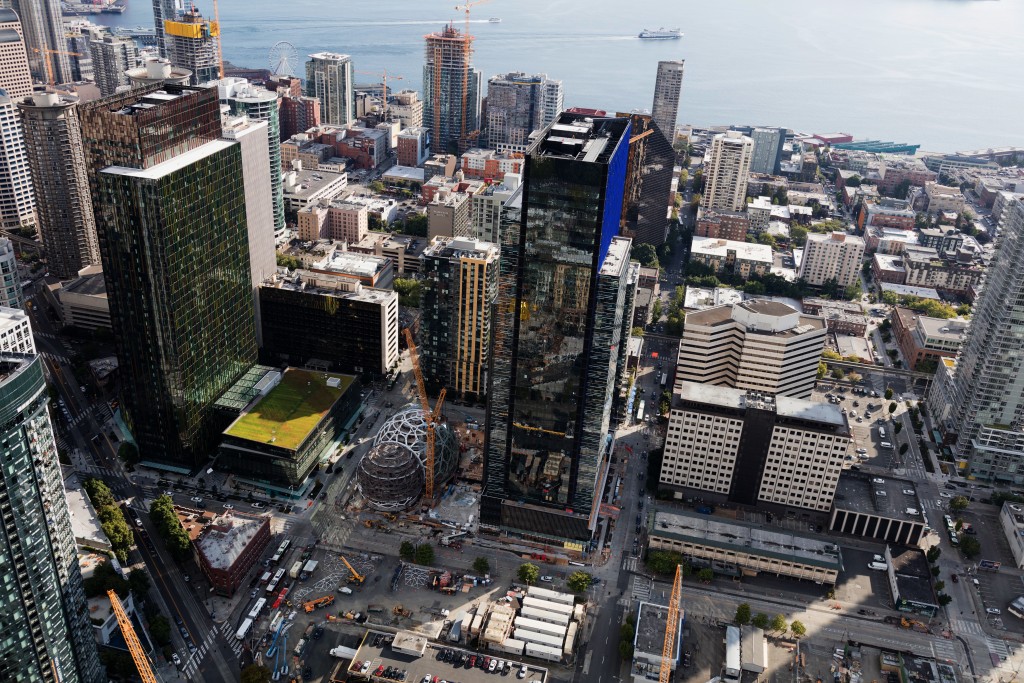 However, for those interested in computer science research, artificial intelligence (AI), and natural language understanding (NLU), the company offers an incredible array of engineering and cognitive research opportunities—right in our back yard.

A Meet-and-Greet with Alexa

Since its public debut in late 2014, I have been deeply intrigued with Alexa, the virtual assistant or “brain” that powers Amazon Echo and other intriguing voice service products developed by Amazon.

Echo is essentially a ‘smart speaker’ animated by a voice-controlled, intelligent personal assistant who responds to the name ‘Alexa’. The low-cost unit is capable of voice interaction, playing music, controlling devices in the home, and basic conversation about the weather, local traffic, and publicly-available information. 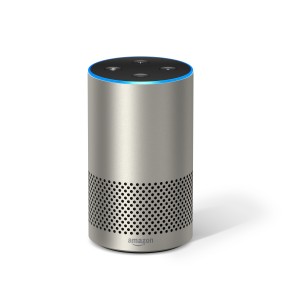 The Amazon Echo (in silver).

As a software developer and technology author, I have been very impressed with the comprehensive collection of Alexa toolkits and developer resources that have been made available for innovators to experiment with. A toolkit (or SDK) allows programmer’s access to Alexa’s features and lets them create Alexa ‘skills’. A developer can also integrate Alexa directly into an existing product via the Alexa Voice Service (AVS) interface.

I have spent many hours using SDKs over the years to write programs for Windows, the Mac, smart phones, and other devices (does anyone remember programming printers?). I will tell you that it takes a long time for a company to build-up the tools and infrastructure to get engineers excited about a new technology.

Not so with Amazon Alexa. The software development tools are readily available now for experimenting with Alexa and making a connection in your favorite programming language. (The top four used now are Java, JavaScript, C#, and Python.)

Take a look at this developer website for a peak at what resources are available and a few of the really interesting projects that are now underway. Alexa is a major opportunity for innovators who want to create add-on products and experiences, because the installed base of Alexa devices is now in the tens of millions.

My own interests in artificial intelligence research began in the 1980s, when I met Marvin Minsky while I was an employee at Microsoft. From 1958 until his death in 2016, Professor Minsky worked on the faculty at MIT in the emerging field of artificial intelligence research. When I met Minsky, he was publishing a new edition of his important book Society of the Mind (1988) with a team that I was working with at Microsoft Press. 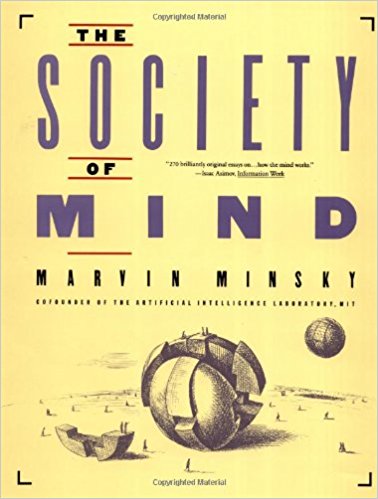 I became captivated by Minsky’s vision of the future in which AI would revolutionize cognitive science, computing, communication, philosophy and other disciplines. As the field of AI evolved, it became a truly interdisciplinary endeavor. In the wake of this cross-fertilization and expansion, I came to believe that most innovation research is best approached through an interdisciplinary frame. I still try to implement this insight at PLU, where we specialize in interdisciplinary training.

At Amazon Corporation, there are now 5,000 people working on Alexa and related technologies. This represents a major investment in money and people power, and it indicates how important the company believes that conversational artificial intelligence and related sciences will be in the future.

The company has also established a $100 million venture capital fund (The Alexa Fund) to fuel voice-technology innovation in the worlds of business and academics. Dozens of companies are now receiving start-up funding from this resource pool, creating innovations such as new hardware devices for helping in the home, internationally-focused products, and enhancements to the science behind voice technology.

Of great interest to academic communities is the announcement that Amazon will fund Alexa research projects in universities through an Alexa Fund Fellowship program that is in its early stages.

While it is my expectation that the Alexa Fund team will look to support research at leading Computer Science programs such as MIT, Carnegie Mellon, Columbia, UC Berkeley, Cambridge (UK), Seoul National University, and the University of Washington, I’m hopeful that research projects will also be funded in associated disciplines, including mathematics, electrical engineering, acoustics, statistics, psychology, philosophy, business—even historical studies examining the impact of technology. 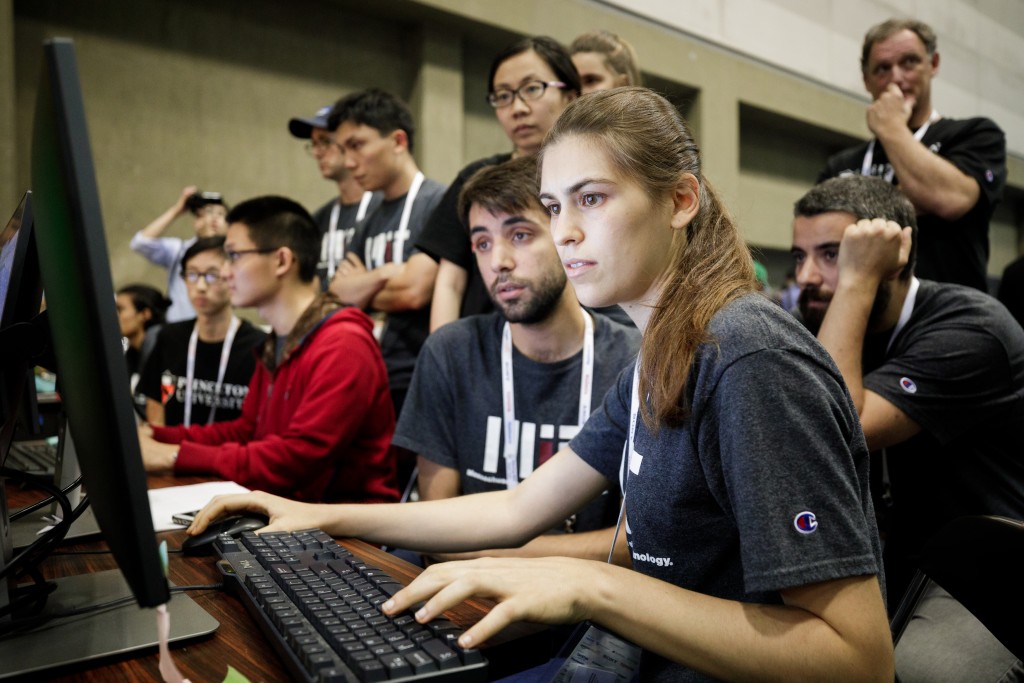 It is tremendously exciting to think about a world shaped by the creative interaction of these AI disciplines and technologies. For a look at what some university students are already doing in Alexa research, browse through the 2017 Alexa Prize Proceedings for a tour of innovation and creativity.

Whether you are interested in Alexa research or just finding out what Amazon is doing in South Lake Union, I recommend that you visit Amazon headquarters.

If you are a PLU student, you can make a visit with PLU alums and our friends at Amazon on February 19, 2018. If you would like to consider employment opportunities, you can also examine the list of available jobs on the Amazon recruiting website.

Dr. Halvorson is Benson Family Chair in Business and Economic History. He is also co-founder and program director of PLU’s Innovation Studies program, an interdisciplinary minor that draws faculty and curriculum from eleven academic units on campus, including computer science, business, economics, and history. As part of his work, Halvorson directs the Dale E. Benson academic fellowship program, a generous endowment designed to support student-faculty research in innovation across the University. 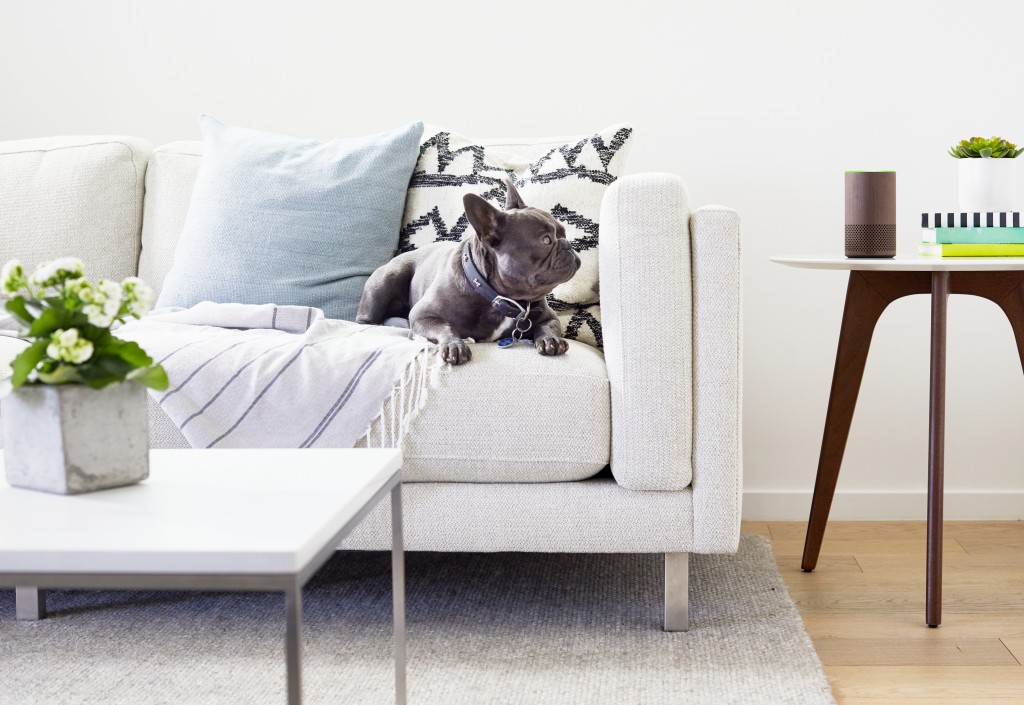 At home with Alexa.