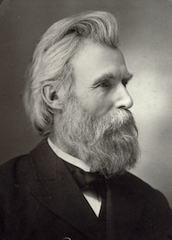 Bjug Aanondson was born on December 17, 1848 on a farm near Valle, Setesdal, Norway.

In 1861 his family immigrated to America and Aanondson became a student at Luther College from 1865 to 1871. Upon a suggestion from the president of the college, Aanondson changed his last name to Harstad in honor of the name of his family farm in Norway.

From 1871 to 1874, Harstad studied theology at Concordia University in St. Louis and gained experiences that became the model for the rest of his scholarly and religious life. After seminary, he traveled as a pastor to remote places in Minnesota where he built schools and churches. There in 1889, the church sent Harstad to the Pacific Coast to start a school.

On December 11, 1890 a corporation named the Pacific Lutheran University Association was formed and elected Bjug Harstad as the first president.

Pacific Lutheran University officially opened for classes on October 25, 1894 with thirty students in which president Harstad taught religion, Latin, German, and Norwegian. With Bjug Harstad’s death at the age of eighty-four on June 20, 1933, the original campus building, Old Main, was renamed Harstad Hall in honor of it’s founder. 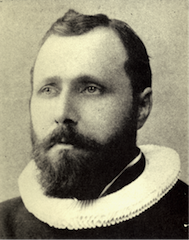 Revered Ole N. Grønsberg was born on December 24, 1855 in San Francisco. A graduate of Luther College in Decorah, Iowa and having had trained at Concordia Seminary in St. Louis, Missouri, he was ordained in 1880 and was working as a pastor at Our Savior’s Lutheran Church in San Francisco when he accepted the call to work at Pacific Lutheran University.

President Grønsberg was inaugurated on October 3, 1895 with a salary of six hundred dollars and additional living quarters. The new president became an advisory member of the Board of Trustees and was asked to teach world history as well.

After a mere two years, President Grønsberg resigned as he found the work too time consuming for so little pay. His letter of resignation was accepted by the Board and he continued his life as a traveling missionary in California. 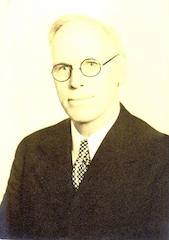 Nils Joseph Hong was born to Norwegian parents on February 7, 1866 in rural Wisconsin. He attended the Willmar Seminary in Minnesota at various times throughout the years of 1881 to 1892, though when not attending he taught at parochial and public schools. Hong graduated from Luther College in 1895 and returned to Willmar Seminary as an instructor.

He was thirty-one years old when he began teaching psychology, history, rhetoric, and English literature at Pacific Lutheran Academy in 1897. One year later in 1898, Hong was elected president and held the position until 1918 when the school was temporarily closed until 1920. Returning to the then reopened and renamed Pacific Lutheran College in 1929, he remained as a professor until his retirement in 1938, merely one year before his death.

North Hall, built in 1954, was renamed Hong Hall to honor the third president of the school. 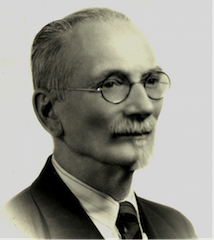 Johan Ulrik Xavier was born on June 26, 1870 in Lyngen, Norway. He received his Bachelor of Arts degree in 1893 from Luther College in Iowa and his Theological Degree from Luther Seminary in Saint Paul, Minnesota in 1898.

In 1908, Xavier was hired at Pacific Lutheran Academy as the librarian and continued working until the Academy’s brief closure in 1918. Once reopened in 1920, he returned as the now most senior member of the staff and became acting president for the first year of the newly named Pacific Lutheran College. From 1921 until his retirement in 1942, Xavier taught history, Bible study, Latin, Greek, nutrition, library science, botany, and zoology as well as continuing to serve as the College’s librarian.

The library built in 1937 was renamed Xavier Hall in 1967 in honor of the fourth president of Pacific Lutheran College.

Ola J. Ordal was born on August 2, 1870. He received his early education throughout South Dakota before receiving his Bachelor of Arts degree from Luther College in Decorah, Iowa in 1898. Three years later, Ordal completed his studies at Luther seminary in St. Paul, Minnesota.

Ordal served as pastor of Our Saviors’ Lutheran church in Tacoma and was a longtime member of the board of trustees and Pacific Lutheran College prior to becoming president. Once president, however, Ordal launched Pacific Lutheran College’s first endowment drive after collegiate status was achieved and was successful in his fundraising of two hundred and fifty thousand dollars by 1927. With normal department accreditation at the College to boot, Ordal resigned in 1928 and accepted a call to Our Savior’s Lutheran Church in Bellingham, Washington.

Ordal Hall was built in 1967 to honor the fifth president of the school. 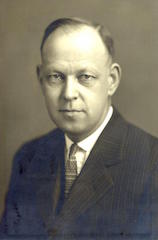 Oscar Adolf Tingelstad was born on a homestead near Eiokson, North Dakota on September 20, 1882. Tingelstad completed the commercial course at Pacific Lutheran Academy in 1900 and the Luther Preparatory course in 1902. He entered the sophomore class at Luther College in Decorah, Iowa in 1902 and graduated three years later.

In 1928, Tingelstad became president of Pacific Lutheran College and served until 1943, during which the school advanced from a junior to senior college and accreditation was achieved for both the education department as well as the liberal arts program. The faculty grew in both quality and quantity and the enrollment grew from one hundred and eighty-seven to five hundred and fifty-one in the 1930’s.

Oscar Tingelstad resigned in 1943, died in 1953, and was honored in 1967 by having Tingelstad Hall named after him. 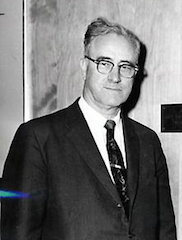 Seth Clarence Eastvold was born on December 19, 1895 in Chicago, Illinois. Graduating from Jewell College in 1913, he received his undergraduate degree from St. Olaf College in 1916 and went on to graduate from Luther Theological Seminary four years later. In continuation, Eastvold obtained his B.D. (1924), S.T.M. (1926), and S.T.D. (1931) from Augustana College and Seminary.

Eastvold became president of Pacific Lutheran College in 1943 and stayed until 1962. During his presidency, many buildings were built on campus, enrollment increased by over one thousand, assets increased by millions, and PLC became one of the largest schools of the Lutheran Church. Eastvold also imposed the motto “Build for Character” upon the college and strove to obtain university status after seeing many institutions around the world with such. In 1960, PLC did obtain university status, coming to be known as Pacific Lutheran University and allowing Eastvold to retire just two years later.

The Chapel building built in 1952 was renamed Eastvold Chapel in 1962 to honor the seventh president of the school. 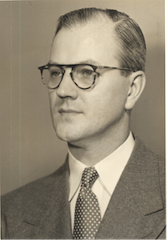 Robert Adolph Luther Mortvedt was born on November 30, 1902 in Newark, Illinois. He received his undergraduate degree from St. Olaf College in 1924 and his Master’s degree (1929) and Ph.D. (1934) in English from Harvard University.

After completing his graduate studies, Mortvedt served as a faculty member for a variety of colleges statewide and even served as the president of Bethany College in Lindsborg, Kansas until 1958.

In 1962, Mortvedt accepted the presidency of Pacific Lutheran University and worked to emphasize the development of academic programs. During the seven years he served at PLU, the School of Nursing was accredited by the National League of Nursing, a large grant was given to strengthen the science program, a Teacher Corps program was established, and a new curriculum adopted. Mortvedt also spearheaded a long-term development program that resulted in the building of three residence halls, the Olson Auditorium, and the library.

The library, built in 1967, was named Robert A.L. Mortvedt Library to honor the eight president of the school. 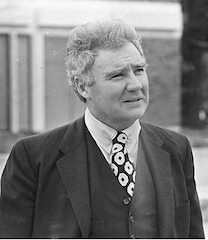 Eugene Wiegman was born on October 27, 1929 in Fort Wayne, Indiana. After serving in the Marine Corps, he attended Concordia College in River Forest, Illinois, earned a Master of Science Degree in school administration, and in 1962 earned a Doctor of Education degree from the University of Kansas.

Wiegman was elected president of Pacific Lutheran University in 1969 and served until 1974. As president, he established a university wide commission to study and design policies as well as a Regency professorship.

After leaving PLU, Wiegman ran unsuccessfully for Congress in 1976 but served as the Washington State Commissioner of Employment Security from 1977 to 1981. 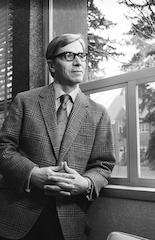 Richard Paul Jungkuntz was born on October 1, 1918 in Cleveland, Ohio though grew up in Wisconsin. There, he served Wisconsin Lutheran Congregations and became a professor at his alma mater of Northwestern College in 1949, teaching classics and ancient history. Jungkuntz continued to obtain his Ph.D. in classics and became Executive Secretary for the Commission on Theology for the Lutheran Church-Missouri Synod in 1965.

Jungkuntz came to Pacific Lutheran University in 1970 and served as provost for eighteen years before becoming president. During his presidency, a National Endowment for the Humanities grant was announced that provided for introductory studies leading to an integrated core curriculum in the humanities. 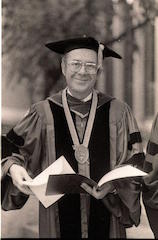 Upon graduation, Rieke accepted positions at the U.W. School of Medicine, University of Iowa, and the University of Kansas Medical Center. In 1975, however, he chose to leave his career in the medical field in order to serve as president of Pacific Lutheran University in 1975.

While president, the university rapidly emerged as a first-rank comprehensive university with a strong faculty and a breadth of academic program quality that continues to act as the foundation of PLU today. Likewise, the MBA of the School of Business as well as the department of Music became accredited.

Rieke was named among the top five percent of effective college presidents in 1986 and was named Knight First Class of the Royal Norwegian Order of Merit by King Olav V in 1989 for his efforts in strengthening international ties. 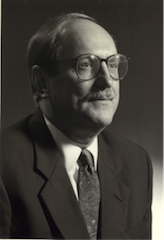 Loren J. Anderson was born on July 6, 1945 and was raised in Rugby, North Dakota. He received a Bachelor of Arts degree in philosophy from Concordia College and a master’s degree in rhetoric and public address from Michigan State University in East Lansing. He also earned a doctorate in communication theory and research from the University of Michigan in Ann Harbor.

Loren Anderson became president of Pacific Lutheran University in 1992, during which the university gained national stature in global education, sustainability, and helping students explore their passion and purpose in life and their role as world citizens. During Anderson’s tenure, the university developed a distinctive tradition of decennial long-range planning with three corresponding comprehensive fundraising campaigns which yielded over three hundred million dollars, including support for academic programs and student scholarships. They enabled a nine fold increase in endowment and an investment over one hundred million dollars in campus facilities and equipment.

During his tenure, Krise led an effort to revise recruitment strategies to meet changing student demographics, resulting in a more than 70 percent increase in the first-time undergraduate inquiry pool from 2013 to 2017.  He also led the effort to create a more diverse and inclusive community, including PLU’s most diverse first-year class ever in 2016-17, comprised of 35% students of color, 42% first generation students, and 30% Pell Grant eligible students, from 23 states and 10 countries.

PLU launched its first-ever professional doctorate, the Doctor of Nursing Practice, under Krise’s leadership, and the university also extended its outreach to high-need students in the region by launching the 253 College Bound Scholarship, and the Parkland Promise Scholarship for students from PLU’s immediate neighborhood, while also earning its 100th Fulbright scholar since 1975.