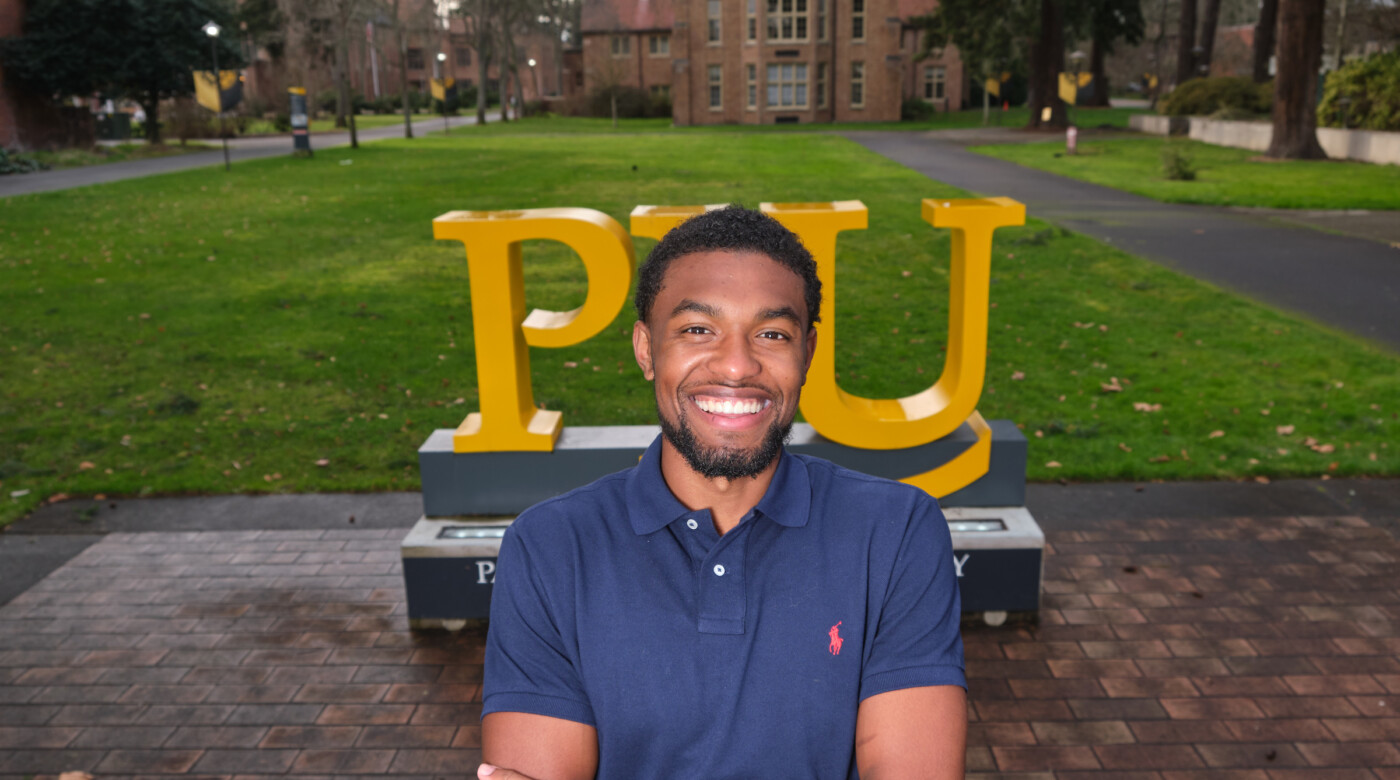 Andre Jones ’22, of Tukwila, Washington, stays busy with his leadership roles in campus clubs and the Act Six program. Founded and run by the Tacoma-based nonprofit Degrees of Change, the Act Six program identifies and rewards scholars who are passionate about learning, eager to foster intercultural relationships, willing to step out of their comfort zones, committed to serving those around them, and want to use their college education to make a difference on campus and in their communities at home.

Jones is pursuing a Global Studies major with a minor in Hispanic Studies. While working toward his degree, Jones had the opportunity to study in Mexico. He admits he was hesitant to travel abroad for school. Fortunately, Jones says his Act Six cohort gave him the confidence he needed to go.

Now he’s ready to offer similar advice to students who are making their own decisions about college.

“You guys aren’t alone,” he said. “A lot of my fellow cadre members, who came to college were leaving home for the first time. Everyone you meet is most likely scared as well. You’re not going to be alone when you are going through this.”