For Matthew Olds, being an artist wasn’t just a choice, it was incorporated into his life from the moment he was born. Olds grew up surrounded by creation. His new exhibit, Migration, in PLU’s University Gallery will be on display March 15 through April 12, with an opening reception Wednesday, March 15 from 5 p.m. -7 p.m.

“Art has always been a part of my family and I have always been surrounded by it,” Olds says. “Art is a natural extension of who I am and a means to how I both process and live my life.”

Olds began his career as an artist at the University of Wisconsin, Madison and graduated from the University of Washington with a BFA in painting in 2005. Since then, he’s become an award-winning artist who’s participated in both regional and national exhibitions. He currently owns a small fine arts company called HOLDstudios that provides both 2D and 3D artwork to clients around the country. He’s also a King County 4Culture grant recipient and was a finalist in 2016 for Greater Tacoma Community Foundation’s Foundation of Art Award.

Though he started his career as a painter, Olds doesn’t constrain himself to one medium.

“I don’t necessarily have a style. I adapt and am open to whatever subject matter I am contemplating and pairing them with materials that are best suited for each situation,” Olds said.

Though Olds’ style is usually grandiose, Migration is quieter, with an emphasis on creating a space for reflection and contemplation. The works are still both big in content and size. The theme shows migrations big and small, local and global, life and death. The exhibit includes seven large scale works that range from large format paintings, video installation, to large scale installations both wall mounted and in the space made from a variety of materials.

The piece called Flight Patterns addresses the migrations of both birds and planes from JBLM, which regularly fly over the artist’s studio. Another local take on the Migration theme is Invisible addressing a large migrating population, the homeless. A large scale work is painted the same color as the gallery addressing both the enormity of the issue but also how it seemingly fades into the background as a new normal over time.

Two pieces have a global take on Migration: Current and Salvation. Both of these address current human migrations of people fleeing from dangerous and desperate situations taking great risks to escape, which can end in death as found in the watery graves and on the shores of the Mediterranean Sea or in the southern desert borders of the United States. These works are sculptural installations made of cement and salt.

The next work on Migration hits close to home.

“This past year I have also spent a lot of time thinking about death with the unexpected passing of my mother who was 64 at the time,” Olds remarked. “The painting Untitled. Unknown. is a meditation on the migratory journey from life to death and what may or may not be on the other side.”

The University Gallery is open Monday – Friday, 8 a.m. – 4 p.m. and by appointment. The Gallery is located in Ingram Hall on the northwest corner of the Pacific Lutheran University campus. The opening reception on March 15 is part of the 2017 SOAC Focus Series on ReForming.

Through music, art, theatre and communication we will come together to explore the theme of Re-forming, as we celebrate the 500th Anniversary of the Reformation and honor the core tenets of Lutheran higher education – critical questioning, freedom for expression, foundation in the liberal arts, learning and research within community, intrinsic value of educating the whole person, discerning one’s vocation in the world, and service to the advancement of life, health, and wholeness. 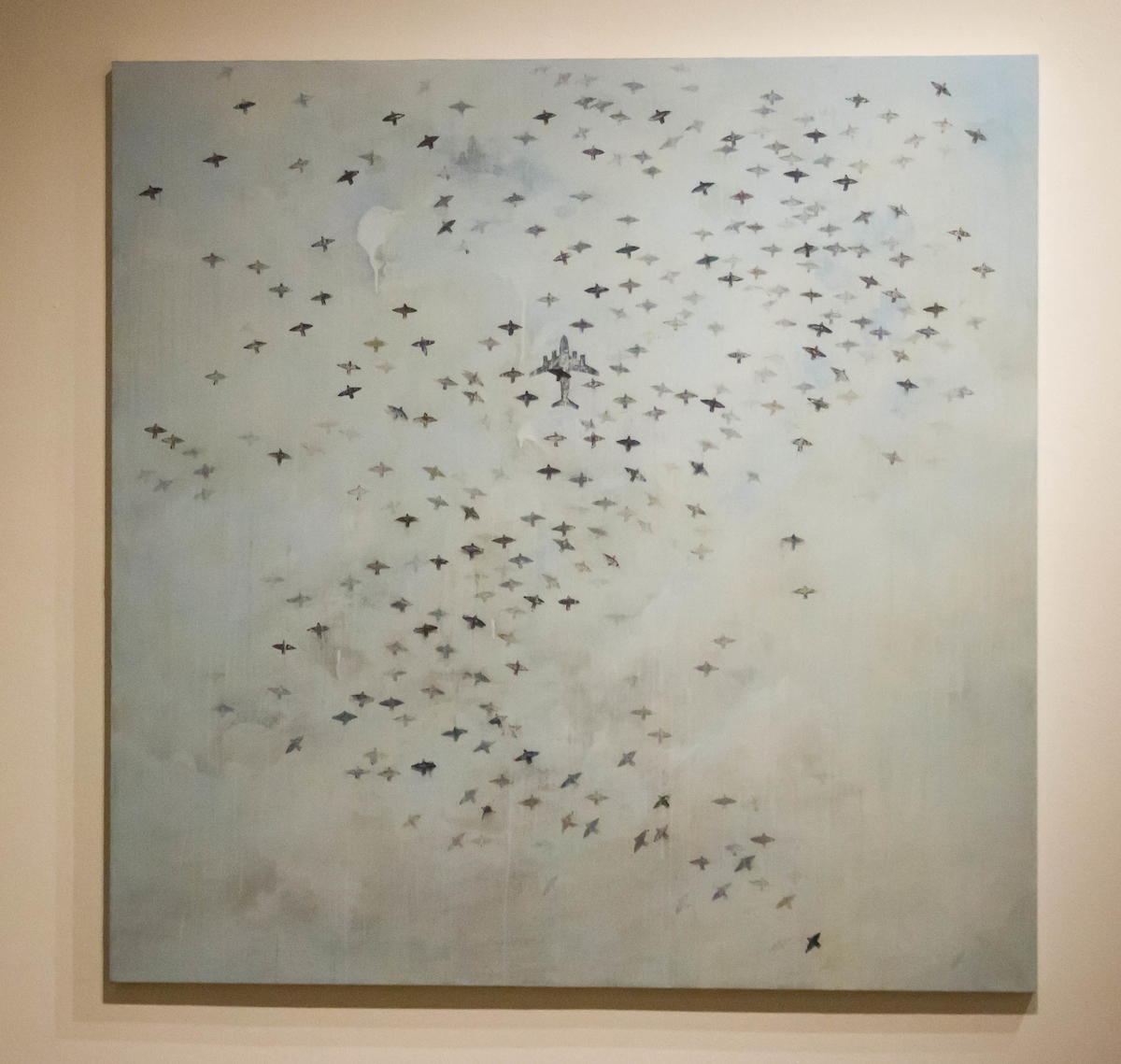 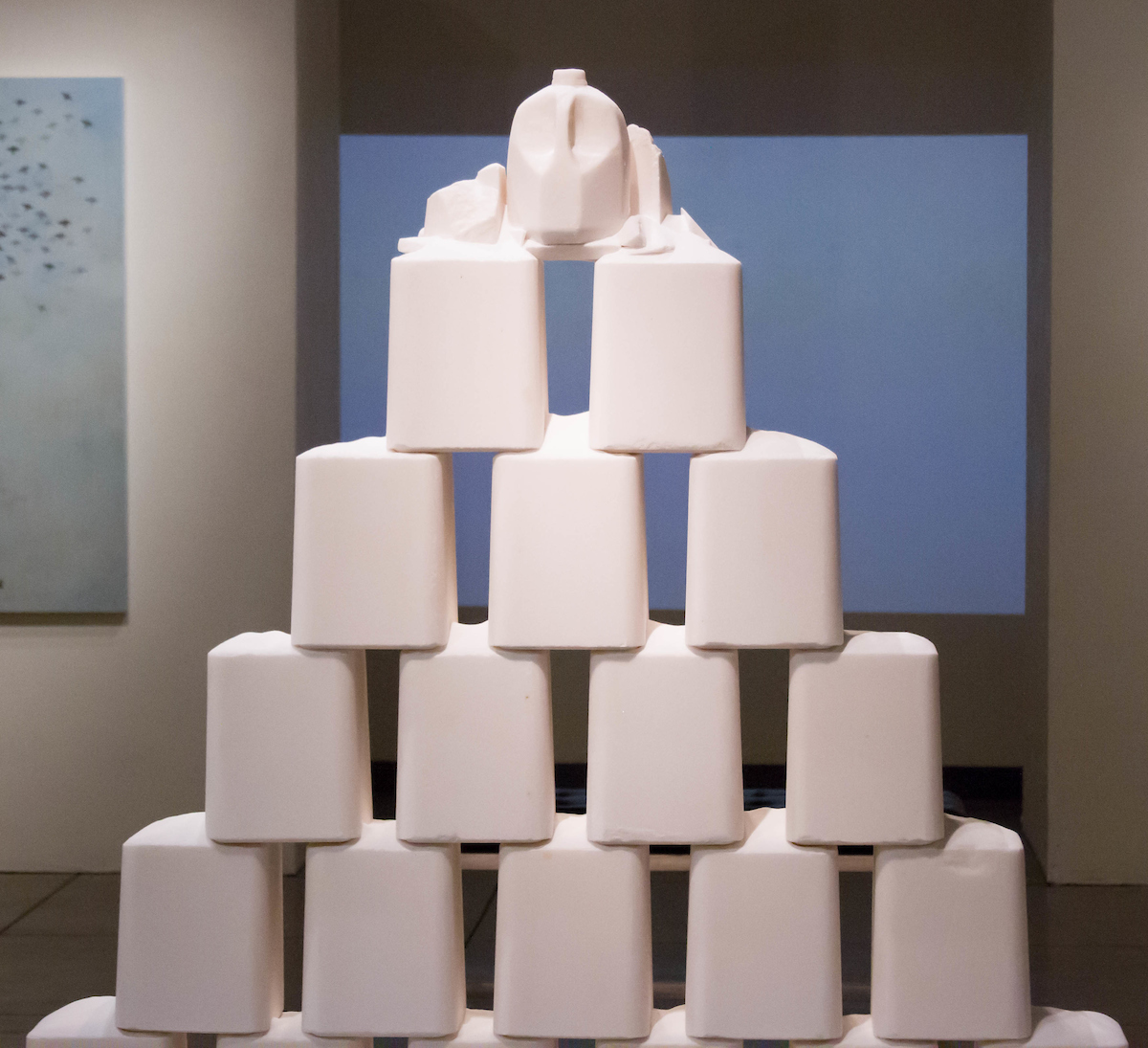 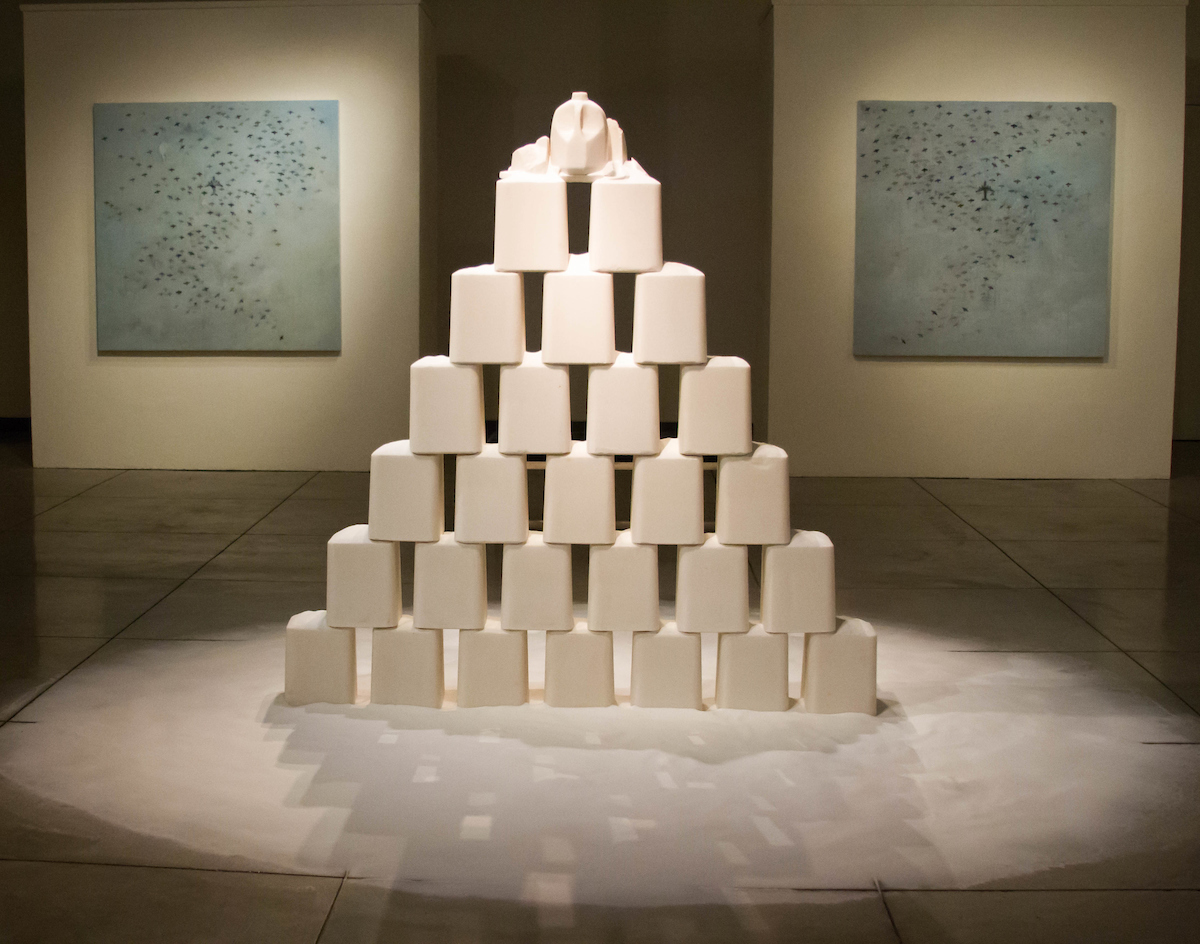 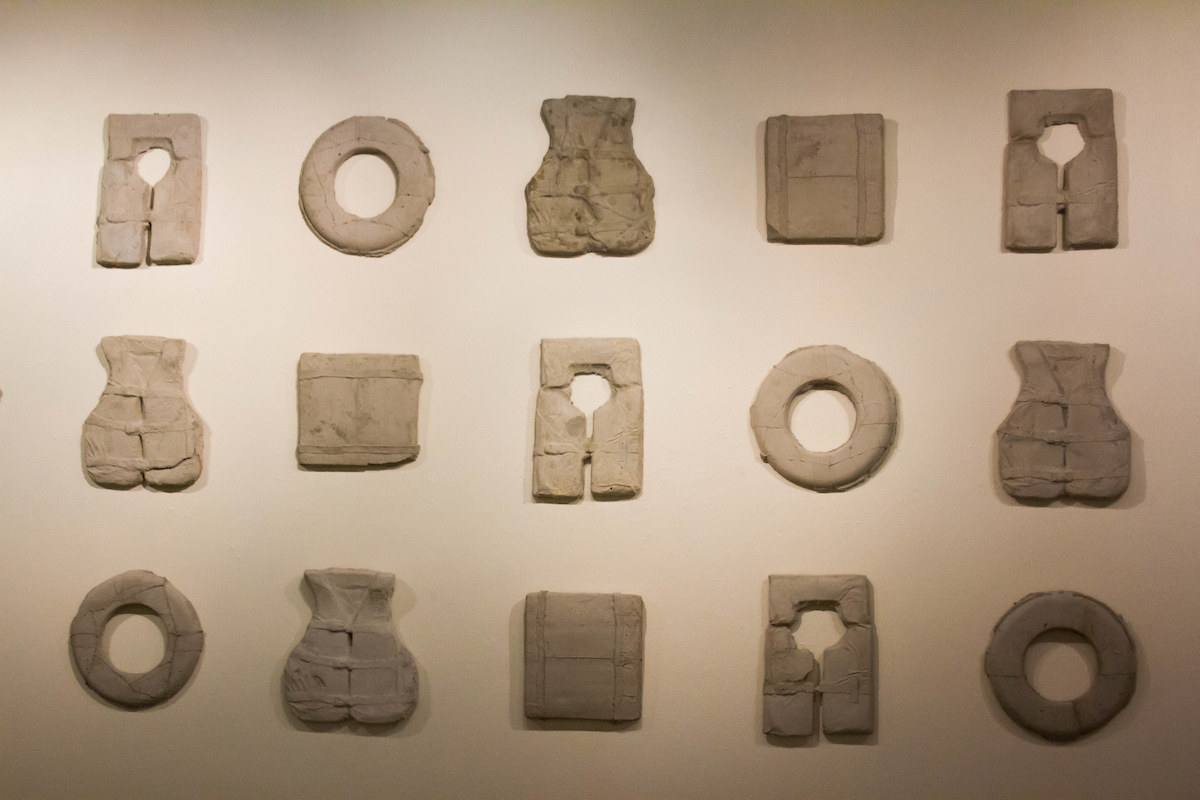 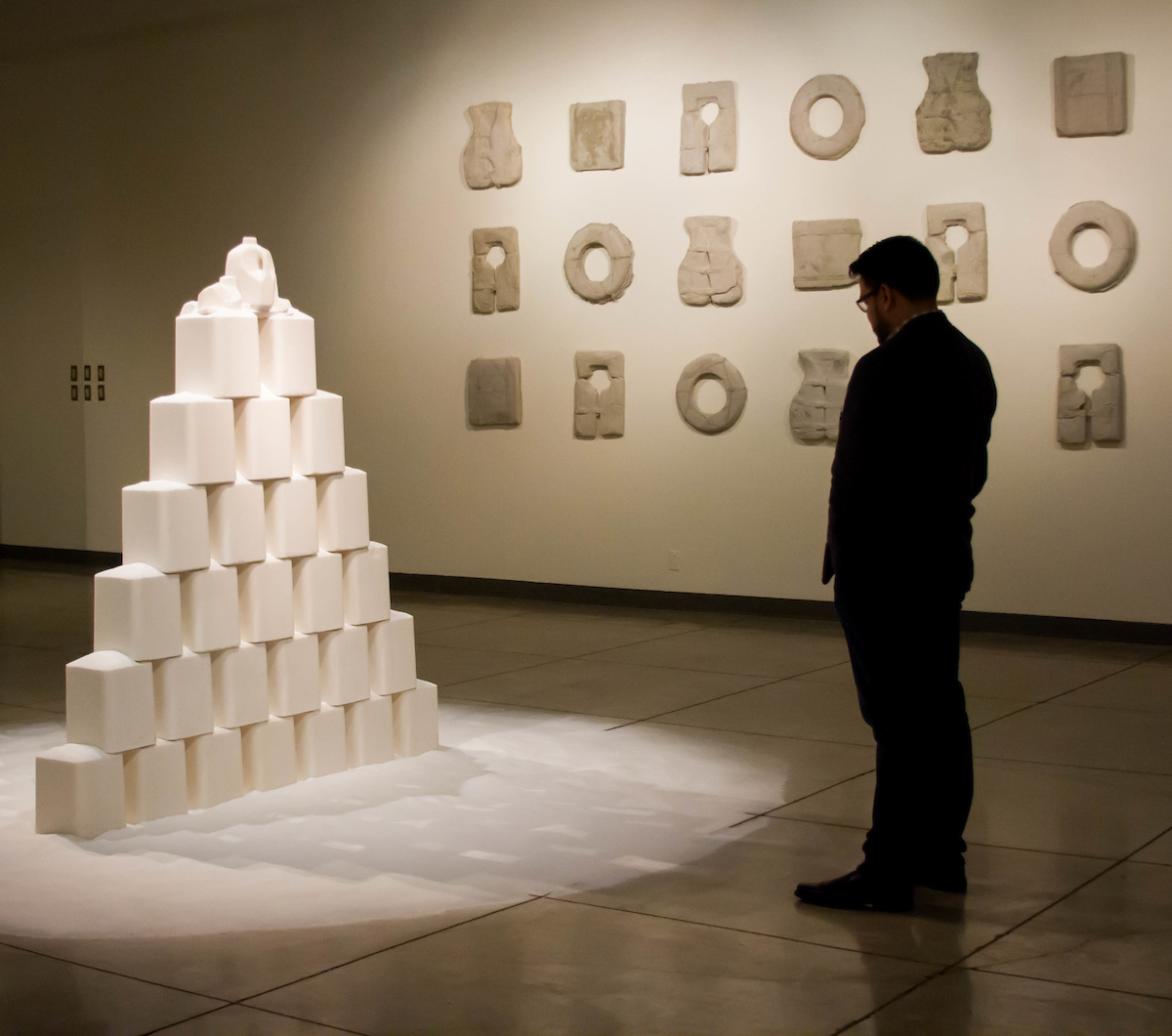