On Tuesday, April 26 at 6:00pm in Xavier 201 the Global Studies Program has organized a showing of the Emmy-nominated PLU MediaLab documentary Beyond Burkas and Bombers: Anti-Muslim Sentiment in America. A talk on the Politics of Islamophobia by JuliAnne Rose (PLU ’13) will follow with time for questions and discussion.

Ms. Rose graduated from PLU with degrees in Political Science and Global Studies. She was the Chief Videographer/Editor for the Beyond Burkas and Bombers documentary which won first place in the Region 10 Society of Professional Journalists Mark of Excellence Award for in-depth television reporting and premiered in the Social Justice Film Festival in Seattle. Ms. Rose is currently working on her Masters in International Relations at the University of Melbourne, Victoria, Australia. Her talk on Islamophobia will discuss the politics of creating the “Islamic enemy.” Her research interest lies with how and why a state constructs a threat as existential – how maintaining the Muslim threat keeps the fear alive and present domestically, how these fears can be manipulated, and how this can be a key strategy for pushing the state’s foreign policy agenda. 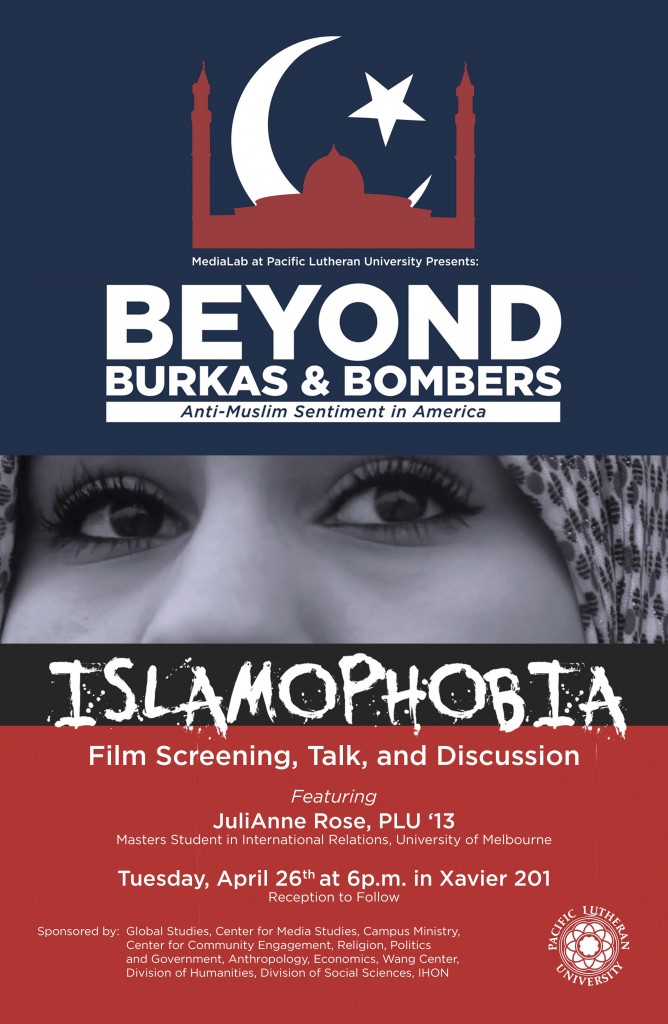