Dr. Michelle M. Jacob, PhD, is a Professor of Indigenous Studies and Director of the Sapsik’ʷałá (Teacher) Education
Program in the Department of Education Studies at University of Oregon.
7:00 pm | Tuesday, Feb 20 | Scandinavian Cultural Center

The PLU Religion Department welcomes you to the Paul O. Ingram lecture at 7p.m. Tuesday, February 20th in the Scandinavian Cultural Center, located in the Anderson University Center. This year’s lecture will be given by Dr. Michelle Jacob, Professor of Indigenous Studies and Director of the Sapsik’ʷałá (Teacher) Education Program in the Department of Education Studies at the University of Oregon. The lecture is free and open to the public.

About the Lecture:
In 2012, Kateri Tekakwitha became the first North American Indian to be canonized as a saint by the Roman Catholic Church, an event that American Indian Catholics had awaited for generations. Saint Kateri, known as the patroness of the environment, was born in 1656 near present-day Albany, New York, to an Algonquin mother and a Mohawk father. Tekakwitha converted to Christianity at age nineteen and took a vow of perpetual virginity. Her devotees have advocated for her sainthood since her death in 1680. Within historical Catholic writings, Tekakwitha is portrayed as a model of pious, submissive femininity. In her book Indian Pilgrims: Indigenous Journeys of Activism and Healing with Saint Kateri Tekakwitha (University of Arizona Press, 2016), Jacob moves beyond mainstream narratives and shows that Saint Kateri is a powerful feminine figure who inspires decolonizing activism in contemporary Indigenous peoples’ lives.

Dr. Jacob’s current work examines Saint Kateri’s influence on and relation to three important themes—caring for the environment, building community, and reclaiming the Native feminine as sacred—bringing a Native feminist perspective to the story of Saint Kateri. Her lecture considers the power and potential of Indigenous decolonizing activism, as Saint Kateri’s devotees claim the space of the Catholic Church to revitalize traditional cultural practices, teach and learn Indigenous languages, and address critical issues such as protecting Indigenous homelands from environmental degradation. Jacob addresses issues of gender justice—such as respecting the autonomy of women while encouraging collectivist thinking and strategizing—and seeks collective remedies that challenge colonial and capitalist filters. 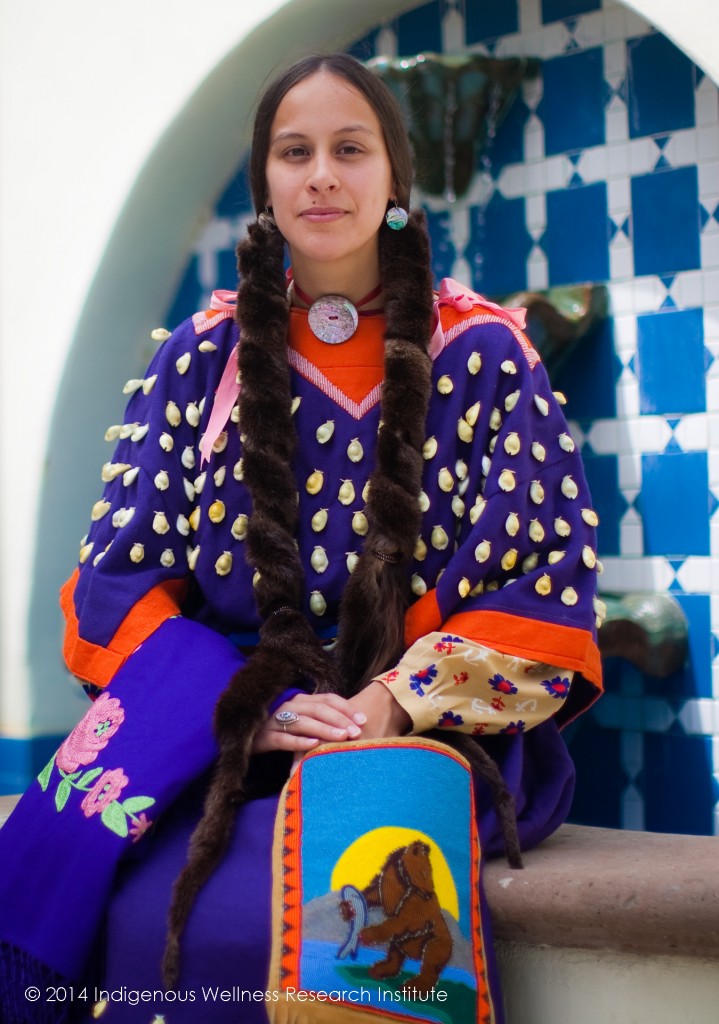 Speaker: Dr. Michelle M. Jacob, PhD, is a Professor of Indigenous Studies and Director of the Sapsik’ʷałá (Teacher) Education Program in the Department of Education Studies at University of Oregon

About the Lecturer:
Dr. Michelle M. Jacob, PhD, is a Professor of Indigenous Studies and Director of the Sapsik’ʷałá (Teacher) Education Program in the Department of Education Studies at University of Oregon. Dr. Jacob is dedicated to teaching and researching in ways that empower communities by working towards social justice. Prior to joining the faculty at U of O, Dr. Jacob served as Founding Director of the Center for Native Health & Culture at Heritage University on the Yakama Reservation, and as Professor of Ethnic Studies at the University of San Diego. Michelle is a member of the Yakama Nation. Her first book, Yakama Rising: Indigenous Cultural Revitalization, Activism and Healing (University of Arizona Press, 2013), analyzed the ways in which Yakama peoples resist the ongoing effects of colonialism through reclaiming cultural traditions.