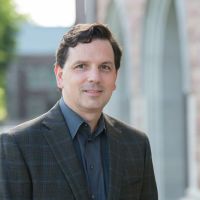 Crude Awakenings: The Faith, Politics, and Crises of Oil in America’s Century

Oil has always enchanted Americans, and inspired them to think about their society’s future in sacred terms. Extracted from the earth in mysterious ways, often with the help of spiritualist devices and prayer, oil was at its origins imagined as the divinely sanctioned lifeblood of a modernizing nation. America’s powerbrokers and rank-and-file together ascribed a special status to this abundant material, and in turn used its wealth to construct and legitimate imposing corporate and church institutions, missionary organizations, and an expansive petro-state.

Indeed, the concept of the “American Century,” commonly used to describe this nation’s hundred-year ascendancy, is itself a product of petroleum and religion’s arresting reciprocity. When missionary son and magazine publisher Henry Luce coined the term in 1941, he did so fully aware of how his fellow citizens drew special assurance from oil’s seemingly divine potentials, and attached them to a politics of exceptionalism. Luce also knew that as much as oil was America’s blessing and the source of its leadership in the world, it was also a burden that came with costs to the nation and its people, and the land they inhabited. Focused on the mid-twentieth century—Luce’s day—but with an eye to wider and longer trends, this talk will explore some of the ways that religion and oil together shaped existence for modern Americans, amid constant crisis, at the moment of their nation’s heightened authority. It will pay particular attention to evangelical Protestants who, in disproportionate degrees, inhabited and worked America’s oil patches, weathered the violent disruptions of life on these boom-bust terrains, and theologized and politicized their encounter with soil and its subsurface wealth and all that this seemed to promise them, on earth and in heaven.

Darren Dochuk is Associate Professor in the Department of History at the University of Notre Dame. He is the author of From Bible Belt to Sunbelt: Plain-folk Religion, Grassroots Politics, and the Rise of Evangelical Conservatism, published by Norton in 2011, which won the Society of American Historians’ Allan Nevins Prize, American Historical Association’s John H. Dunning book prize for outstanding historical writing on any subject in U.S. history, and Organization of American Historians’ Ellis W. Hawley prize for best book in post-Civil War U.S. political history. Dochuk has also co-edited a number of essay collections, including Sunbelt Rising: The Politics of Space, Place, and Region (University of Pennsylvania Press, 2011), American Evangelicalism: George Marsden and the State of American Religious History University of Notre Dame Press, 2014), and Faith in the New Millennium: The Future of Religion and American Politics (forthcoming with Oxford University Press, 2016). He has published essays in several edited collections and journals, including International Labor and Working-Class History, Religion and American Culture, and the Journal of American History, and received research support from a number of organizations, most recently the American Council of Learned Societies, National Endowment for the Humanities, American Philosophical Society, Rockefeller Foundation, and Canadian government. In 2007-2008, he served as a research postdoctoral fellow at the Center for the Study of Religion at Princeton University. During the spring of 2013 he was the inaugural Bill & Rita Clement Senior Research Fellow at the Clements Center for Southwest Studies at Southern Methodist University. Dochuk is currently writing a book titled Anointed With Oil: God and Black Gold in America’s Century (under contract with Basic Books).