Despite a shaky past, April Reyes ’21 built a strong foundation for her future

Despite a shaky past, April Reyes ’21 built a strong foundation for her future 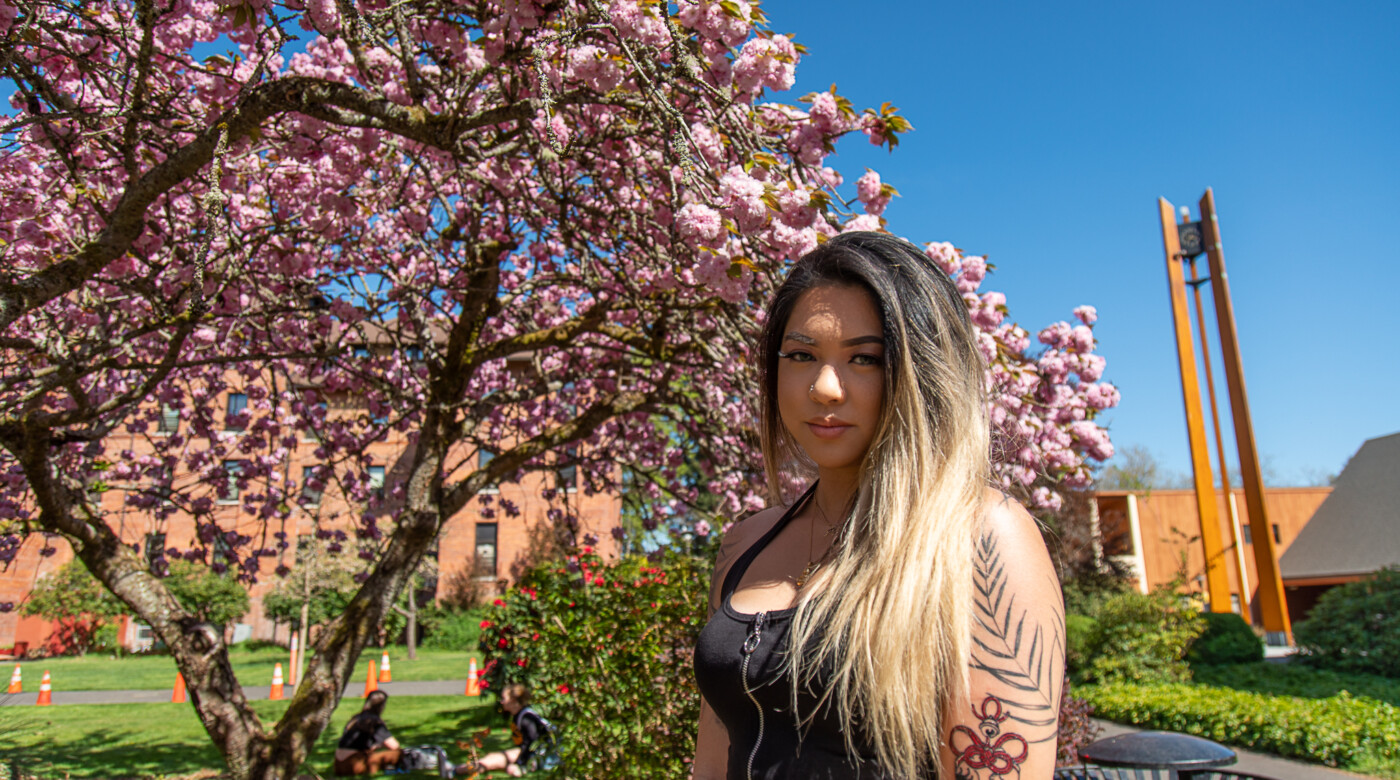 Social work major April Reyes ’21 loves to talk about her tattoos. She has 13 total, nine of which she received while studying at PLU. She struggles to choose a favorite but says she loves to flaunt the lotus flower on the back of her left hand.

“Someone significant in my life taught me, ‘No mud, no lotus,’ because lotuses grow in the mud,” she said. “Just like I came from a bad situation, but I’m doing alright now.”

The road to graduation was filled with challenges for Reyes. The journey she embarked on years ago to earn her diploma is one, she says. It helped give her the strength to become the type of social worker her clients could relate to.

At 11 years old she was drinking alcohol and by age 15 she was addicted to drugs.

Reyes bounced around from home to home as a teenager, suffering from severe depression after her mother died when she was 11. Her relatives who took her in were not equipped to handle her needs. It wasn’t until she moved in with a friend, who then became her family, that Reyes received the stability and support she needed to turn her life around.

“When my mom passed away, I was very depressed and did not speak,” she said. “My family did not understand mental health and depression. So, my blood family kind of perceived me as disrespectful. They kind of formed this negative persona of me.”

After moving from home to home and living in three different states, she was finally taken in by a friend. She credits this family for saving her. Her friend’s family was loving, accepting, and better equipped at understanding her trauma.

“I was fresh in Washington and did not have people I could depend on,” she says. “They asked if I wanted to be part of the family and that’s what turned my life around. I am very grateful for them and their support.”

Having finally found a group of people who understood her trauma and who could support her, Reyes set her sights on her future. She decided to become a school social worker.

Reyes was awarded an Act Six scholarship that enabled her to attend Pacific Lutheran University. Act Six is a scholarship program designed to equip young urban and community leaders to thrive academically while engaging with their college campuses and their communities at home.

“The challenges April has faced have shaped her into someone who can easily relate to others in challenging situations,” said Laura Fitzwater Gonzales, a PLU sociology professor. “April also confronts the racist and elitist systems and organizations within which she has to operate. Her ideas challenge the norms of whiteness and elitism and push us forward in new and different ways.”

The transition into college life wasn’t easy. Reyes says it was difficult navigating her new world of academia. “It was a culture shock for me,” she said. “The whiteness wasn’t the biggest culture shock; it was the classism. I grew up different, especially since my mannerisms are very different. Coming into PLU as a freshman — it was a shock.”

At first, she had a difficult time relating with her peers. But she soon connected with other students of color on campus and was inspired by their authenticity.

“I noticed that some of my peers found the courage to be more of themselves because they were in college and on this path of being an adult,” she said.

Determined to do well, Reyes was able to build meaningful relationships with supportive faculty and staff, including Fitzwater Gonzales.

“As I got to know April, I knew I wanted to do whatever I could to support her goals because she was going to achieve them,” Fitzwater Gonzales said. “When I first met her, along with school and work, she was involved in mentoring elementary students, creating a podcast, and getting involved in leadership. I was even more shocked to find that she was doing all this as a first-year student, within the first few weeks of school. I made a note to myself: ‘April is amazing.’ ”

“The classes April took at PLU allowed her to build on her interpersonal skills and leadership abilities,” Fitzwater Gonzales continued. “April often took on a leadership role during in-class group work. She is not afraid to share her opinion, yet she also knows how to listen to others and engage thoughtfully. 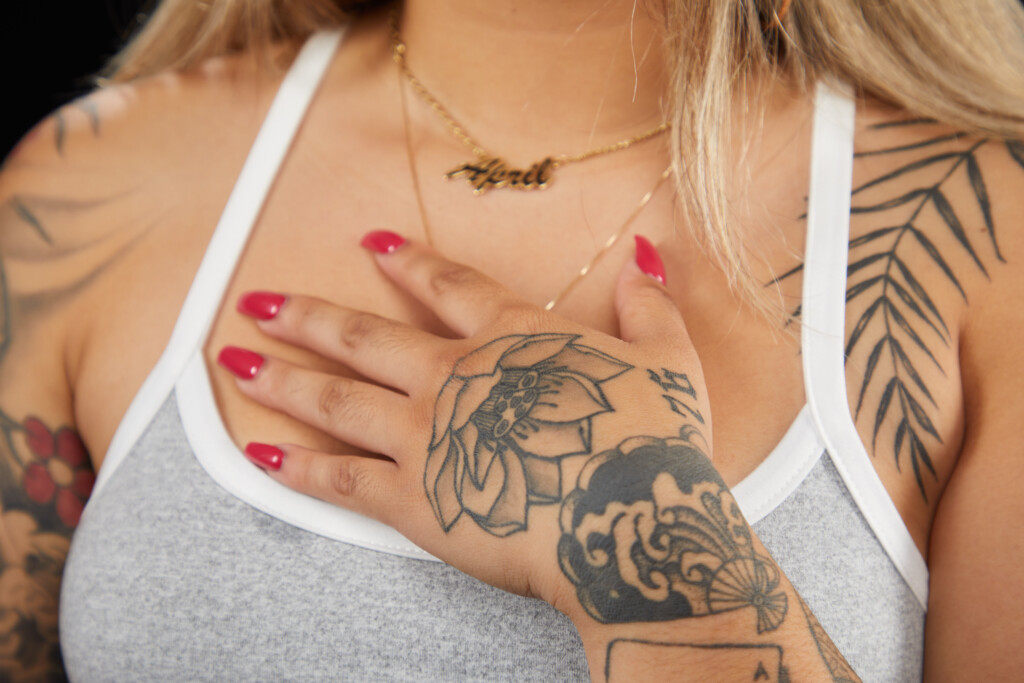 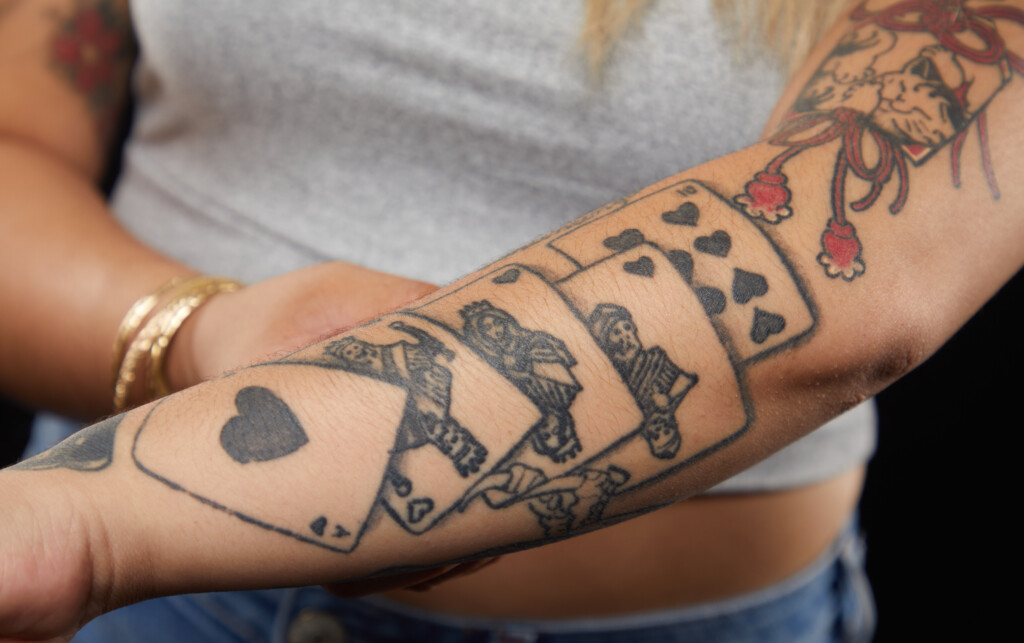 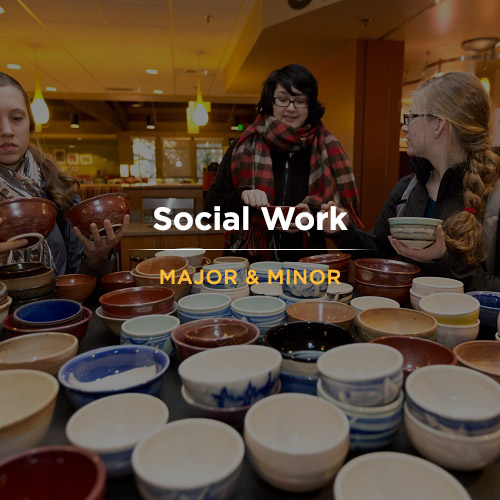 The overarching goal of the Social Work program is preparation for generalist social work practice with individuals, families, households, groups, communities, and organizations. If you are excited about tackling some of today’s major social challenges and enjoy working with people, then social work may be just the career for you!

Reyes dedicated herself to the study of social work, and the PLU program’s blend of social justice, egalitarianism, pluralism and compassion for the oppressed resonated with her. Inspired by her personal experience, Reyes spent her senior year immersed in a research-intensive capstone project that examined the correlation between support and graduation rates for teens experiencing homelessness.

“I found that implementing trauma-informed practices, developing awareness, attending to basic needs, creating a supportive environment, and having community partners can create a positive impact on homeless students,” Reyes said.

This past spring, Reyes graduated with her B.A. in social work and is now enrolled in the University of Washington’s MSW Advanced Standing Program.

Reyes has come a long way from her time drifting from house to house and seeking solace in drugs. Today, she’s proud of how far she’s come and says she plans to help teenagers with stories a lot like her own.

“There are kids who have grown up in environments like mine, and experienced traumas and people can’t empathize with them,” she said. “I want to use the hard life I’ve been through to make a difference. My goal is to help homeless students and students going through incarceration who want to finish and graduate high school. I want my life’s purpose to be there for them.”

Reyes believes her tattoos can serve as a connection point with teens — to help spark dialogue and show them she too has a scarred past.

“You know how a bird will ruffle its feathers a little bit to be a little intimidating? My tattoos are like that,” she said. “I don’t think I’m intimidating, but it shows I’m not some fragile little thing. All my tattoos pay tribute to my life journey and self-reflection.”