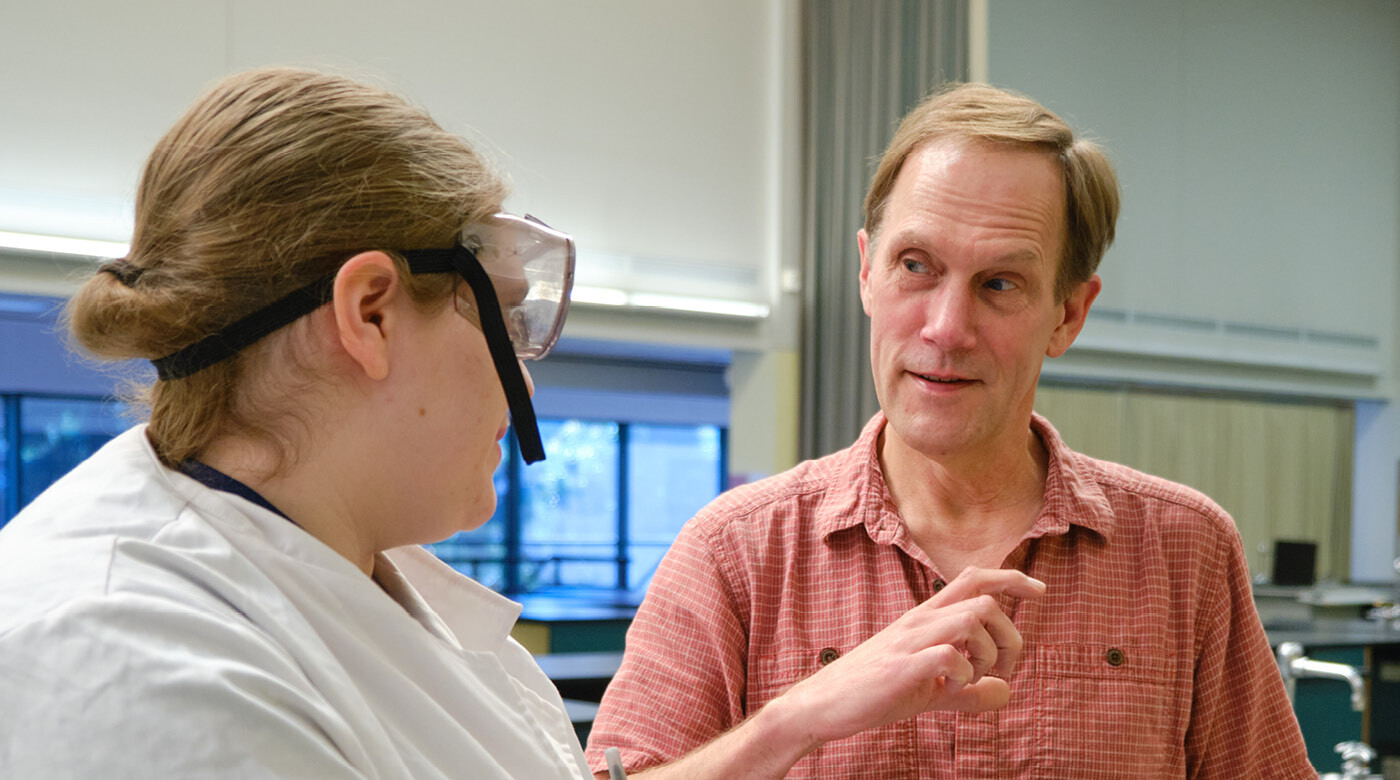 Thanks, to a $213,500 three-year research award from the National Science Foundation, four undergrad PLU students spent 10 weeks this past summer participating in intensive lab research.

“The first week or two of working in the lab was very stressful. I, like my coworkers, lacked lab experience due to the pandemic and everything was intimidating at first,” engineering major Sandy Montgomery ’23 says. “Once I had a couple of weeks to figure out where everything was and to practice basic techniques, I felt much more comfortable working independently.”

The work centers on polymers — large molecules made up of smaller molecules linked together like a chain — which make up everything from nylon and polyester clothing to Teflon pans. In the future, it may improve lithium-ion batteries.

Jackie Lindstrom ’22, a chemistry major and fellow student researcher, said that after the year of remote learning, the in-lab experience was invaluable. “I am more appreciative of all the hard work that goes into improving technologies such as batteries,” she says. “It was exciting to work on a project that could help to support the switch away from fossil fuels.”

The students worked under PLU Chemistry professor Dean Waldow. For more than a decade, Waldow has been bringing students into his lab to help him build a better battery. Over the years, close to 30 students have been involved in the process.

Currently, most lithium-ion batteries use an organic liquid (made of compounds that contain carbon atoms) to move ions, and they work well in smaller electronics, as well as new electric vehicles, but can become dangerous. 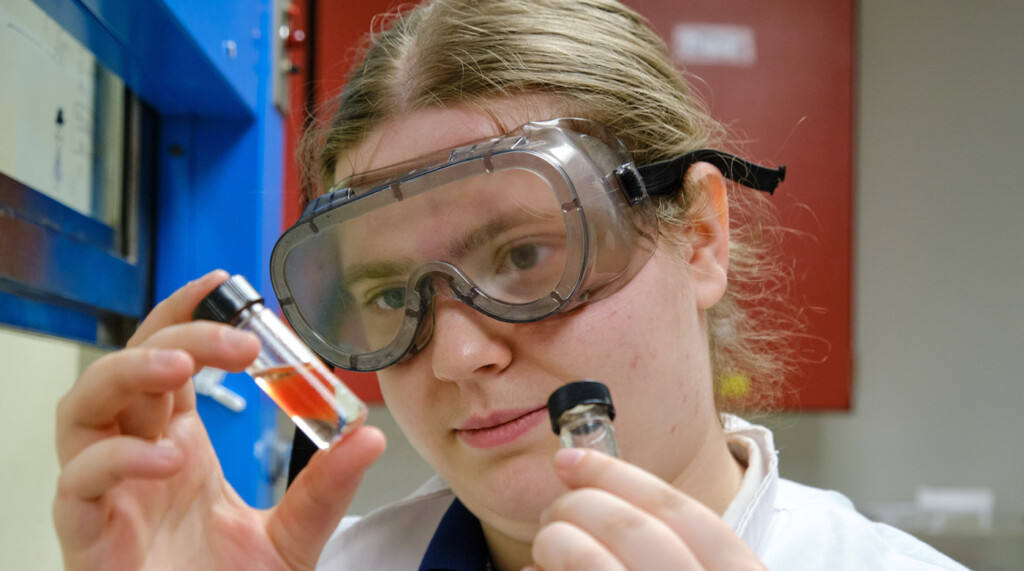 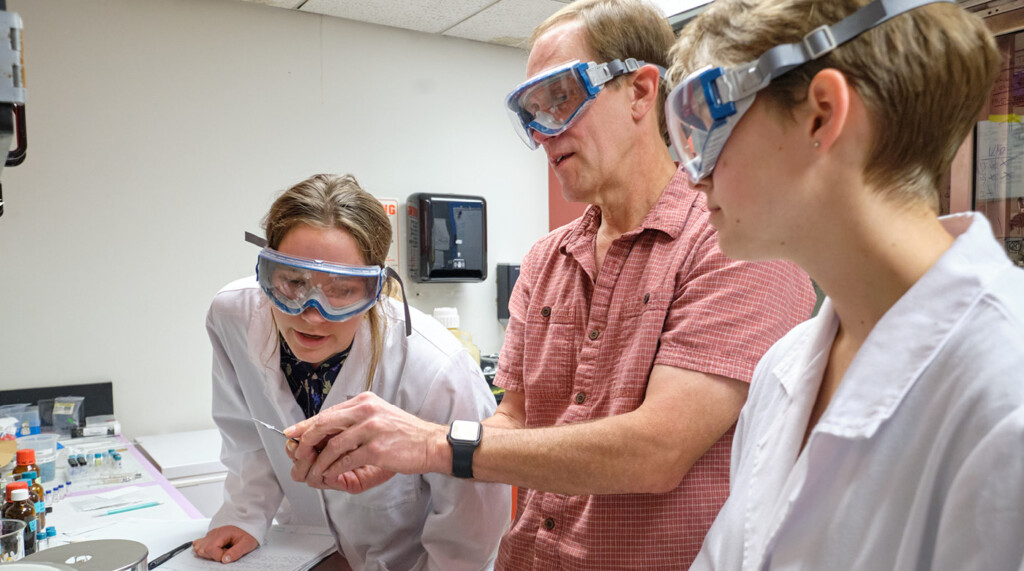 The Department of Chemistry has an outstanding curriculum, excellent faculty, great facilities, and is accredited by the American Chemical Society. Its faculty and staff will be happy to help if you need more information about the department or PLU.

These liquids, in particular, can even be flammable under the right circumstances. Remember Samsung’s exploding cell phones in 2017? That problem, as well as some safety concerns around electric vehicle batteries, can be attributed to issues with organic liquid-core batteries.

In the lab, Waldow and his students work to design, build and test molecules that can not only help make batteries safer, but also charge them faster and store energy from renewable sources such as wind and solar. One goal is to create a solid-state battery that does not rely on an organic liquid to move ions in the battery. It’s work that Waldow hopes will help humans make the shift away from fossil fuels.

“Not only should solid-state batteries be better from a safety perspective, but the time it takes to charge could be lessened and how much energy you could store in the battery would presumably be higher,” Waldow explains. “So, that could translate into being able to drive more miles in an electric car before recharging, for example.”

Waldow says requiring less frequent charging can remove some of the barriers that dissuade people from choosing electric cars.

“Depending on how much you want to charge an electric car battery, it takes 30-40 minutes for a good charge. People may become impatient with that and just want to go to a gas station and fill up,” he says. “The limits to those charging times can be attributed to different parts of the battery, which is what makes this research exciting for students.”

Now, buoyed by the NSF grant and a recent partnership with the University of Washington, Waldow’s polymer experiments are being used to create organic transistors based on polymers. While batteries store energy, transistors control the flow of and amplify electric currents. They are crucial elements of nearly all modern electronics. Waldow and his team hope to find ways to improve organic transistors for possible use in biological and medical applications.

“What’s really satisfying is to see students realize that they can do this themselves,” he says. “To see students develop confidence and curiosity and start to ask their own questions, and then apply that level of curiosity and skill to whatever they do next is the most rewarding.”