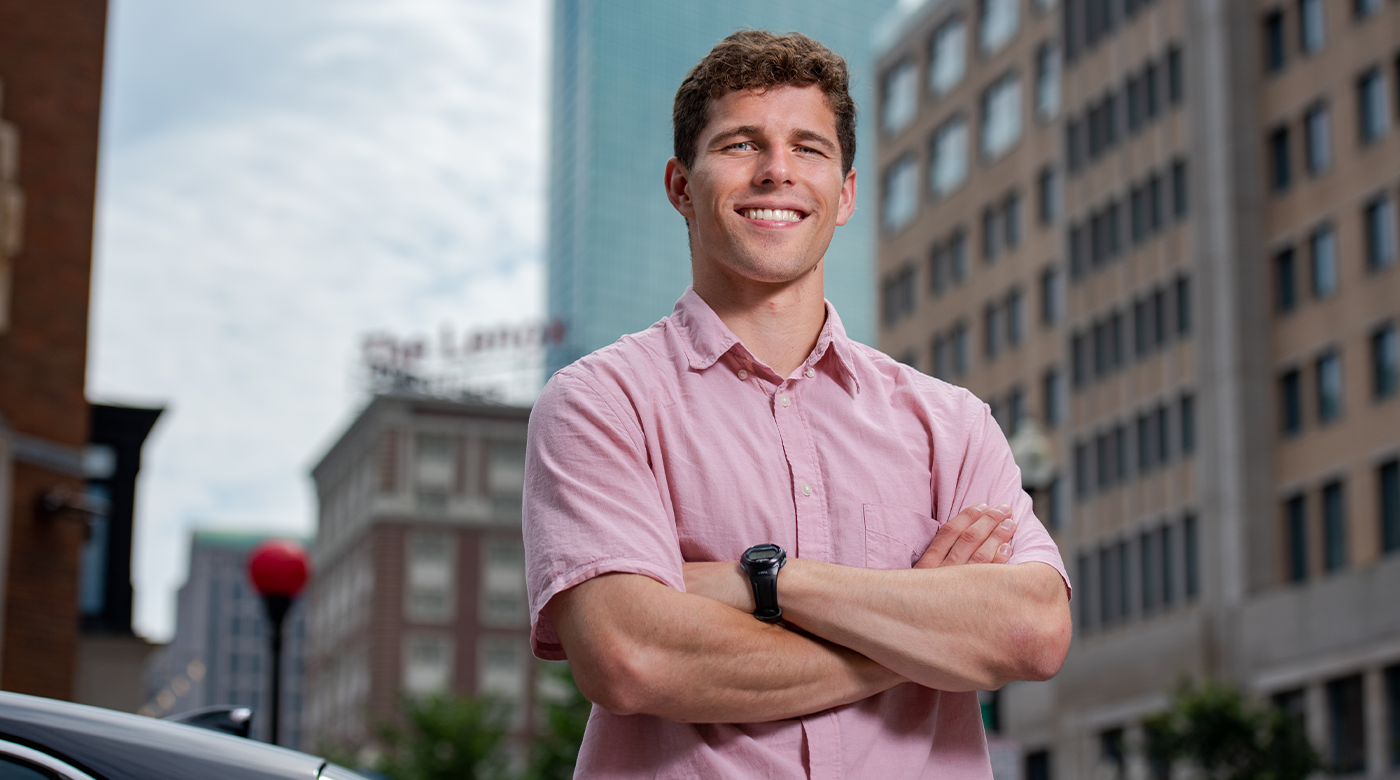 Image: Keegan Dolan in Downtown Boston outside the headquarters of the Analysis Group (photo by Derek Palmer)

Hard work pays off. Networking is key. Relationships are everything.

While this advice might sound cliché, people give it often, and for good reason. Just ask Pacific Lutheran University’s Keegan Dolan ‘22.

Dolan, a double major in philosophy and economics, is in the midst of a prestigious summer internship at the Analysis Group’s headquarters in Boston.

A leading economic consulting firm with offices around the world, Analysis Group’s internship positions are highly coveted and the application process is highly competitive. One thing that helped Dolan stand out from the crowd was his connection with a PLU mentor, Bruce Deal.

“Mentoring is one of the most interesting and fun ways to engage as alums,” Deal said, adding that the program is a great way to open doors for students and champion for PLU. “I encourage others to do it and connect.”

Deal serves on the PLU Board of Regents. He graduated from PLU with a double major in economics and global studies in 1987 and went on to earn a graduate degree at Harvard University. Today, he is a managing principal at Analysis Group’s office in Menlo Park, California. Through the mentorship, he not only encouraged Dolan to apply for an internship, but he also made some calls letting people in the organization know that Dolan would be a good fit.

“After applying and going through multiple stages of interviews, I was fortunate enough to receive an offer,” Dolan said.

Last fall, Dolan attended a virtual seminar hosted by the Economics Department, where several PLU alumni spoke about economics and how their work overlaps with the healthcare industry. Deal was part of that panel.

“What he described sounded very interesting to me,” Dolan said. “I knew that our economics department had a mentorship program, wherein undergraduate economics students are paired with PLU alumni, who then provide career guidance to their respective undergraduate mentees.”

“So, not long after the seminar, I reached out to Karen Travis, the chair of the department, and asked if Bruce would be willing to be my mentor. A few days later, I was extremely excited to hear he would.”

The two built a strong connection, meeting often via Zoom throughout the pandemic.

Dolan said his PLU classroom experiences have helped him in his internship, too.

“Many of the basic concepts that we learn in our undergraduate economics classes are used in the work that we do at Analysis Group. In many ways, my experience at AG has bridged the gap between theory and practice; we consistently apply economic concepts to real-world problems,” Dolan said.

He encourages his fellow PLU students to seek out mentors of their own.

“It may seem slightly intimidating at first, but it’s well worth it. You’ll get to connect with an alum who is not only smart and experienced and interested in the same things that you are, but who is also very devoted to your success and well-being,” Dolan said. 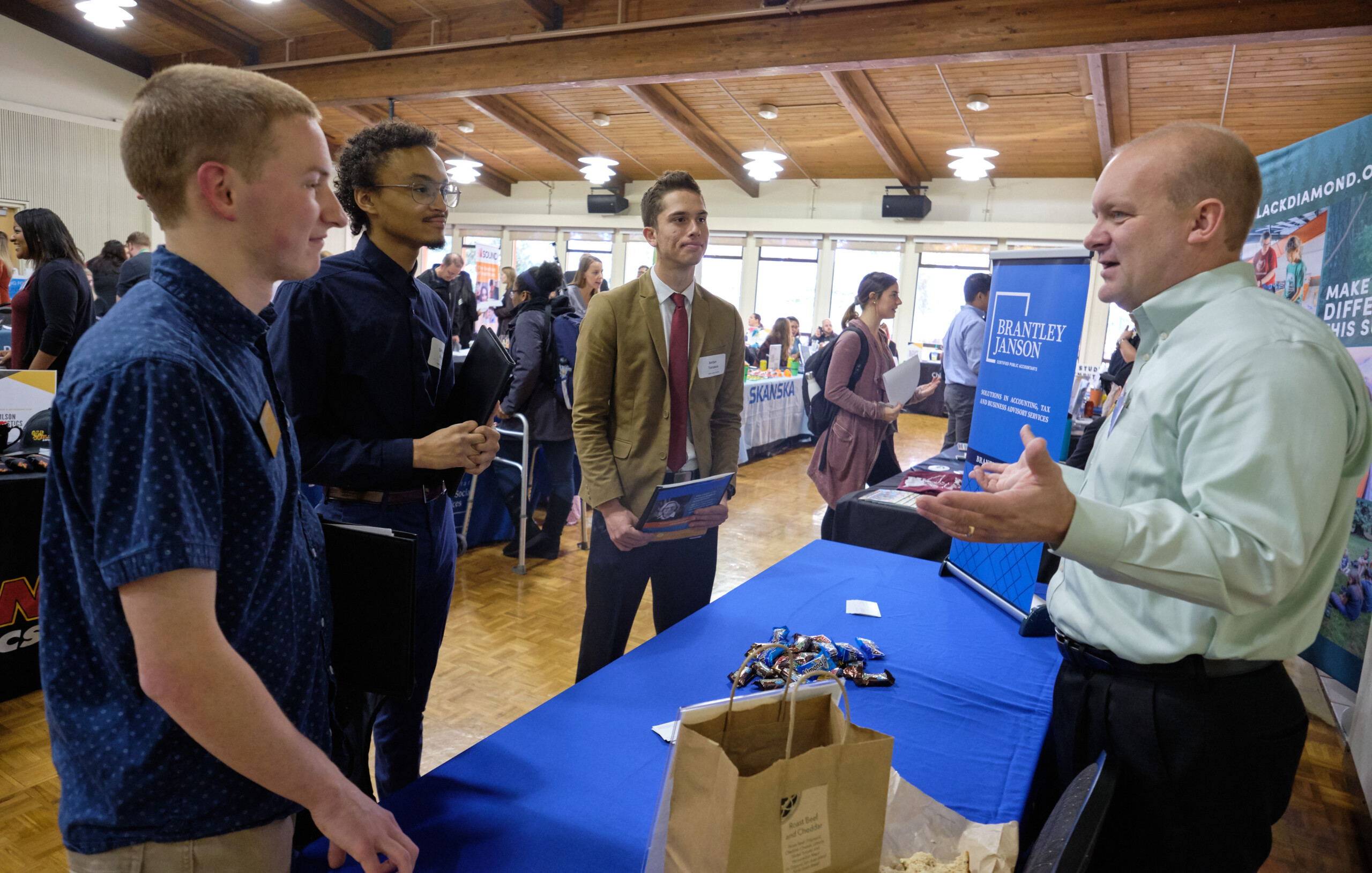 The Alumni & Student Connections Mentoring Program is a partnership with the Department of Economics which aims to support students’ professional development and help prepare them for the future. Throughout the program students will gain insight into career fields and build connections with alumni industry professionals, resulting in a rich and rewarding experience for all participants.

Follow the link to learn more about this exciting opportunity!