Image: Natalie Mayer has endowed a new lecture series at Pacific Lutheran University, the Natalie Mayer Holocaust and Genocide Studies Lecture, with the hopes of connecting the lessons of our past to the issues of the present.

By Thomas Kyle-Milward
Marketing & Communication
TACOMA, WASH. (May 2, 2018) — The Mayer family has a long, storied history of philanthropic endeavors with Pacific Lutheran University. Natalie Mayer wanted to build on that good work by endowing a lecture series that addressed what she saw as a growing need — the spike in racist and anti-Semitic acts across the United States.

The inaugural Natalie Mayer Holocaust and Genocide Studies Lecture, taking place on May 2, hosts language scholar and international expert Dr. Lid King, who will discuss how hate speech has flourished on the internet and detail how we must work to build a counter narrative.

“My (hope) is to have scholars and artists come to PLU, spend time with students in their classrooms and to have some sort of community event,” Mayer said. “I would like the community to know what we’re doing at Pacific Lutheran University. This is a way to connect the past genocides to the bigotry and hatred of today’s world, to bridge the past with the present.”

First, a little backstory. The late Kurt Mayer, Natalie’s father, escaped Nazi Germany as a child in 1940 on one of the last ships to transport Jewish refugees to America.

In his twenties, he found his way to Tacoma, made his wealth being a developer of affordable housing and became a mainstay in the community, eventually connecting with PLU by way of an invitation to speak to Chris Browning’s class about the Holocaust. Despite some initial skepticism, Kurt Mayer audited the class — thus kindling a relationship that culminated in a decade of service as a Board of Regents member, the blossoming of the university’s Holocaust studies program and the establishment of the endowed Kurt Mayer Chair in Holocaust Studies.

The Mayers, along with the Powell and Heller families and many others were the foundational members in promoting Holocaust Studies at PLU. Over the past ten years these three families have worked to never forget the past. Natalie Mayer wanted to expand on that message and keep the conversation going throughout the year — an interactive experience for students and community members that focused more on present-day issues around the world.

She’s carrying on her family’s legacy. But it’s more than that. She’s changing that legacy to keep up with a changing world.

“None of us can do anything about changing the past. We can be hopeful for a better world in the future if we all do our part.” 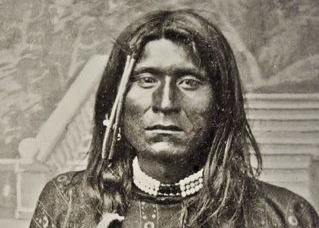 An American Genocide: The United States and the California Indian Catastrophe, 1846-1873

Wednesday, May 6 – Benjamin Madley, Ph.D. will speak about the first full account of the government-sanctioned genocide of California Indians under United States rule.

What Makes a Man Start Fire

Thursday, April 11 – Alexander Hinton, Ph.D. at Rutgers University, spoke on what makes a person “start fires” of genocide and hate in the U.S. today.

The Language of Hate

Wednesday, May 2,2018 – Language expert, Lid King, Ph.D., shared how hate speech spreads across the internet and what can be done to develop a counter narrative.