The Bongo ethnic group is located in Sudan and is made up of many family sub-divisions. In his research paper about the Bongo, Santandrea categorizes the Bongo into two main groups: the Tonj kinsmen and the Wau. Within these groups there can be even more sub-divisions. There is little chiefdom organization and a clear system has not been developed. As a result, there are not chiefdoms that have been in charge for several generations. This allows for more diversity in leadership. (Santandrea, 9)

In the Bongo society, some graves have carved posts with human like figures that are made for higher status individuals. There is no known ritual that would be done when erecting such grave posts; they are simply there to honor the dead. Historically, most grave markers would have been accompanied by a second post with notches carved into it that were said to indicate the number of enemies the dead man had killed or the number of large animals such as elephants, lions, hippopotamus, rhinoceros, and buffalos, he had killed. There are specialized individuals who are commissioned to create these posts. These woodcarvers are typically from the Tonj group of the Bongo. (Evans-Pritchard, 35-38) (Santandrea, 74).

The Bongo grave post in the PLU Collection is a male figure, made out of wood, and is approximately 58 inches in height. On the face, there are small metal pieces put in a symmetrical pattern (three rows of 12 on the forehead, three by three rows on the cheeks near the nose, and four by four rows on the bottom portions of the cheeks), which are meant to represent tattooing that is typically done by the Bongo. There are more metal pieces embedded on the chest of the figure (11 metal pieces on the right nipple, and 10 metal pieces on the left nipple).  The face also has a slightly protruding forehead, slit like eyes, and mouth that is oval shaped and slightly open. The figure on this grave post has a skinny long torso with arms that have distinct fingers bend slightly and resting on hips. There are also two bumps on the stomach of the figure, which represent the piercings that men fill with wood in order to create these distinct bumps. Additionally, the ankles of the figure have bands of metal adorning them (11 on the right, 10 on the left). (Evans-Pritchard, 9)

Woodcarving among the Bongo is a dying tradition. When Fr. S Santandrea went to Africa to study the Bongo society in the mid-1900s he noted that he only found two grave posts and that they were of poor quality. During this time, the government attempted to set up a workshop in order to allow Bongo artist, such as woodcarvers, a place to do their work, but since Bongo art was not very popular in the market, this workshop did not have much success. (Santandrea, 77). 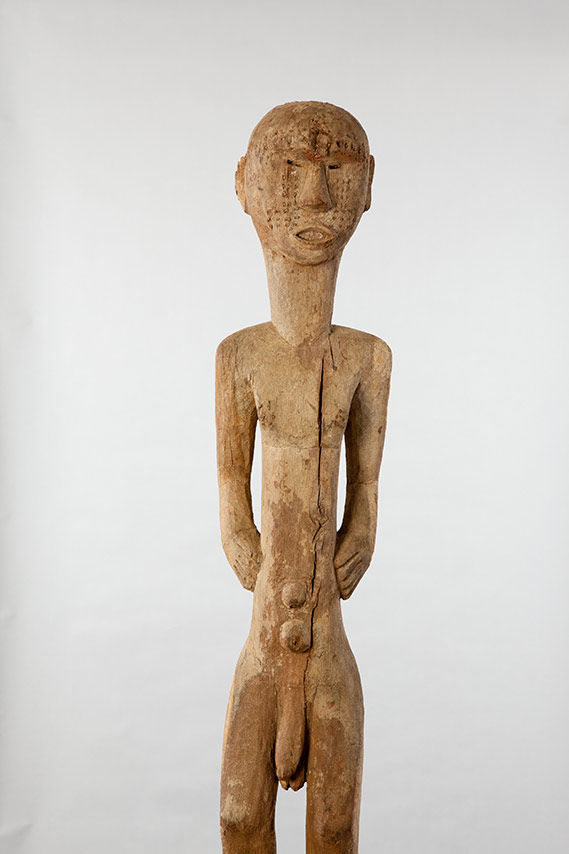 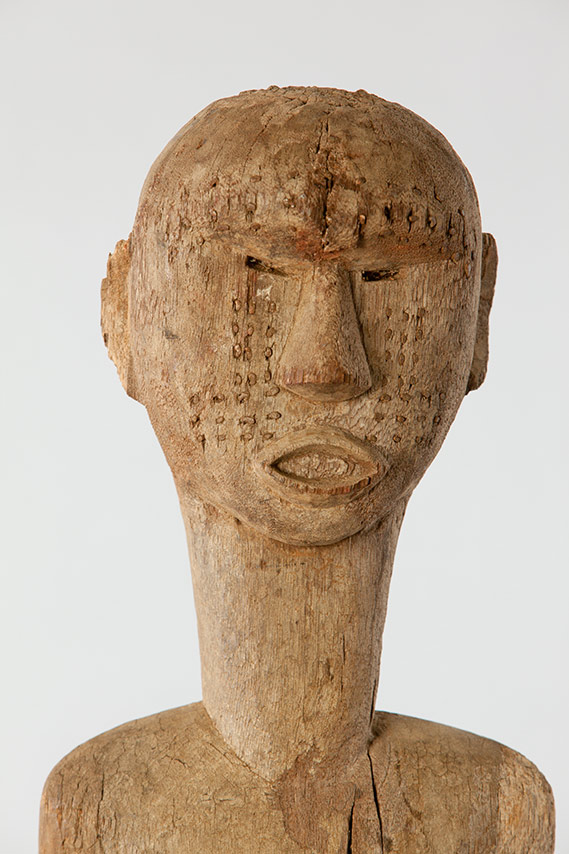 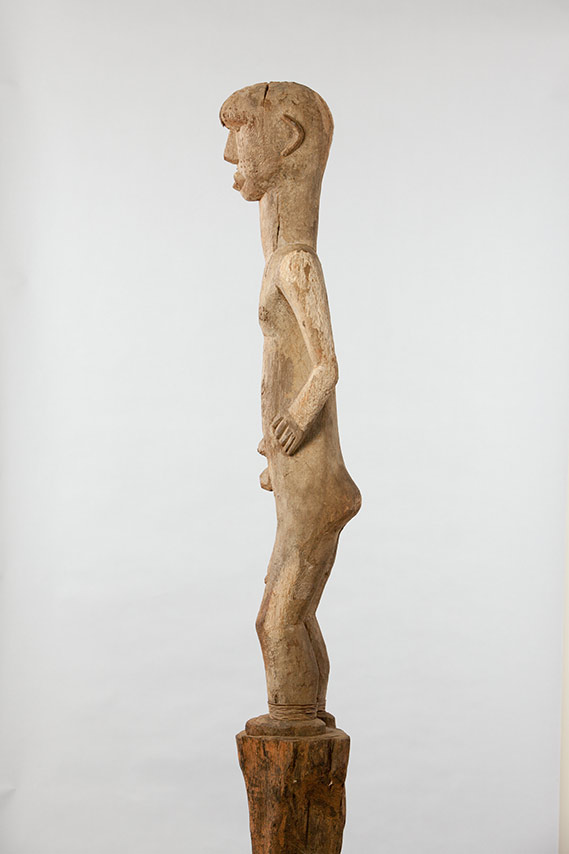 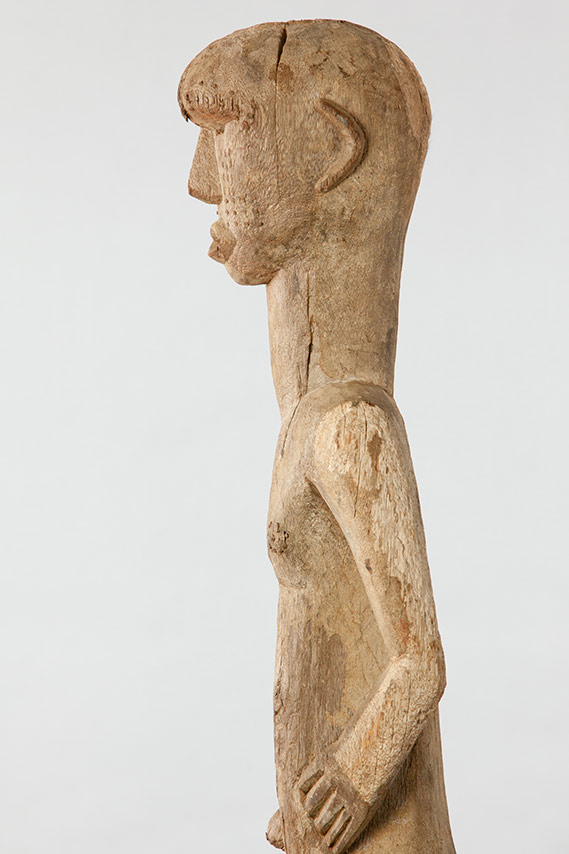