The Lobi people live mainly in Burkina Faso, with smaller groups residing in Cote d’Ivoire and Ghana. They are mainly farmers who sustain themselves growing millet, sorghum and corn, and cash crops like peanuts and cotton. They also raise livestock and will occasionally hunt. Traditionally, the Lobi lived in self-governing villages until 1901 when the French brought colonialism to the area. Despite the significant Islamic influence surrounding them, the Lobi have largely maintained their animistic beliefs.

This wooden figure, called bateba, depicts a Lobi male standing upright. His upper arms go straight down then bend at the elbows at almost 90 degrees, with his hands resting at either side of his stomach. The figures head is disproportionally large compared to the rest of the figure. The head has pronounced lips that stick out past the rest of his head. His nose comes straight down from his forehead and goes down just past the nose. As is typical of such figures, the shoulders are squared and the pecs or chest muscles are W-shaped. His belly button also protrudes from his stomach. He has no distinct hands or fingers and his feet are blocks at the end of his legs.

Bateba generally translates to “wooden carved figure”. The Lobi consider these figures to be protective house spirits. Throughout Lobi country exact meaning can differ, but the general consensus is that the figures function to protect the families who own them. Families provide offerings and sacrifices to the spirits that reside in the figures in hopes of keeping them happy so they continue to serve the family. Offerings can include food, beer, sacrificed animal blood, pottery, and other things. The bateba are always placed on a shrine in the house and they are regarded as living beings with the ability to act against forces that could harm the family.

Anyone can learn to carve bateba figures and creating them is not limited to people with specialized training. They therefore can vary widely in style. They are almost always made in pairs, a male and a female, however it is unclear if these two figures in the PLU collection were ever such a pair; they were accessioned years apart from each and it is impossible to identify their maker. 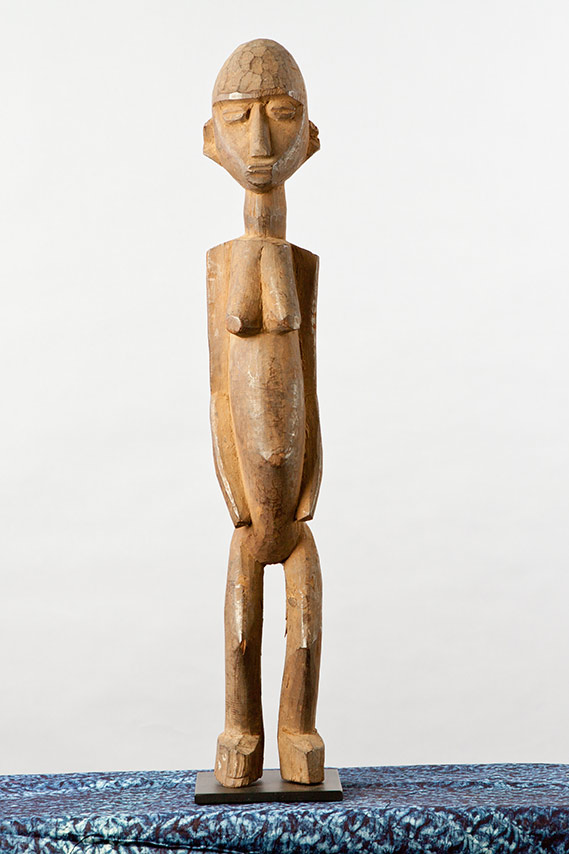 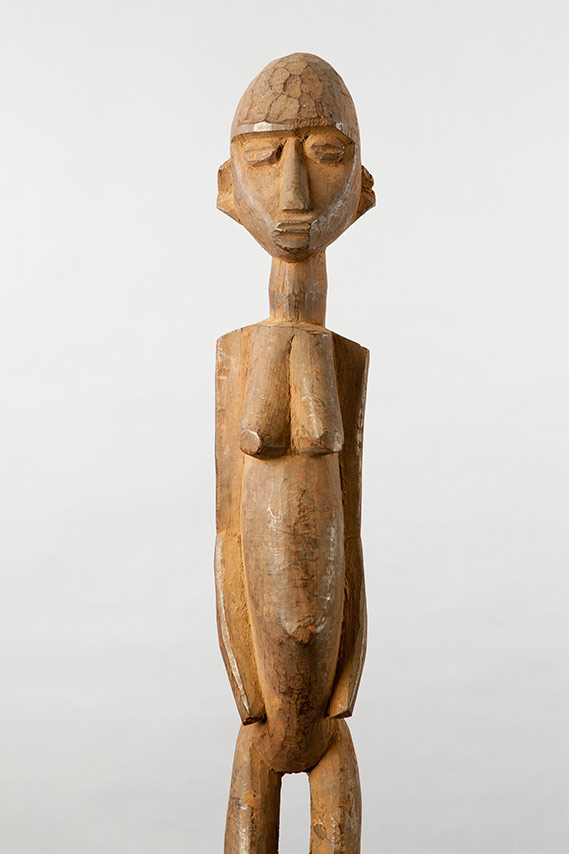 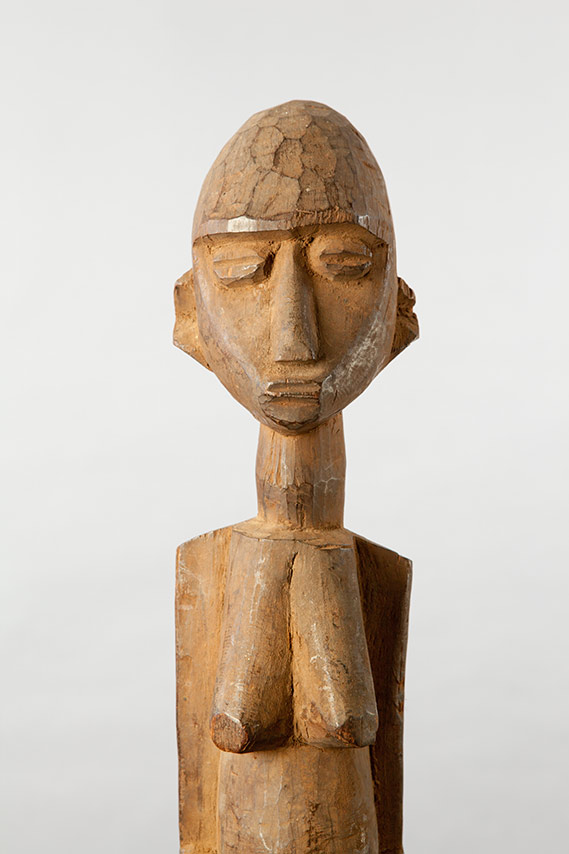 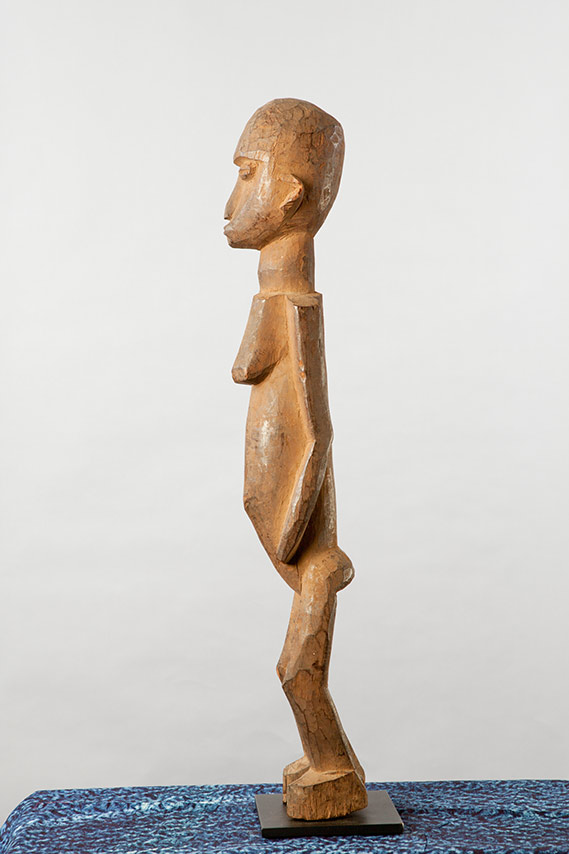 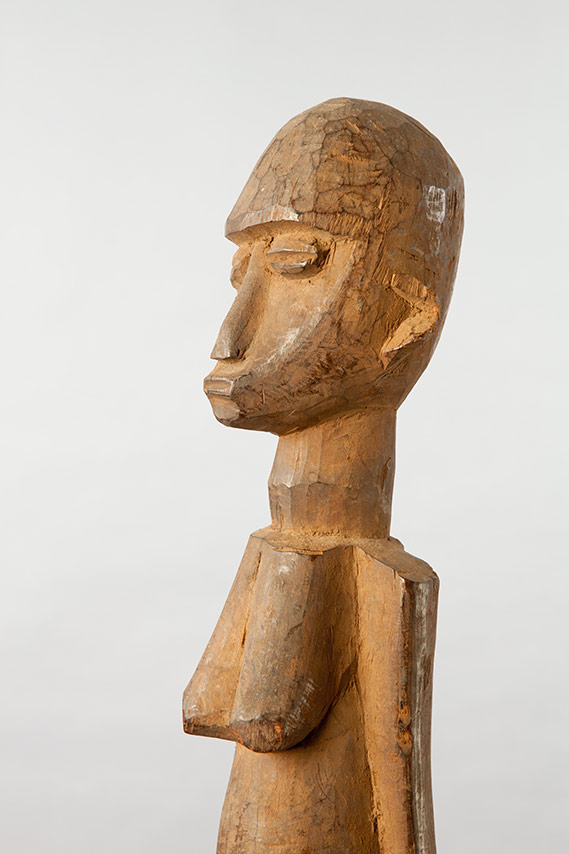 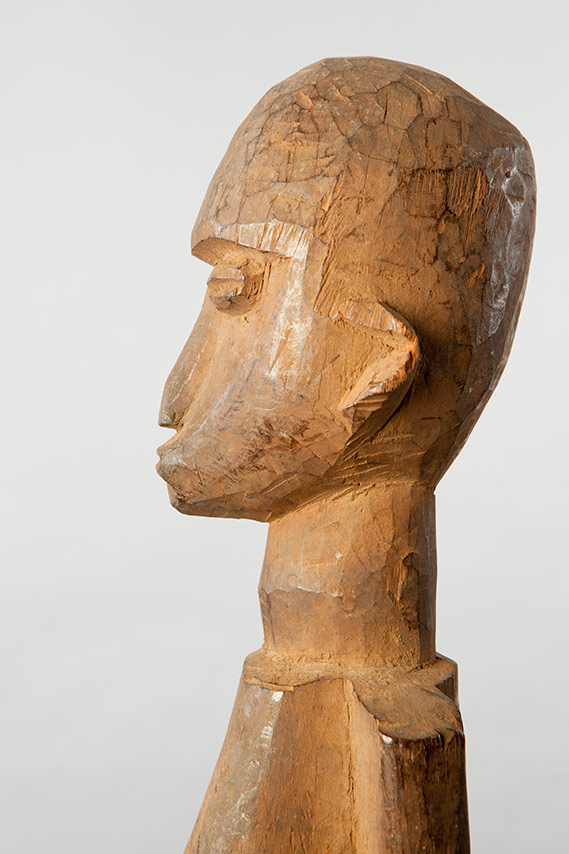 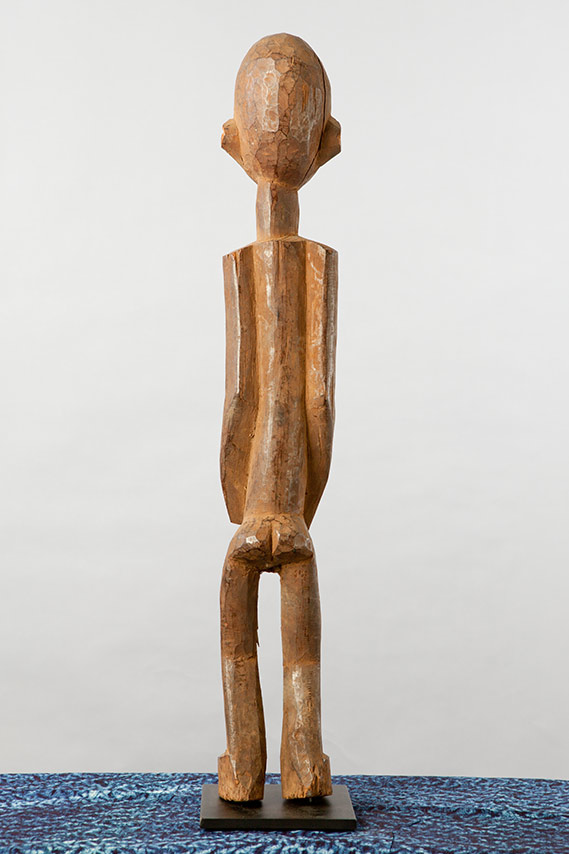 There are also different kinds of bateba. Bateba Phuwe are normal or ordinary bateba because they have no specific defining posture and are often standing with their arms straight down. These figures can have a variety of different functions, such as protection, good wealth, and to bring luck to the family. Bateba Ti Bala are called unusual or extraordinary bateba because they have much more specific uses and often have much more detail. The subcategories for these are thil dorka and betise. Thil dorka have two heads that represent a deity with the ability to see in several directions at once, making them very dangerous and powerful. Betise depict a man and woman mating and they help men find a wife and help women avoid sterility. Bateba yadawora are called sad bateba because they have sad expressions and their function is to mourn for their owners. Bateba ti puo are called dangerous bateba because they block entrance to harmful forces such as disease and witchcraft. They are holding one or both arms up. Bateba bambar are called paralyzed bateba because they depict a man or woman with their legs stretched out in front of them, mimicking a paralyzed person. These protect children and elderly people from paralysis. Again, it is impossible to generalize between all of the Lobi peoples and some villages will have different meanings and uses for their bateba. (Rand African Art)