In Mossi society, the use of wooden and brass figurines is connected to two groups of people within this society that are said to have been around since the creation of the Mossi states at approximately 1500 A.D. During the creation of the states, horseman from the north came into the Ghana area and conquered many of the people living there. Today, and in the past the Mossi are divided into two groups; the nyonyosé (the descendants of the conquers) who traditionally hold political power and the tengabisi (the descendants of the conquered) who are the group ruled by the nyonyosé who historically and today are farmers, blacksmiths, or craftspeople. Traditionally, these two groups who are said to both be powerful and play an active role in daily society have had distinct and separate roles in their relationship with the ancestors. Typically, the tengabisi use and create masks, which represent spirits that they believe have the power to help crops, prevent diseases, and control the weather, while the nyonyosé create and use wooden and brass figures as symbols of their political power. (Roy, “The Art of Burkina Faso”)

Most Mossi human figures are female; male figures are much less common. The gender of the figure in the PLU Collection is not clear due to the shorts carved on the figure.  Although the gender is not known, the figure still shares common characteristics found on other Mossi figures. This includes arms, which are rigid and parallel to the thighs and the multiple scars that are carved in the face which imitate ventral scars that are commonly worn in the Mossi culture. The use of scarification is important because it indicates one’s social status. The figure in PLUs Collection has scaring that is similar to those done on individuals with high political standing. Carved figures in Mossi society may have additional characteristics not seen on PLUs figure, since such figures are highly individualistic and usually made on request by an individual. Among the Mossi, there are usually several carvers in the community which accounts for the diversity that is seen in figures. (Cullivan, 14) (Roy, 53)

These figures are only displayed in a public setting yearly during the ancestral sacrifice ceremony that is done by the nyonyosé class. During this ceremony, the figures are usually clothed and have decorations. For example, some of the figures have a cloth wrapper around their bodies, in a similar design to a Mossi women’s traditional dress. The figure may also have its head wrapped and sometimes cheap jewelry is added.  However, when dressing the figure, it is important that the breasts are not covered in the presence of a chief or an elder. (Roy, 53) 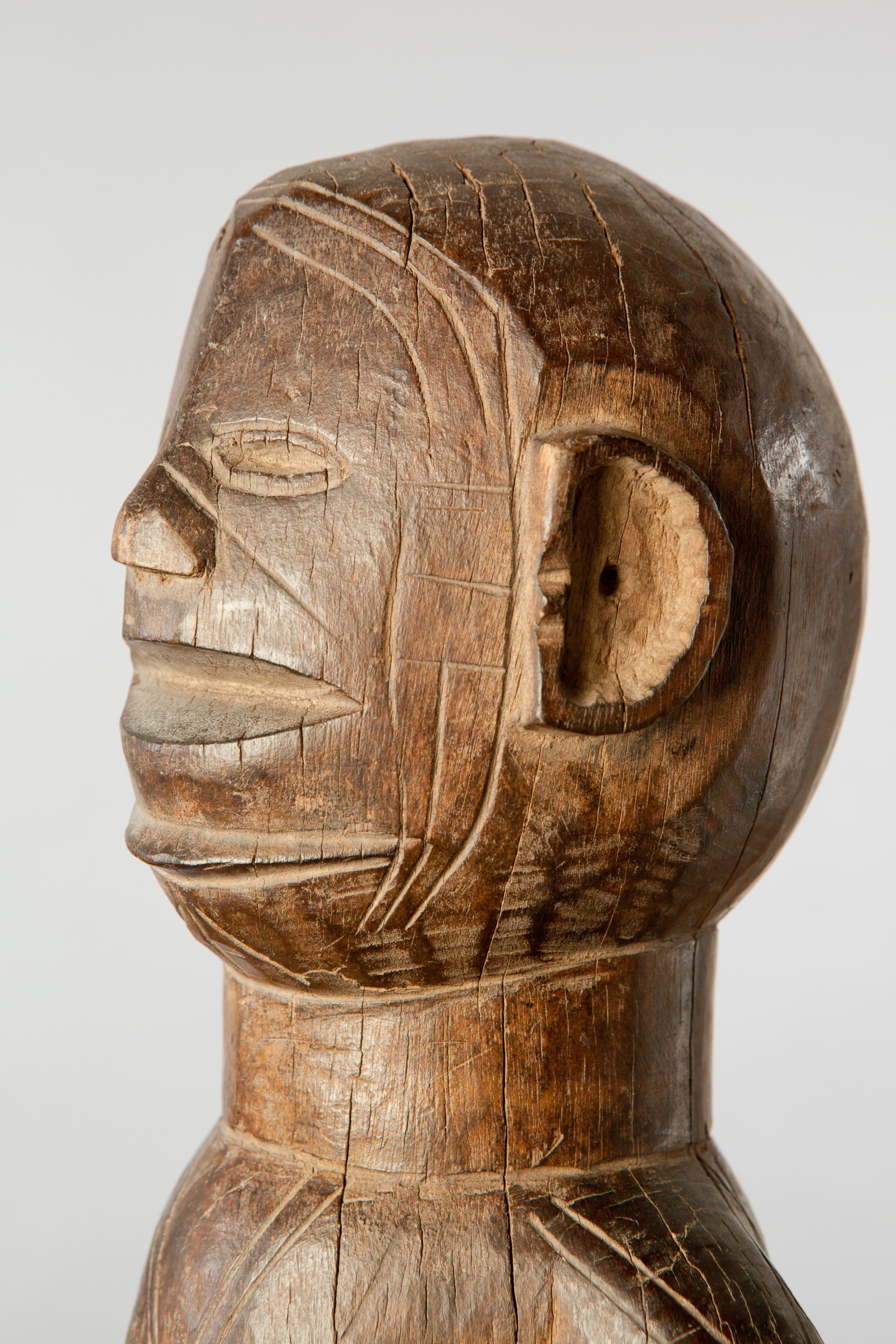 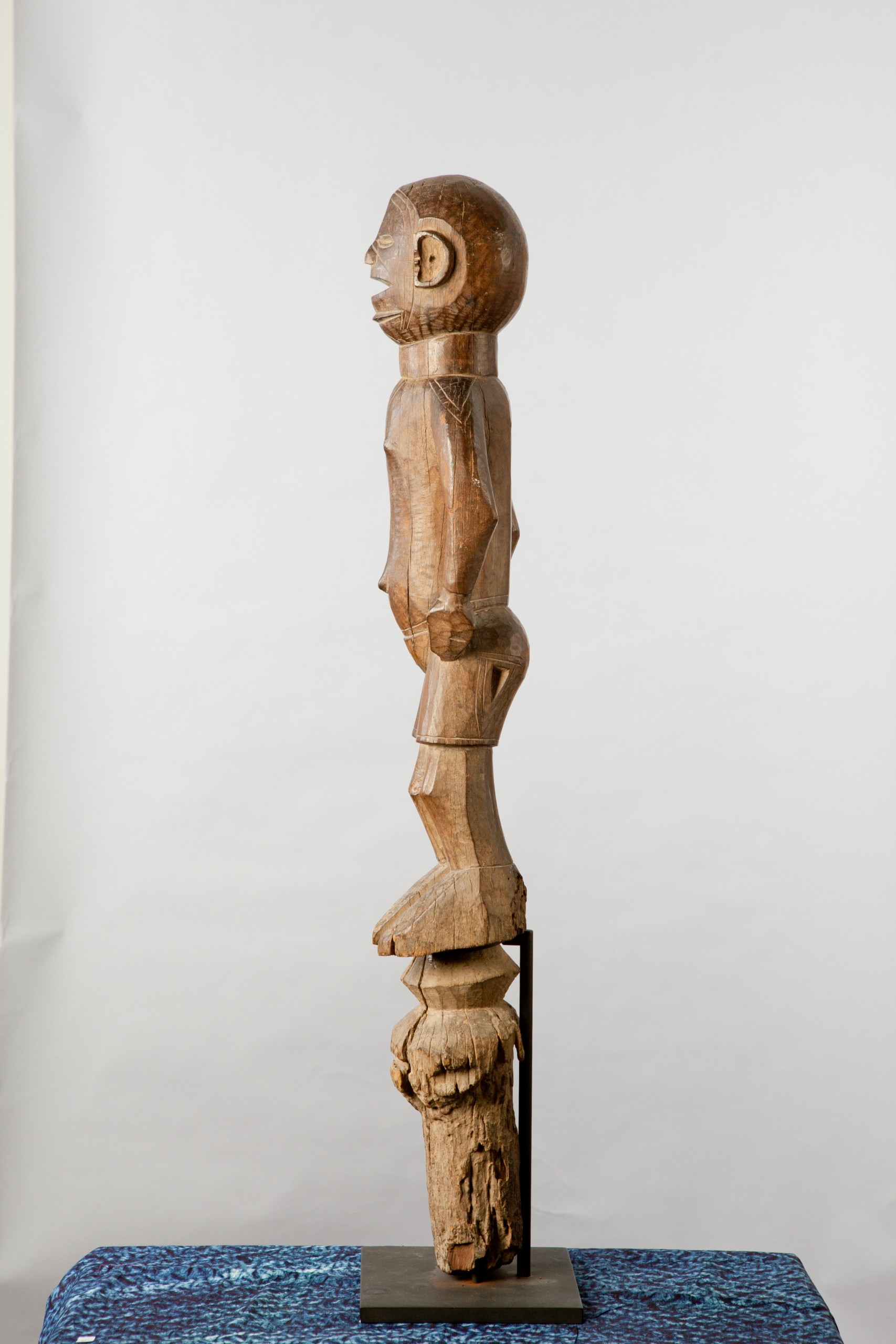 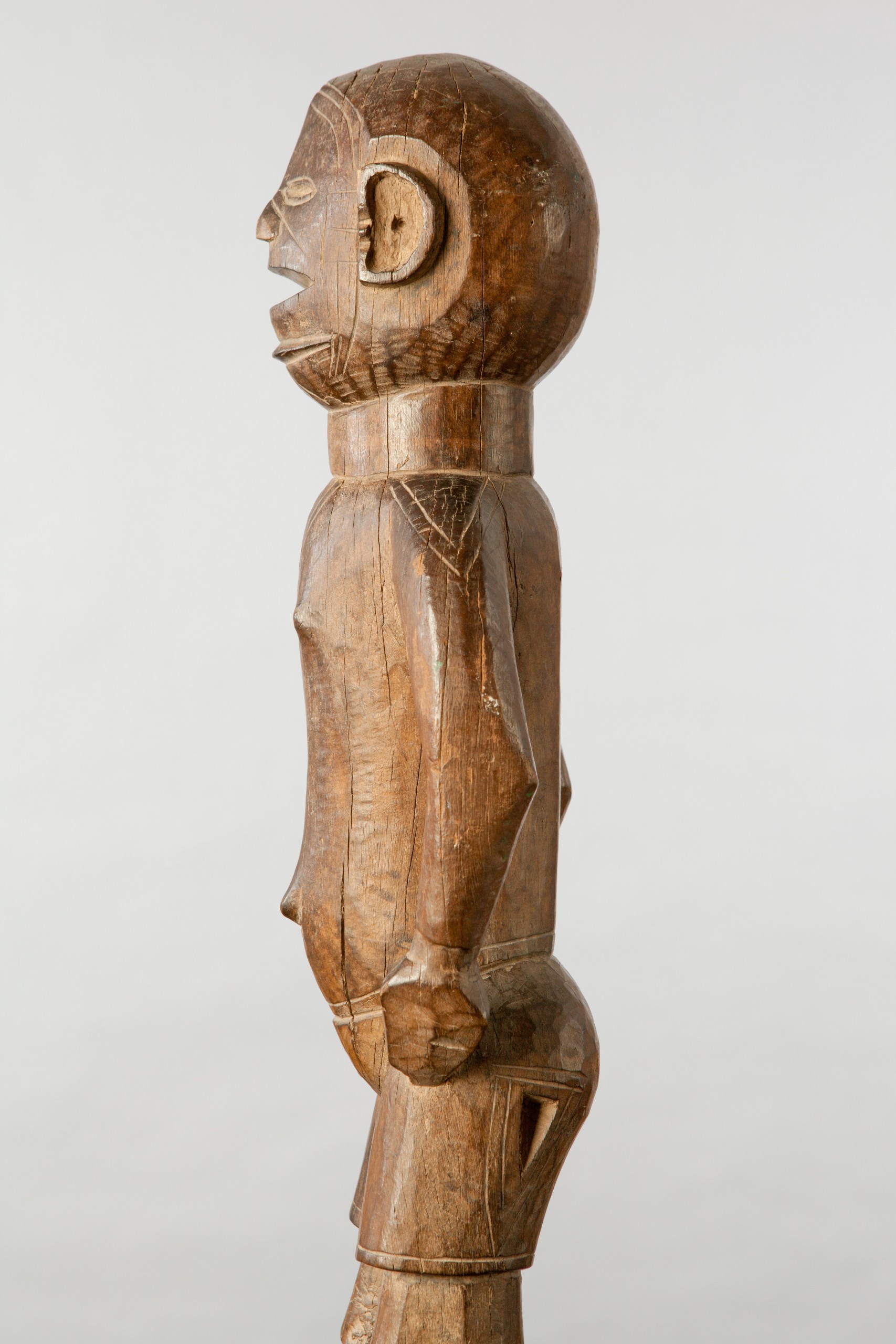 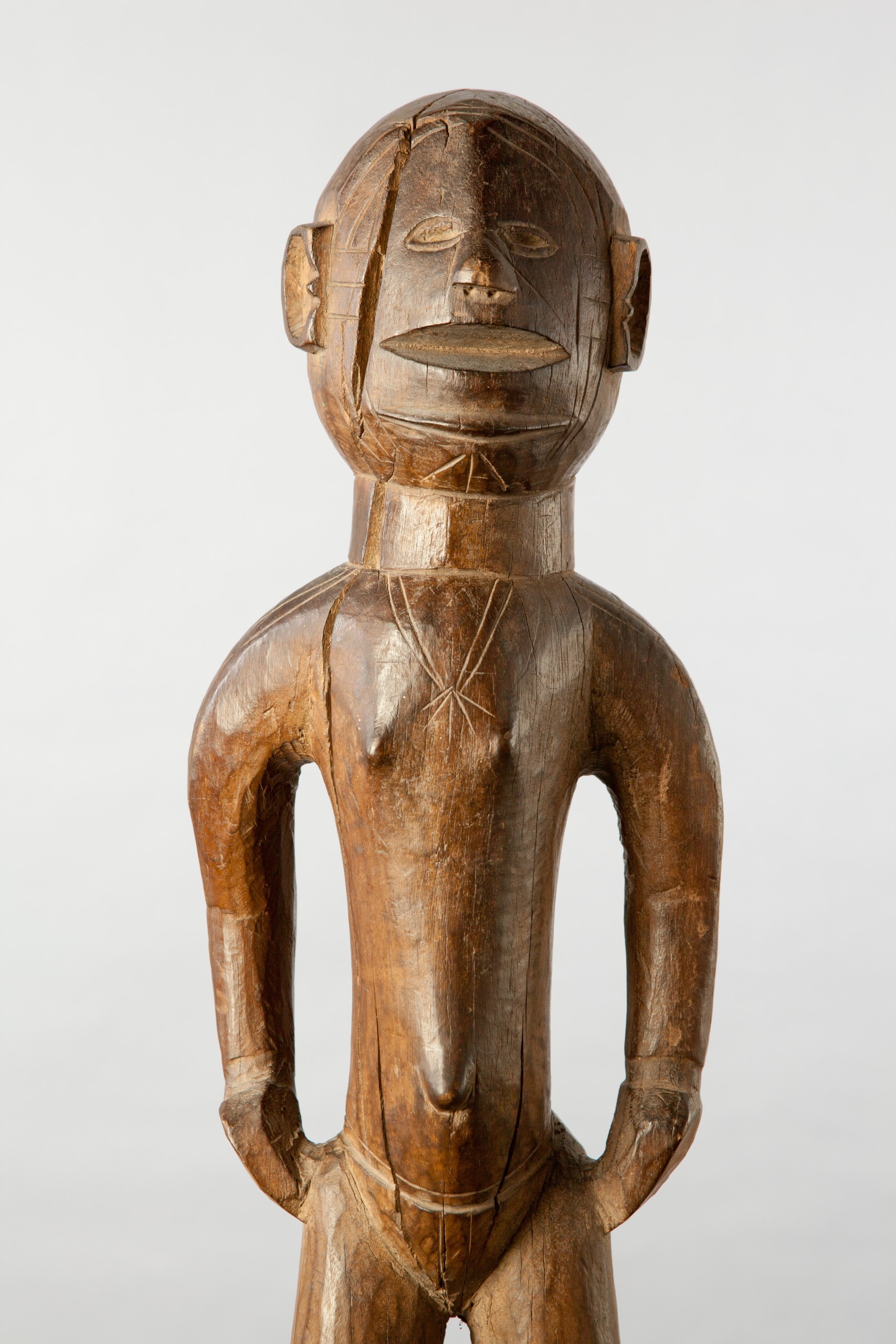 The figure in the PLU collection is a post and these are displayed in male and female pairs and are put on the each side of the chief’s residence entrance. They are there to show visitors that this is an important house of a chief and they also serve to guard the chief’s residence from dangerous spirits. These posts only stay at the entrance for a year and are replaced following the harvest sacrifices where the ancestors of the chief are honored. Following the ceremony, the old posts from the year before are buried, in an imitation of burying a human body. (Roy, 59)

Cullivan, Lauren. “The Meaning behind the Marks: Scarification and the People of WA.” African Diaspora ISPs. Paper 4, 1998.

Roy, Christopher. “The Art of Burkina Faso.” University of Iowa Museum of Art: Art and Life in Africa. Accessed April 15 at http://africa.uima.uiowa.edu/topic-essays/show/37?start=18.