Gre masks, such as the one in the PLU Collection, were carved by the Bete People of the Republic of the Congo. These masks are carved from wood, designed to depict characteristics of the hostile spirits found in the environment where the Bete live. The face of the mask is flat which emphasizes the protruding features. The embellishment on the nose, the feature that protrudes out from the face, has 11 metal tacks,. Tacks also appear on the mouth in a vertical line, and five tacks cover the front of the horns that extend from the cheeks to the chin. Another set of horns point inward toward the center of the face. Both the eyes and mouth have slits, exaggerating the wide slender eyes and protruding mouth. At the top of the mask, there is a half metal loop that is in line with a crest that goes vertically across the protruding forehead. There are three holes on either side of the nose beneath the eyes that allows the wearer to see. Another 16 holes go around the chin that would connect a beard made of fiber to the mask and the 47 holes that go around the entire face on the edge of the mask would connect raffia fonds to other pieces of the costume to conceal the wearer’s identity. During the dance when gre masks are worn, each wearer /mask is individually introduced and the performance is in the Nyabwa language. Gre masks occasionally appear in entertainments and other public festivals, funerals, trials, inter-village treaty ceremonies and during hunting and what activities. At the end of a time of mourning or in honor of an important person, the mask is again worn. Occasionally a lance is carried by the mask wearer, which references the masks original use in preparing men for war.

The Southwestern part of Cote d’Ivoire, where the Bete People live, is covered in dense forest. The Bete’s concept of respect for social rules in their village are carried over to their respect for aggressive and hostile nature spirits they believe Gre masks embody. The people who wear the masks are viewed as protective agents that represent the spiritual forces. Distorted features like facial protuberances, horned heads, bulging forehead, and tubular eyes create the grimacing face gre masks are known for. Gre masks are designed to provoke terror through embodying wild animals. Some are said to resemble living wild animals such as wild hogs or chimpanzees that are both found in the heavy tropical forests .The Bete use the term “gre”to describe terror, hence the name gre mask. Emphasis on a an animals strength and ferocity are the traits portrayed in the Gre mask, giving it power to expel evil forces and disease through masked dance performances. 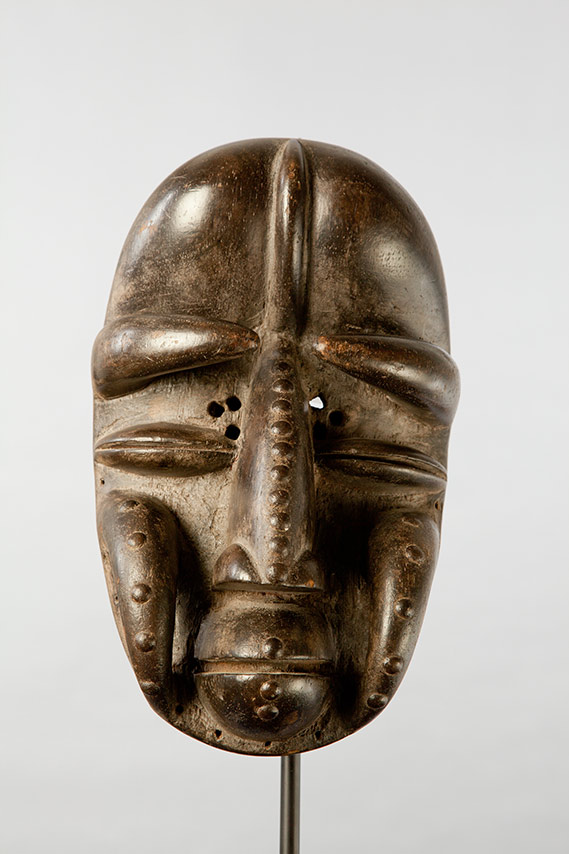 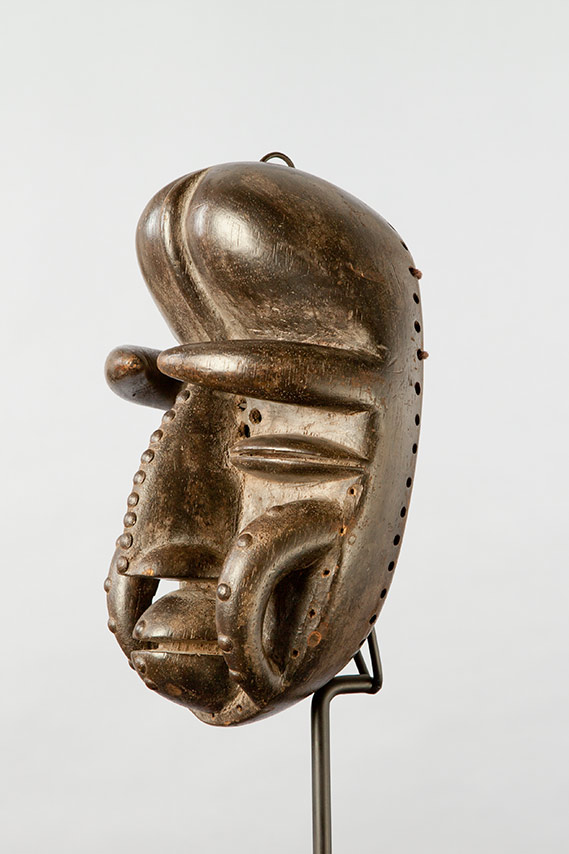 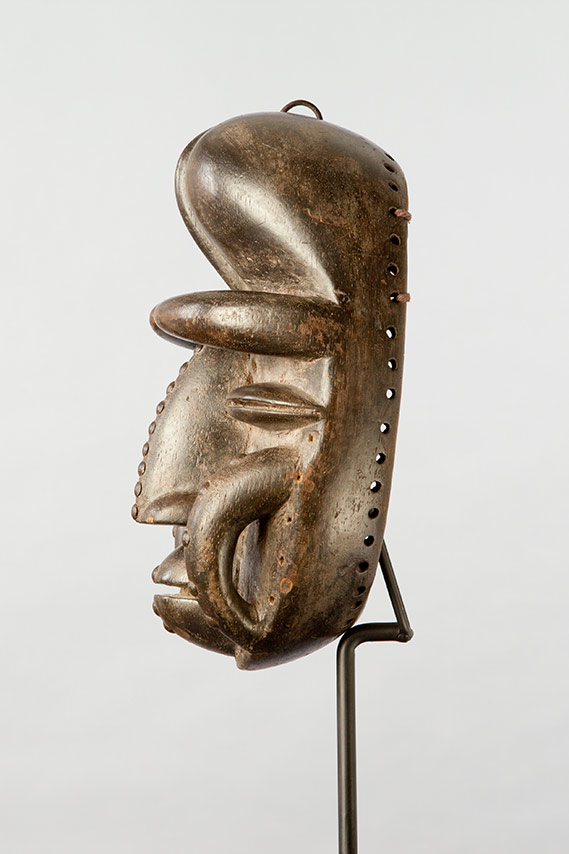 Before the 1960’s, when the Bete were not one of the three leading numerically largest peoples in Cote d’Ivoire, Gre masks were worn after periods of war to represent peace restored. Traditions of the gre masks are only seen in the western Bete territory. Gre masks are said to date back to the 19th and 20th century when the Krahn people took over the neighboring Nyabwa. The Krahn People practiced forms of animism, believing inanimate objects hosted ancestral spirits that they worshipped. Because the supreme God was too distant to directly worship, they prayed to their ancestors, who could then convey their prayers to the God. The Gre mask represents this form of animism that was passed down from the Krahn People to the Bete people.