The sowei mask is one of the most important and recognizable symbols in the ceremonies of the Mende people. The Mende are one of the largest groups in Sierra Leone. There are two separate societies within the Mende: the Poro (the men’s society) and the Sande (the women’s society). Both of these societies prepare and train young Mende people to be initiated into adulthood, but the Sande specifically teach girls the necessary skills to prepare them for becoming mothers and fulfilling the expectations of women within society. One of the most important events in the society is the girls’ coming of age ceremony, which takes place when the girls have completed their training and have successfully entered womanhood. This means that the girls are eligible for marriage and motherhood. According to Boone, this ceremony signifies the liminal change in which the Mende girls “give up their old life and begin a new one.”

One of the most prominent aspects of the ceremony is traditional song and dance. While dancing in the event, officials of the Sande wear sowei masks, which represent the spirit of the society. The sowei mask is a “helmet mask” that is worn over the head and the rest of the dancer’s body is hidden by blackened raffia fibers and cloth. Since the mask serves as the visual connection to the spiritual world, the officials’ faces and bodies are not visible, and thus conceal any human attributes. This way, the leaders can fully embody the characteristics of the spirit. The spirit of Sowei represents the ideals and authority of the society, and is understood as the Sande society’s teacher, healer, and judge (Boone 36). Senior officials of the Sande also adopt specific roles when wearing these costumes; some frighten the audience while others serve as comic relief in the ceremony.

Even though the masks are worn exclusively by women, they are carved by male artists. The sowei mask is made out of wood and finished in a monochrome black color made from vegetable dye. Since the masks are worn as helmets, they must be light and comfortable when resting on the dancer’s shoulders. The masks typically weigh between two and four pounds. They must also be symmetrical and fresh looking. And because the features of the masks are representative of the Mende ideals of feminine beauty, they are small and delicate. 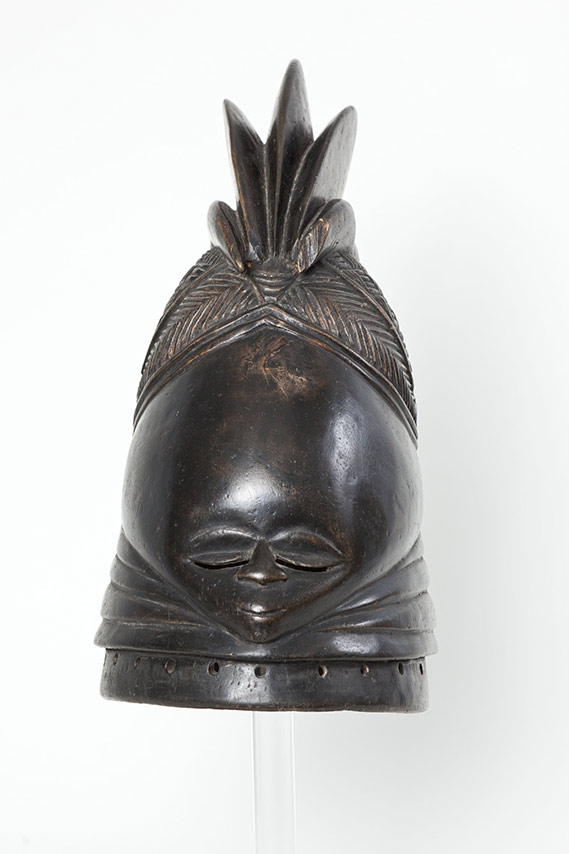 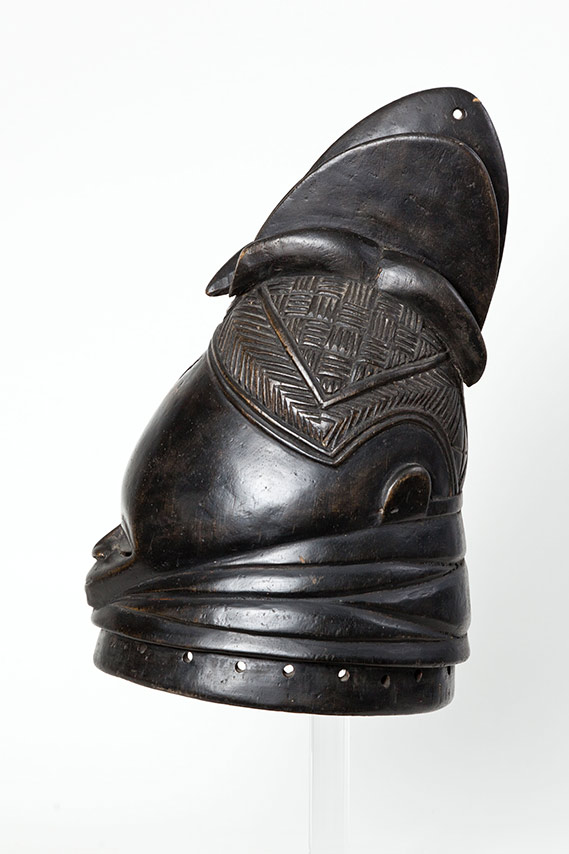 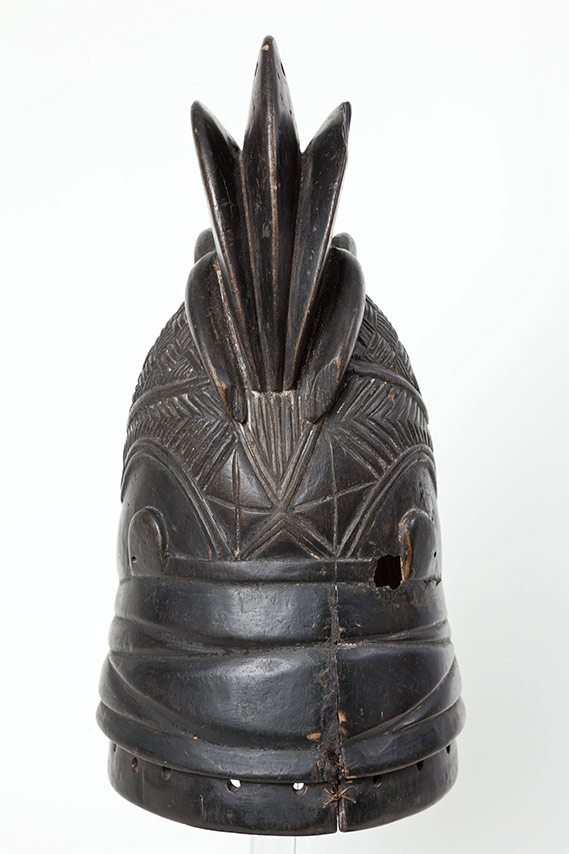 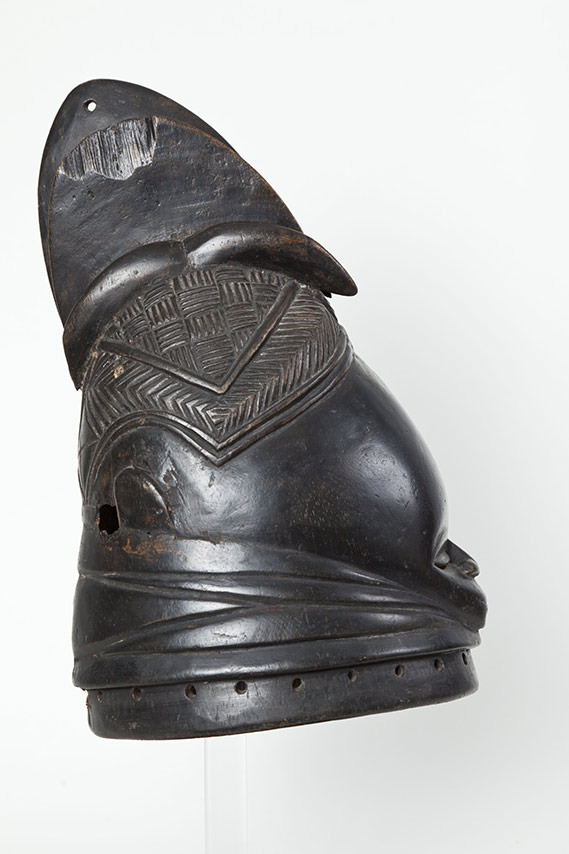 There are three major aspects of the mask: the neck, the face, and the coiffure. The neck typically features two to three rings of flesh, which signify the Sande’s desire for plumpness, which is a sign of wealth and prosperity. The face includes downcast eyes, small ears, and a large, rounded forehead. The mouth is also small, and tightly closed, since spirits are silent; talking is seen as an attribute of the human world. The coiffure includes the mask’s representation of hair and other embellishments, such as the symbol of a bird or snake.

The three sowei masks in the PLU collection represent the typical features of a sowei mask: the neck rings, delicate features, high foreheads, and intricate hairdos. The first of the sowei masks (2009-02-016) includes a unique attribute that the other two masks do not: scarification around the eyes. Scarification is occasionally utilized in the creation of sowei masks as decorative marking, based on the artist’s stylistic preference. This particular mask also has multiple rows of braiding and cornrows and a platform that was previously used to display an amulet. The chin of the first mask is not extremely developed and has two rings around the neck. The second mask (2011-02-029) has a particularly large forehead and a pointed, triangular chin. This mask’s coiffure has multiple levels of braids, as well as larger crest braids that are horn-shaped. Finally, the third mask (2011-02-030) looks somewhat similar to the second, in its sharp chin and rounded forehead, but has an even more ornate hairstyle. In addition to rows of braiding and horn-shaped braids, this coiffure contains intricate patterns. All of the masks have small holes around the base of the helmet, which is where the black raffia skirts were previously attached.