This wonderfully carved wooden pipe with a beautiful patina depicts a female figure holding her breasts, which is a common image in Luba art that is said to symbolize respect, nurturing, and motherhood. It is also that women hold the village’s secrets and history in their breasts and they are holding them to symbolize protecting these secrets and the people’s history. She is sitting upright, with her knees with legs folded straight behind her above a wonderfully carved bowl for the smoking material. Her hands and feet are distinct, with five fingers and five toes. She has a soft, feminine face with distinct lips, eyes, and nose. Her belly button protrudes from her body, and she has distinct scarification on her sides and below her stomach, which is said to be popular in Lobi culture to make women more beautiful and to prepare them for the pain of child birth. She wears a hat or an ornate braided hairstyle with a decorative band on it.

The Luba inhabit a wide area throughout much of south-central Democratic Republic of the Congo. Luba applies to a variety of peoples who are of different origins but speak closely related language and share many similar cultural traits. The Luba occupy savanna and forest regions and practice hunting, gathering, farming, and herding. They practice circumcision, women’s initiation, have associations with hunting, magic, and medicine. They are also renowned wood-carvers.

The religion of the Luba people share common cosmology and basic religious tenets with other types of African religions. They believe in a universal creator, who they call Shakapanga, the afterlife, communion between the living and dead, and the observance of good ethical conduct. Ancestor worship also plays a large role in their everyday lives.

The pipes of the Luba people were used initially to smoke hemp, refined cannabis, starting in the 12th century, and tobacco starting in the 15th century. Both men and women smoked. However, locally grown tobacco is quite harsh for smoking so that snuff is more common. Ownership of a pipe so richly decorated as this one in the PLU Collection was likely that of “an important individual who could afford to commission the carver to create such a luxury item.” (Siegmann, 254) 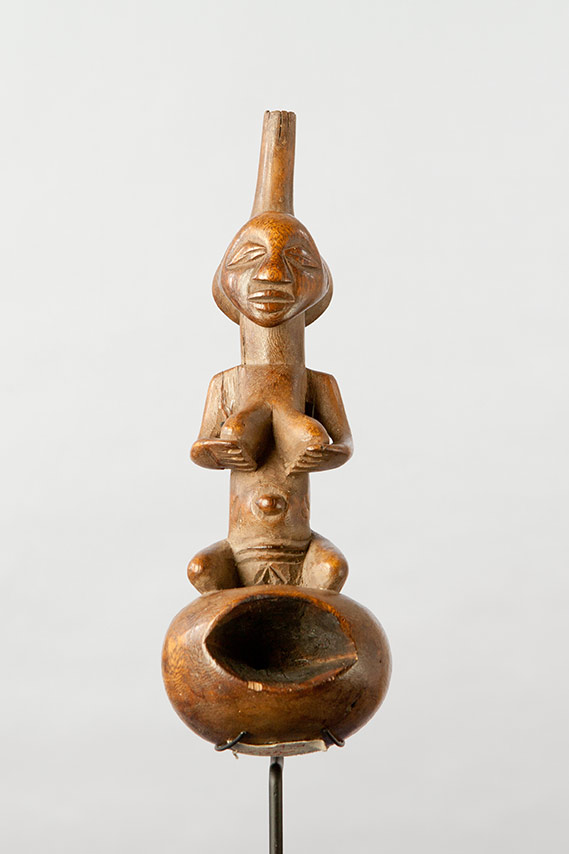 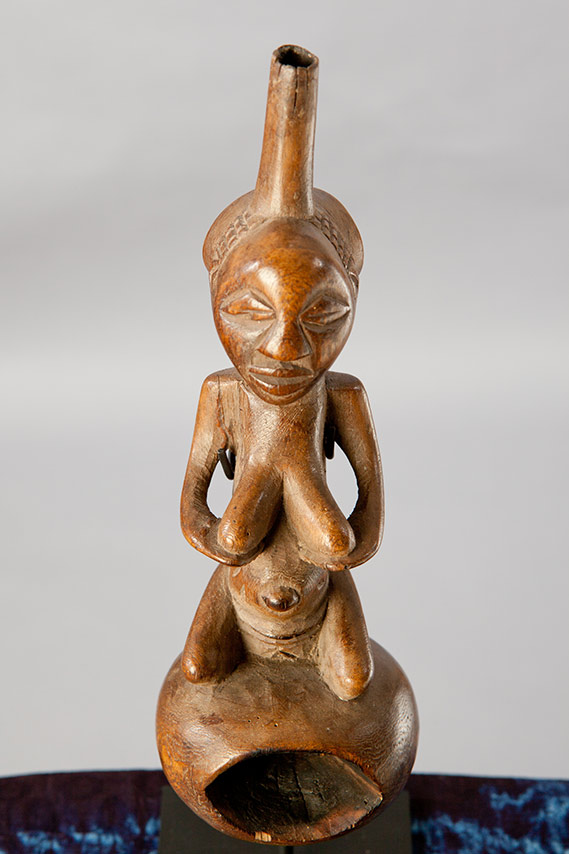 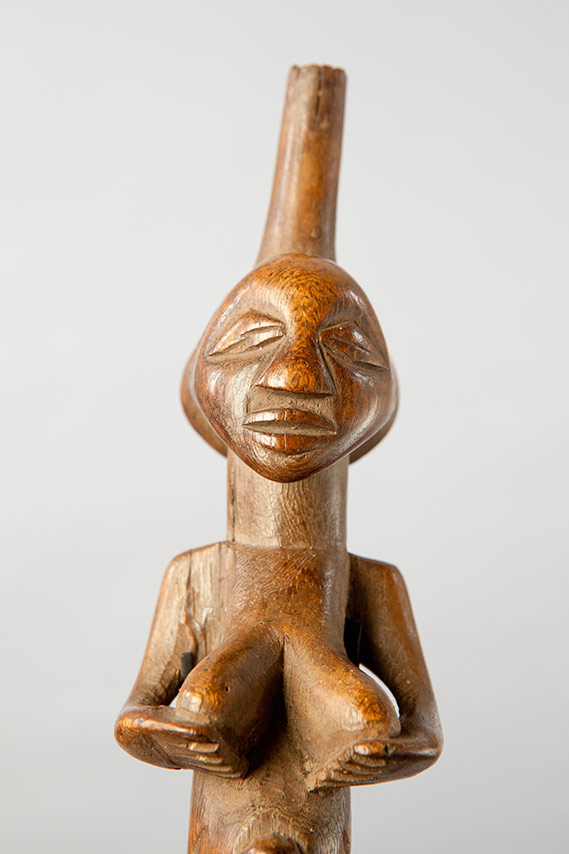 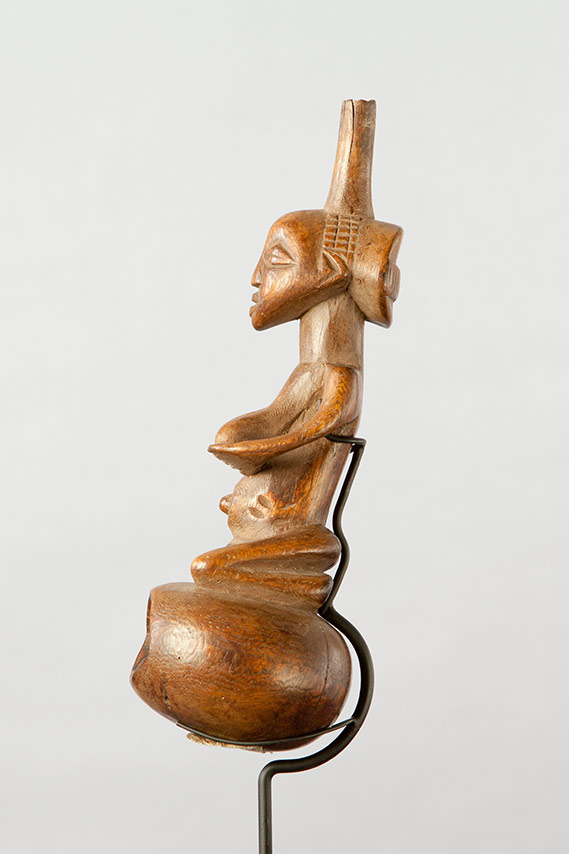 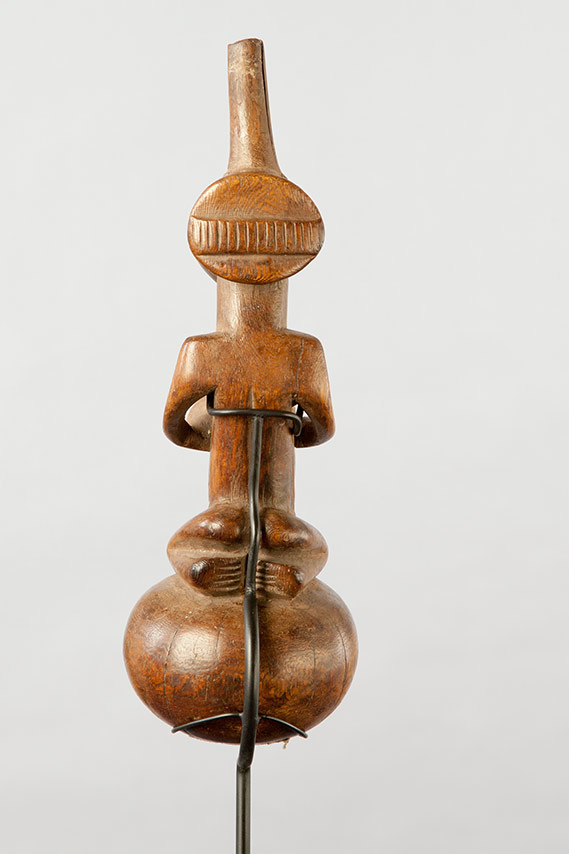 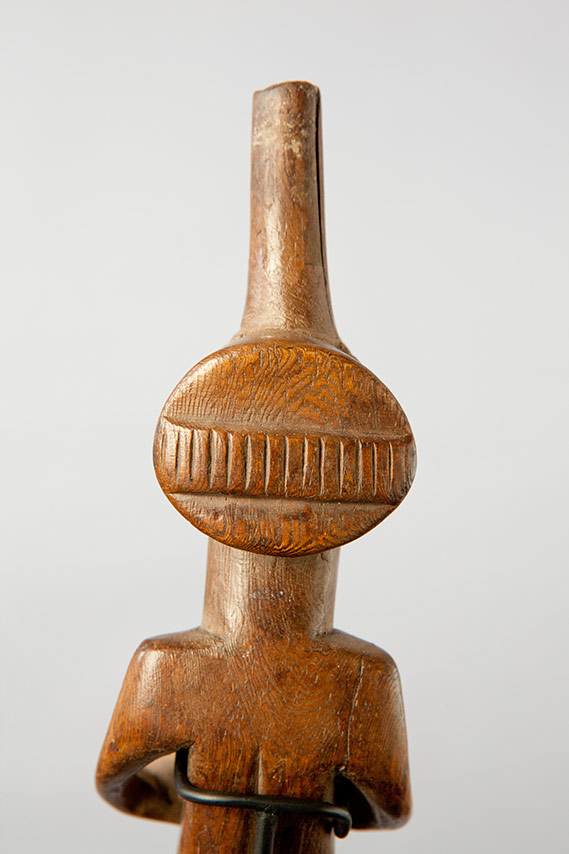