How Innovative was the Apple II?

How Innovative was the Apple II? 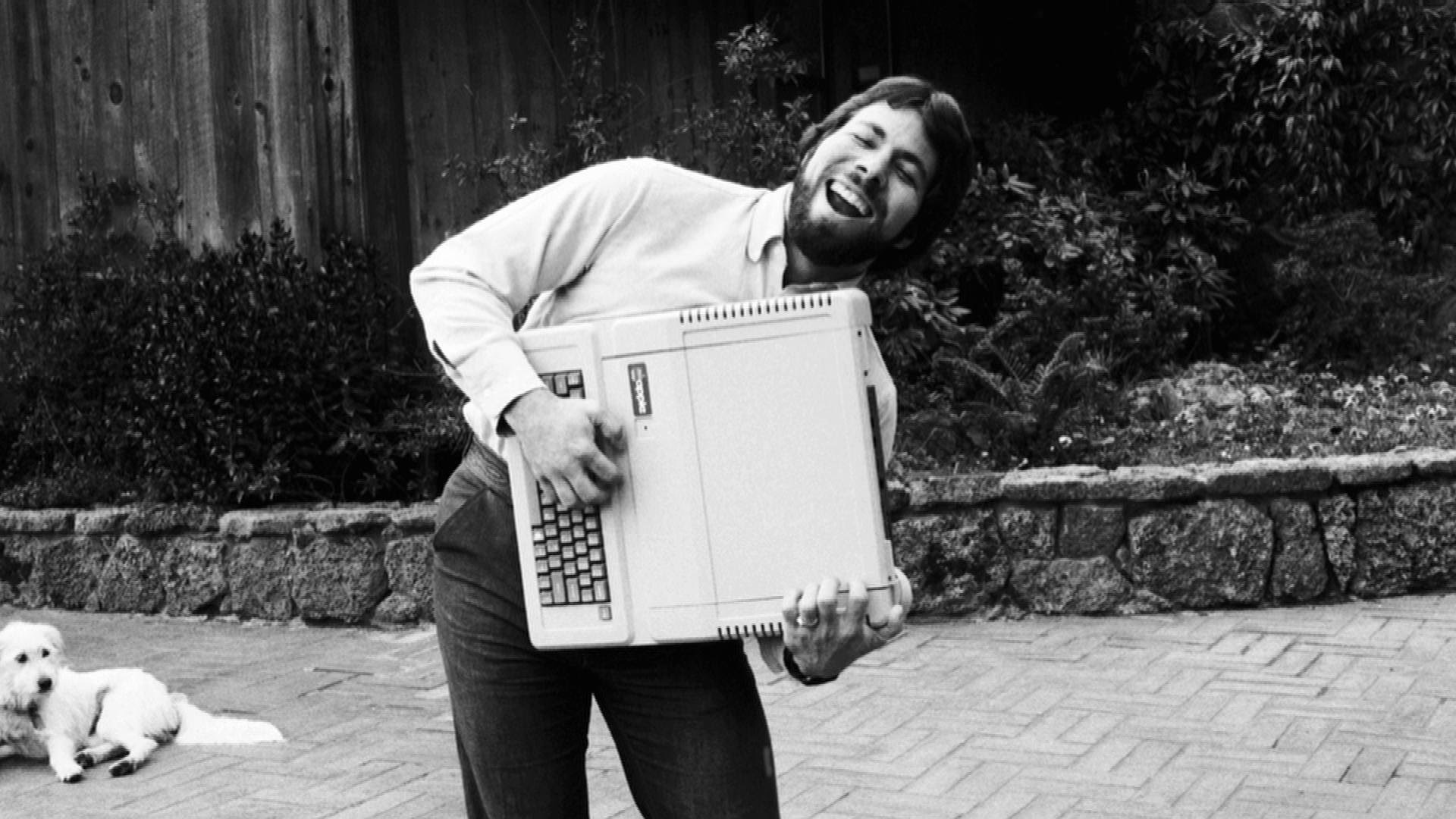 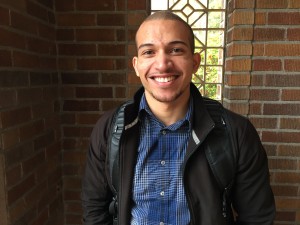 In most popular histories of computing, the Apple II personal computer (1977) stands out as a pathbreaker among early devices in the PC Revolution. But how innovative was Apple’s first mass-market computer, and what design features and ideas helped it stand out?

In PLU’s Innovation Studies program, we’re investigating the major ideas and products in the history of computing and business. Our attention turned this week to the introduction of Apple’s breakthrough home-computing product, which emerged during the first surge of commercial PC innovation in the late 1970s.

“To me, a personal computer should be small, reliable, convenient to use and inexpensive,” wrote Stephen Wozniak when introducing the Apple II in the May 1977 issue of Byte magazine.

Today, computers often have the same features, and it is hard to imagine how groundbreaking an idea this really was in the late 1970s. In reality though, micro-computing concepts had been brewing since the 1960s, as engineers and inventors worked to create a device that would give computing power to the people in a smaller form. Most computing scenarios before the rise of PCs in the 70s took up entire rooms, cost significant sums of money, and they were often synonymous with big business and government operations, including the Vietnam War.

The Apple II helped change what computers could be, and this was largely because Stephen Wozniak, or “Woz,” was afforded the opportunity to create a computer that he wanted to use himself. This opportunity was created when Wozniak, Steve Jobs, and Ronald Wayne formed Apple Computer and incorporated the business in 1977.

First, the new PCs hardware was composed with an eye to cutting costs, so that the computer could be sold for less than the competition. The Apple II used a MOS 6502 processor, which allowed Woz to take advantage of the alternating phases on the processor’s clock cycle to avoid any interruptions in the video stream or issues with memory contention. This also eliminated any need for separate circuits for RAM chips, as video transfer would access each row of memory within the “timeout” period. 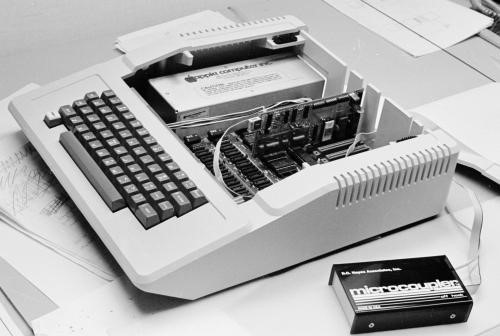 Woz used one 7 MHz master oscillator that was divided by many ratios to create all frequencies needed. He discovered that more costs could be cut by using software to look up the address of scanlines, instead of storing them in sequential areas of memory. Software was also used for the high-resolution graphics mode which was determined by pixel position, meaning Woz did not need chips to convert bit patterns into colors.

Initially, the Apple II used data cassette storage, which was consistent with other microcomputers of the time. However, in 1978, a floppy disk drive called the Disk II was provided with the Apple II. This attached via a controller card plugged into an expansion slot, which users could access by taking apart the case. The video display device was initially a television hooked to the Apple II, but later a screen could be attached as a peripheral.

The Apple II would also originally use Integer BASIC for writing programs, which would be encoded into the Motherboard ROM chips. However, the computer later used Applesoft BASIC, which was the licensed Microsoft 6502 BASIC, a popular language before Pascal became available.

So, what made the Apple II innovative?

Initially, the Apple II did not have a screen attached, but was connected to a television which acted as the monitor, while using a cassette device for storage. The Apple II was largely different from its competition due to its color graphics and its 8-slot open architecture, which means adding, upgrading and switching components were easy. 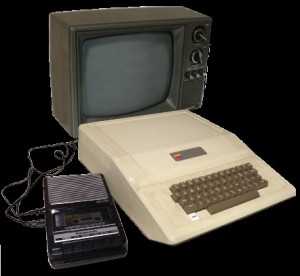 It set the industry standard by introducing the keyboard and video display screen as input/output devices, as well as using a beige, plastic case rather than the typical metal frame of earlier personal computers. It even offered display in 16 colors, which other computers at the time did not offer.

Aside from these features though, it was advertised as a home computer for people aside from just businesses and hobbyists. In an advertisement in the same May 1977 Byte magazine issue introducing the new computer, the Apple II is presented as an easy-to-use device that appeals to many people:

“create dazzling color displays using the unique color graphics commands in Apple BASIC. Write simple programs to display beautiful kaleidoscopic designs. Or invent your own games. Games like PONG—using the game paddles, supplied. You can even add the dimension of sound through Apple II’s built-in speaker.”

And like those TV-ads we are so used to hearing, Apple uses the “But wait, there’s more!” hook before stating that you can use the device to teach your kids arithmetic and make learning fun, manage household finances, chart the stock market, track your recipes and record collection, and control your home. Apple even adds that you will be able to compose music electronically. Reading this list makes me realize how we take for granted all of the applications that we have for technology today when people barely had access to any of it 40 years ago.

The first “killer app” that would be offered on the Apple II was called VisiCalc, by VisiCorp, which became the first major spreadsheet for personal computers. This app would be single-handedly responsible for the sale of many Apple II’s.

Before VisiCalc, the Apple II was probably behind its main competition in the Commodore PET and TRS-80. But the spreadsheet helped turn the personal computer from a tool for enthusiasts into a serious productivity technology that could be used for business. A 1980 review from the computer magazine Compute! simply stated, “Every VisiCalc user knows of someone who purchased an Apple just to be able to use VisiCalc.”

In the 1980s, the Apple II became Apple’s safety net as the company moved through numerous failures until the Macintosh gained ground in the mid-1980s. 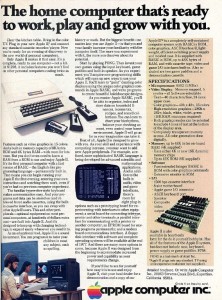 Finally, the Apple II can be seen as a serious attempt to create what has been called a “convivial” technology. In fact, this was the aim of many creators of the personal computer, whether later customers knew the term or not.

Used by Ivan Illich in his popular book Tools for Conviviality (1973), a convivial tool is a tool that is accessible, reliable, does not require the use of other technology to operate, is easy to use, is affordable, and allows for unlimited creativity while connecting users to one another.

The idea was that the creation of these tools would ultimately better the world. Convivial tools offer a contrast to the industrial, military tools which dominated life in America during and after the Cold War. At PLU this summer, I am part of a team that is investigating convivial tools and their use, including the Apple Macintosh. But before the Mac was the Apple II, a PC more in the tradition of this innovative approach.

Steve Wozniak made clear reference to conviviality in his early writings about the Apple II. The computer was designed to be reliable, convenient to use, and inexpensive. Apple manuals were created to make the device easier to use, and the owners of this device were often able to come together and create applications and tools to extend its functionality.

Soon, a wide variety of peripherals were available for the Apple II such as display controllers, memory boards, networking components, and expansion cards. These innovations also contributed to the success of the Apple II, a product that would be sold at Apple until 1993, and strongly contributed the company’s success.

Future research could well consider how these ideas continued to circulate in the company in later years, as iPods, iPads, and iPhones made their debuts.