Seattle is the largest city in Washington state, and the population of the Seattle metropolitan area is 3.6 million. Famous for the Space Needle and home to corporations like Microsoft and Starbucks, Seattle is a popular destination for many around the United States. 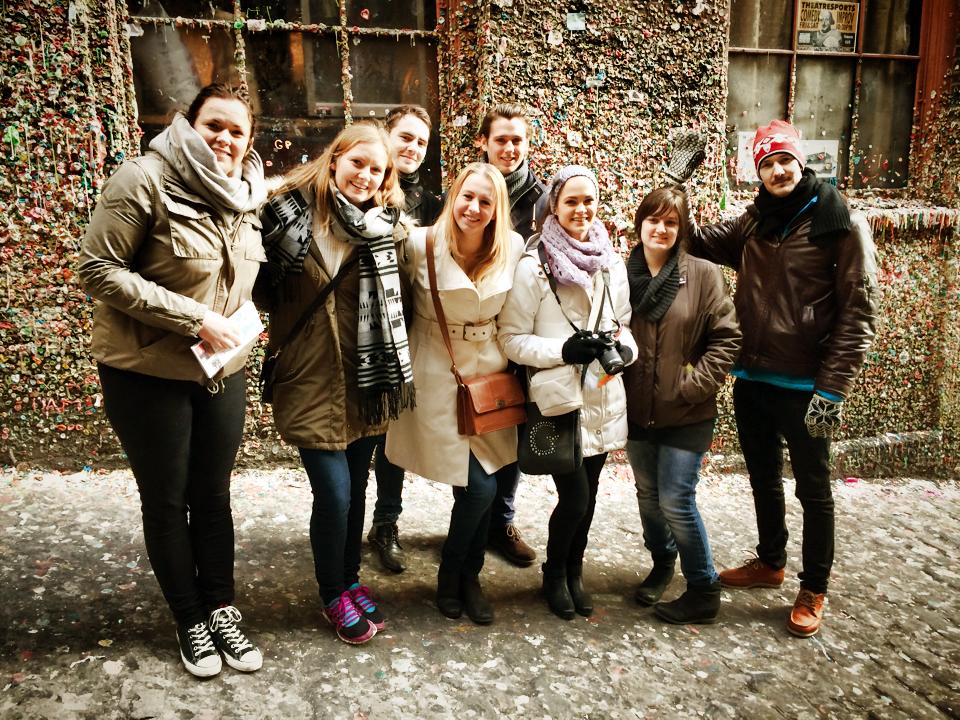 Places to see in Seattle

Located by the waterfront, Pike Place Market originally became famous for its fresh fish which was thrown by the supplier and skillfully caught by the shop keeper with his bare hands. This is a tradition that still exists, but the Market is so much more than just fish. You can find local art, fresh flowers and a plethora of food shops at the Market. Right by the Market is also the first Starbucks Cafe in the world!

Anytime you see a picture of the skyline of Seattle, you are bound to see the Space Needle. This observation tower stands 605 ft above the ground and was built in 1961. At the top of the tower there is a rotating restaurant.

With museums such as the Wing Luke Museum of the Asian Pacific American Experience, and international markets like Uwajimaya, the International District (formerly known as China Town) adds to the flavor of Seattle. You will find a multitude of restaurants and little shops where you can buy everything from foreign language books to exotic teas.

The Seattle Great Wheel is a ferris wheel by the waterfront which provides a nice view over the city. It is open year round and has 42 fully enclosed gondolas which can each take up to 8 people. The Great Wheel stand 175 feet (~53,5 meters) tall and was opened on June 28, 2012.

The neighborhood of Fremont, north of downtown Seattle, is home to the famous Fremont Troll. The troll is located under the Fremont Bridge, and has become a popular stop for many travelers to Seattle. The Theo Chocolate Factory is also located in Fremont. They hold tours for visitors (yes, with lots of tasting) but it is very popular, so book in advance! Fremont is a very trendy area of Seattle and you can find used bookstores, cute second hand stores and nice restaurants there.

Other things to do in Seattle