A Semester in Oxford 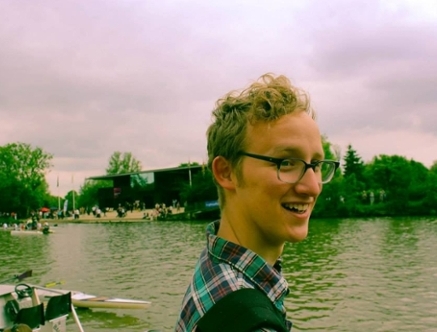 Jakob Maier entered PLU as a first year in 2011 having been accepted into the academically rigorous International Honor’s program (IHON). When Professor Greg Johnson of the Philosophy Department revealed that he would be leading a program in Oxford, England specific to IHON students, Jakob quickly applied, being a Philosophy major himself. Also majoring in English Creative Writing, Jakob is now a senior, having studied away in Oxford the Spring semester of his Junior year.

“I wanted to be immersed in the human rights theme of the program and to study humanitarian action with other IHON students at one of the top universities in the world”, Jakob responded after being asked about his intentions of studying in Oxford. “It was one of the best experiences of my life”. Jakob and the other IHON students were based at Regent’s Park College, one of the 38 colleges that make up Oxford University. Afforded many of the privileges given to students directly enrolled at Oxford, Jakob was even able to access the world-famous Bodleian Library.

Jakob had access to educational opportunities at Oxford that he wouldn’t have anywhere else, including classes led by organizations such as the International Red Cross and Doctors Without Borders, as well as university lectures given by esteemed academic leaders. He even had the opportunity to take a one-on-one course with an Oxford professor focused on Modernist poetry, which Jakob describes as “one of my favorite classes of all time”.

Academics aside, Jakob spoke to me of Oxford itself and the bond he formed with this small, gorgeous town. Full of centuries-old architecture, bridges, parks, museums, and more, Oxford is described by Jakob as “a unique blend of academia, beauty, and goofy yet intellectual student life”. I had the pleasure of visiting Jakob while he was in Oxford, and I can recall the glimmer in his eye as he guided me around the town that he had come to love dearly over the course of 6 months.

Jakob also had the opportunity to travel while studying in England, ultimately visiting such cities as London, Copenhagen, Marseille, Barcelona, and Paris, while on breaks from classes. He detailed to me the opportunities he had while studying away, and how rewarding his experience was, and intends to incorporate his time away into the future of his academic and professional life.