How I Learned to Drive – a vehicle toward empowerment

How I Learned to Drive – a vehicle toward empowerment 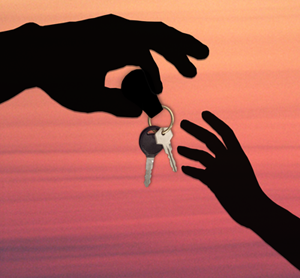 How I Learned to Drive, by Paula Vogel, opens March 8 in the Studio Theater of the new Karen Hille Phillips Center for the Performing Arts at Pacific Lutheran University.

Often described as one of the most disturbing love stories in theatre, How I Learned to Drive contains issues of pedophilia, incest and misogyny. The audience is urged to examine their relationship with the term “empowerment” and what it means to them as individuals.

“These are topics that the normal audience, actors, director would run from, but the play won a Pulitzer Prize so obviously the playwright handled these issues very well,” says Dr. Lori Lee Wallace, director of How I Learned to Drive. “Paula Vogel is sort of a genius, she took an issue which could be viewed very black and white and just covered it with color, and it turned out to be a really beautiful story.”

Set in rural Maryland the play recounts the relationship between a young girl, Li’l Bit, from a tightly knit, lower-middle-class family, and her uncle-by-marriage, Uncle Peck. The play thoughtfully integrates the metaphor of driving with the idea of control and manipulation.

The March 8 premiere is presented as part of the first event of the 2013 School of Arts and Communication (SOAC) Focus Series. Four events, each with a different disciplinary lens, address various aspects of empowerment. A post-performance discussion will be held March 8 immediately following the show. Meet with members of the artistic staff and cast and gain insight into the author’s work and production process. The audience is encouraged to participate in this open format, and offer their own insight, experiences or questions relating to empowerment.