Passion Play shows three communities, Queen Elizabeth’s England, Hitler’s Germany, and Reagan’s America, attempting to stage the death and resurrection of Christ. The play takes the audience on a humorous, but unsettling journey as it examines the intersection of religion and politics. The play is the featured Alpha Psi Omega (APO), the national theatre honor society, mainstage show directed by Amelia Heath ‘15 and written by Sarah Ruhl. It runs in the Karen Hille Phillips’ Eastvold Auditorium from December 10 – December 13 at 7:30pm and December 14 at 2pm.

“When I told my dad what this play was about, his first question was: ‘Is this an anti-Christian play?’ That’s a fair question,” explains the show’s director Amelia Heath ’15. “I don’t see this as an ‘anti-Christian play’ at all. It’s really touching for me to see someone struggling with their faith because for me, that’s a hugely important aspect of faith that often gets overlooked. I come from a Lutheran family, and religion and spirituality are very important to me – especially exploring all aspects of religion and spirituality and asking the hard questions.”

The play explores some weighty issues, and Heath believes the subjects to be relevant to today’s political environment.

“For me, the main theme of this play is the importance of questioning your beliefs, and really looking into how things are connected and how they affect one another,” Heath said. “The question of whether separation of Church and State exists is fully alive in the questions of reproductive health and marriage equality, and the structure of this play really illustrates how long these debates have been going on and how frustrating it is that we still haven’t really found any answers. I hope this show encourages people to press harder for those answers, to find what they believe in and fight for it tirelessly – but not blindly.”

The APO mainstage show is the only student production aside from Night of Musical Theatre that is produced on the mainstage. Students submit production proposals the spring prior. The theatre faculty and the APO council make the final decision on what is chosen for the mainstage show. Working in the new Center is a one-of-a-kind learning opportunity for students.

“That period was a stressful time for all of us – they had a lot of questions about the production and how I planned to pull it off,” Heath says. “‘How do you stage giant boats sailing across a stage when you have less than a thousand dollars in your total budget? How do you justify doing a play about the Passion of the Christ at Christmastime?’ They’re hard questions! But I had a lot of support from faculty and students alike who provided me with a sounding board to bounce terrible ideas off of until I came to better ideas.”

This is the only mainstage show of the year that runs almost a full week; actors perform six performances, five days in a row – two shows back to back on Saturday.

“[The experience is] insane! But it really helps that the cast get along so well; it’s important to know you’re being supported by your fellow actors, and I see that every night in rehearsal. It’s awesome,” Heath says.

Purchase tickets at the campus concierge in the Anderson University Center or call 252-535-7411. Tickets are $8 General Admission, $5 for alumni and senior citizens (55+) and $3 for students. 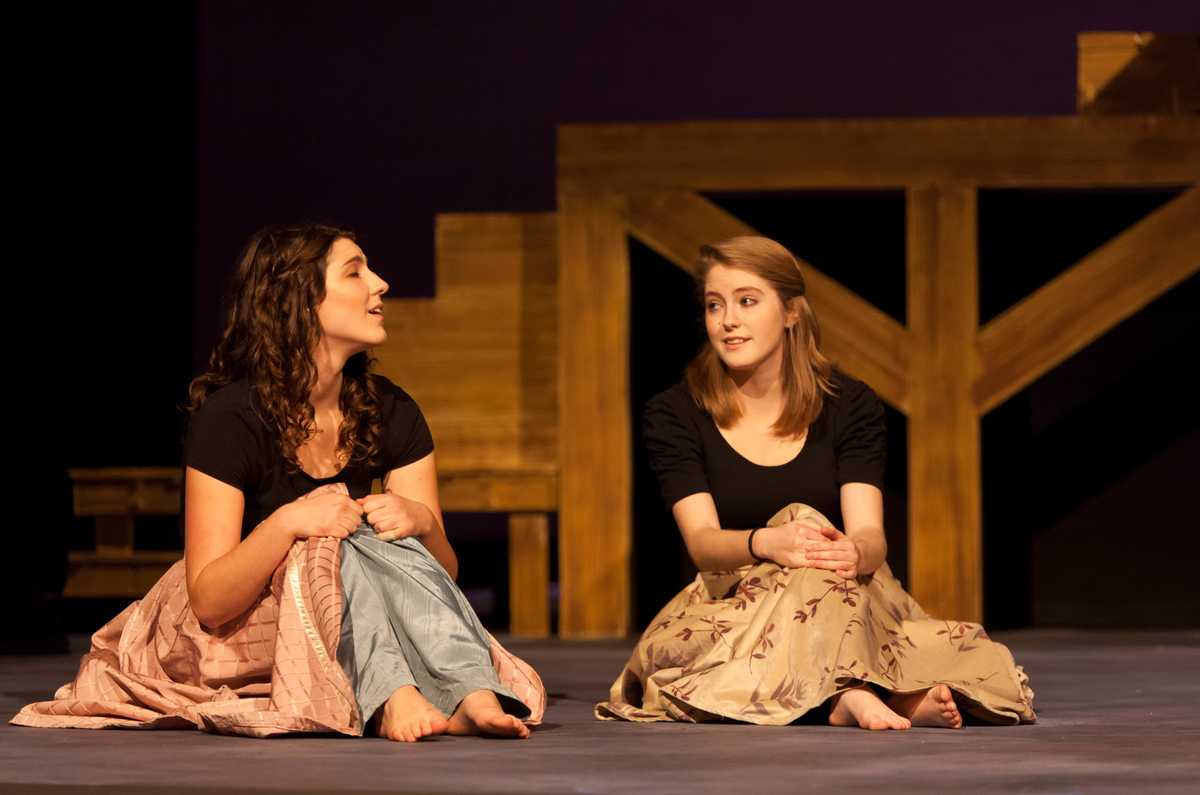 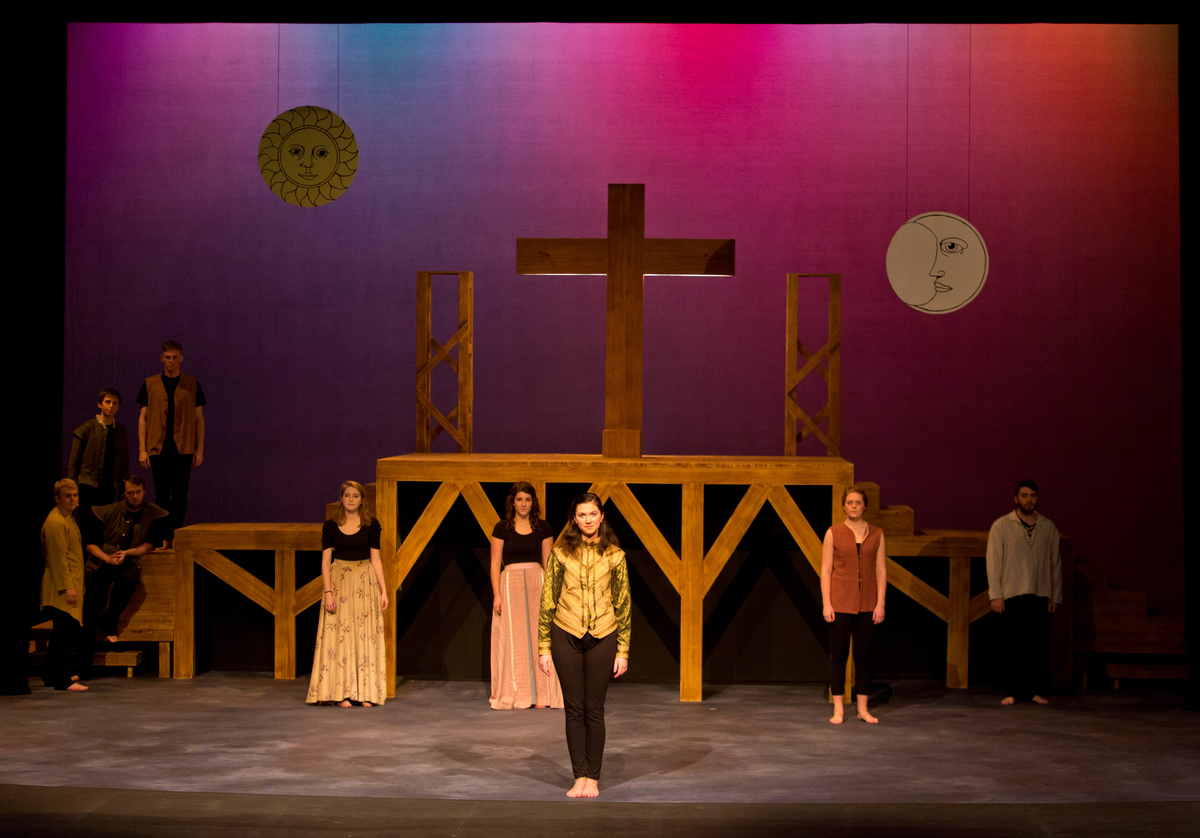 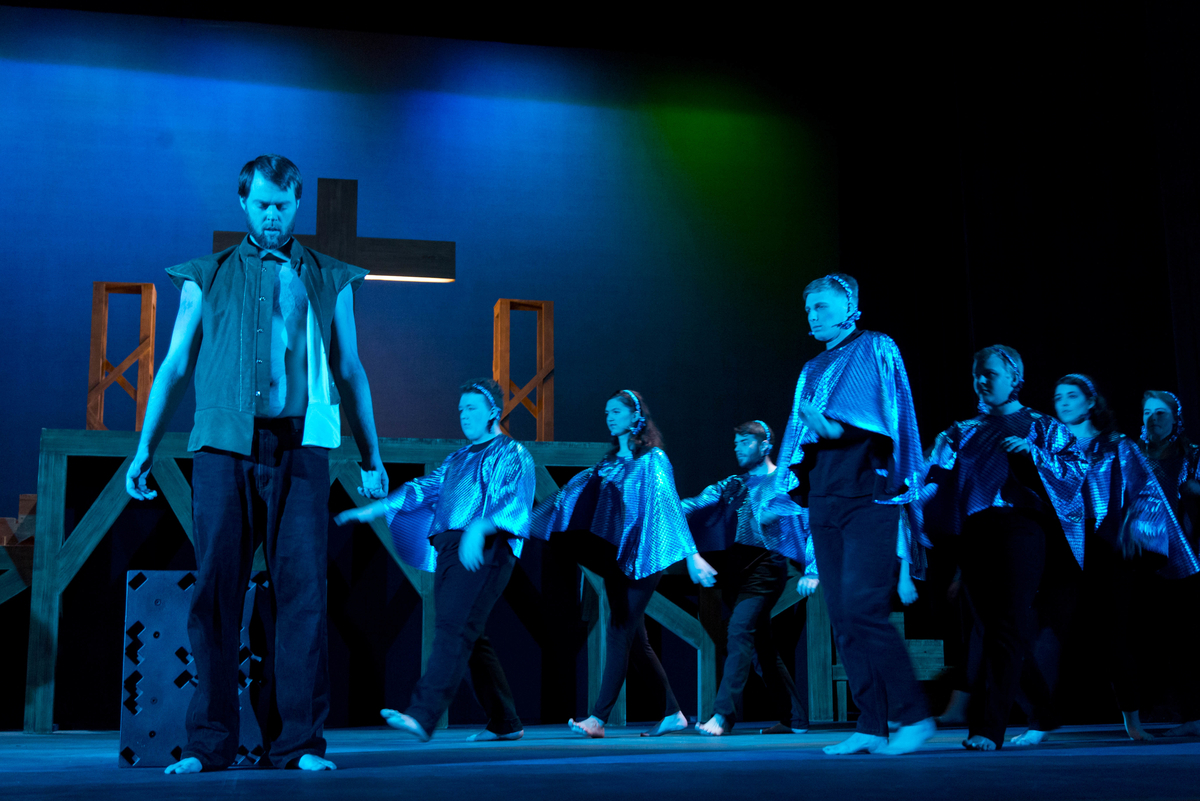 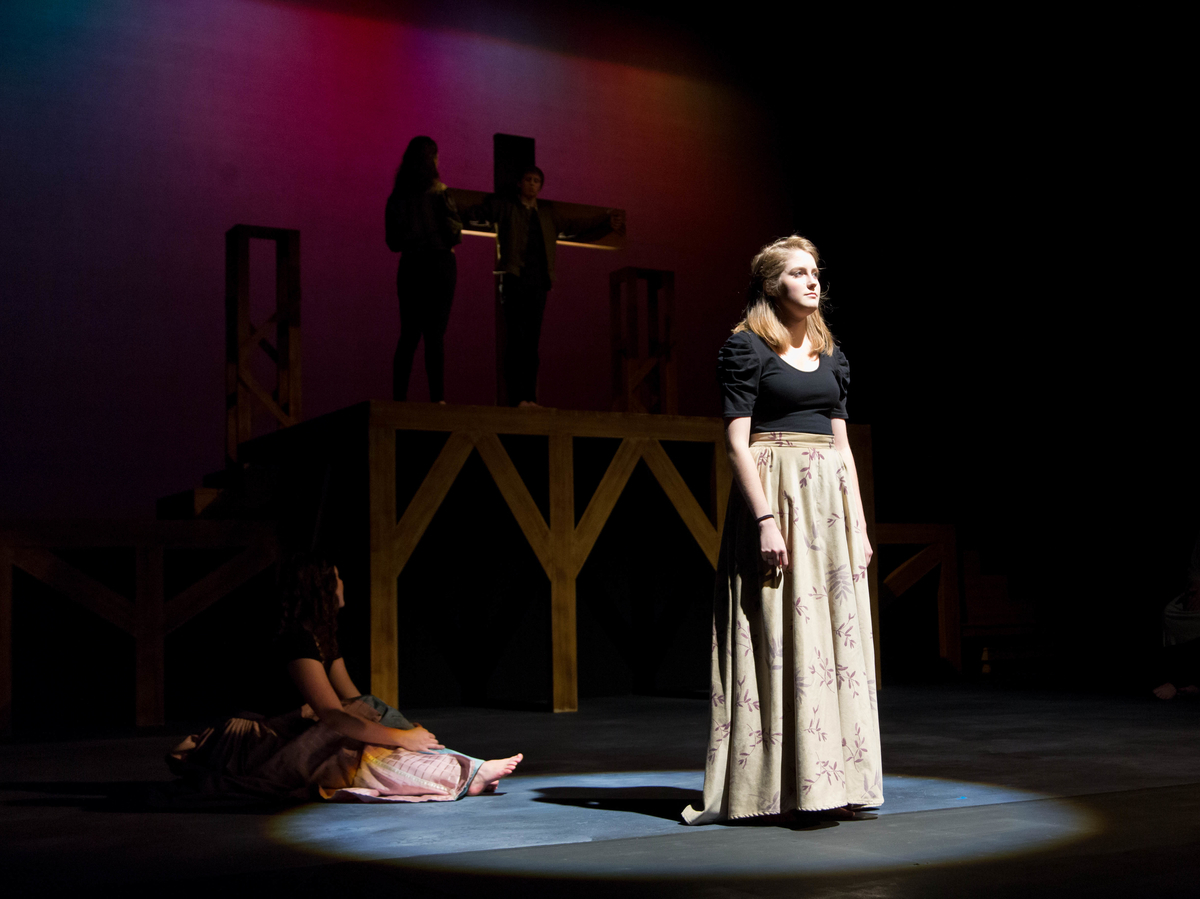 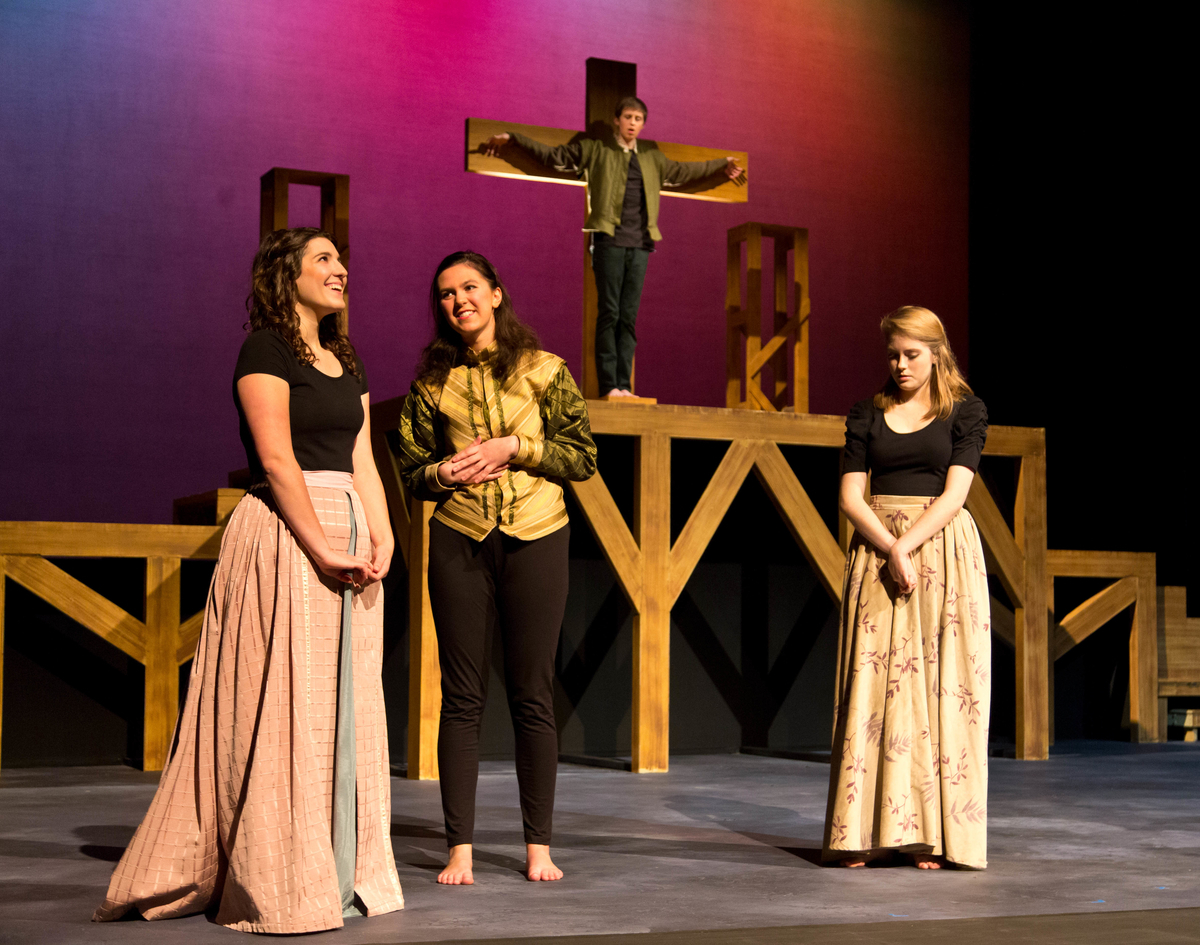 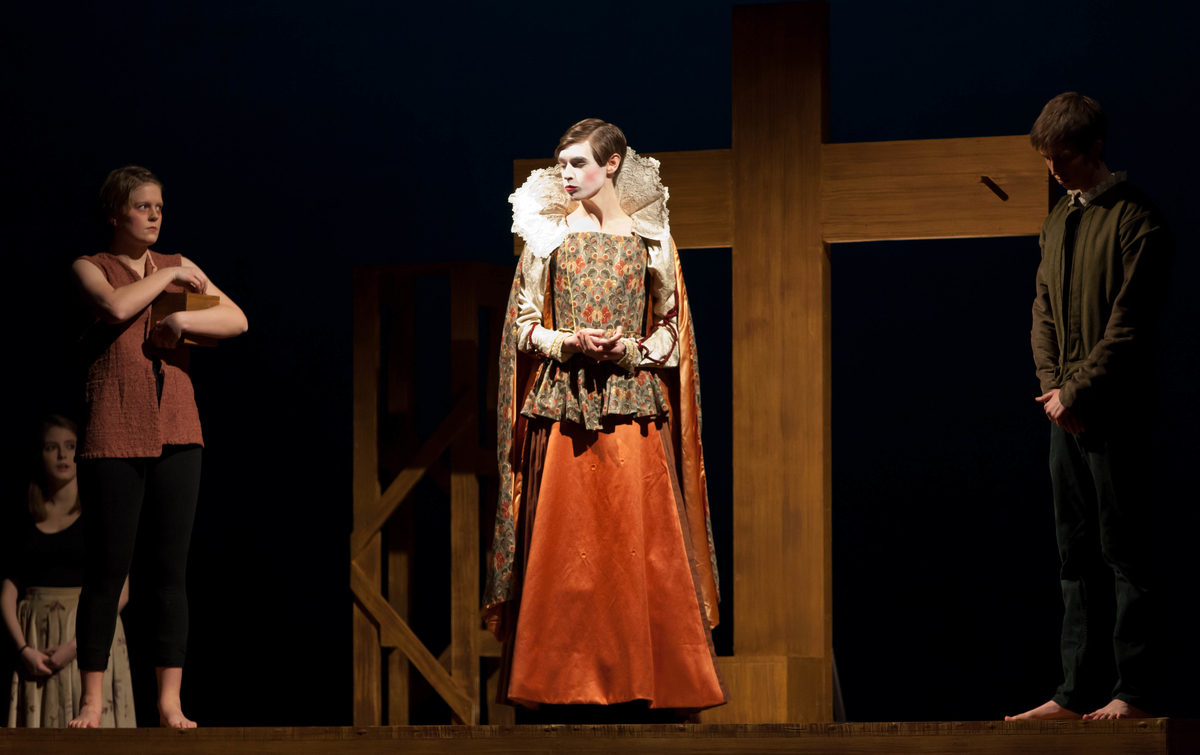 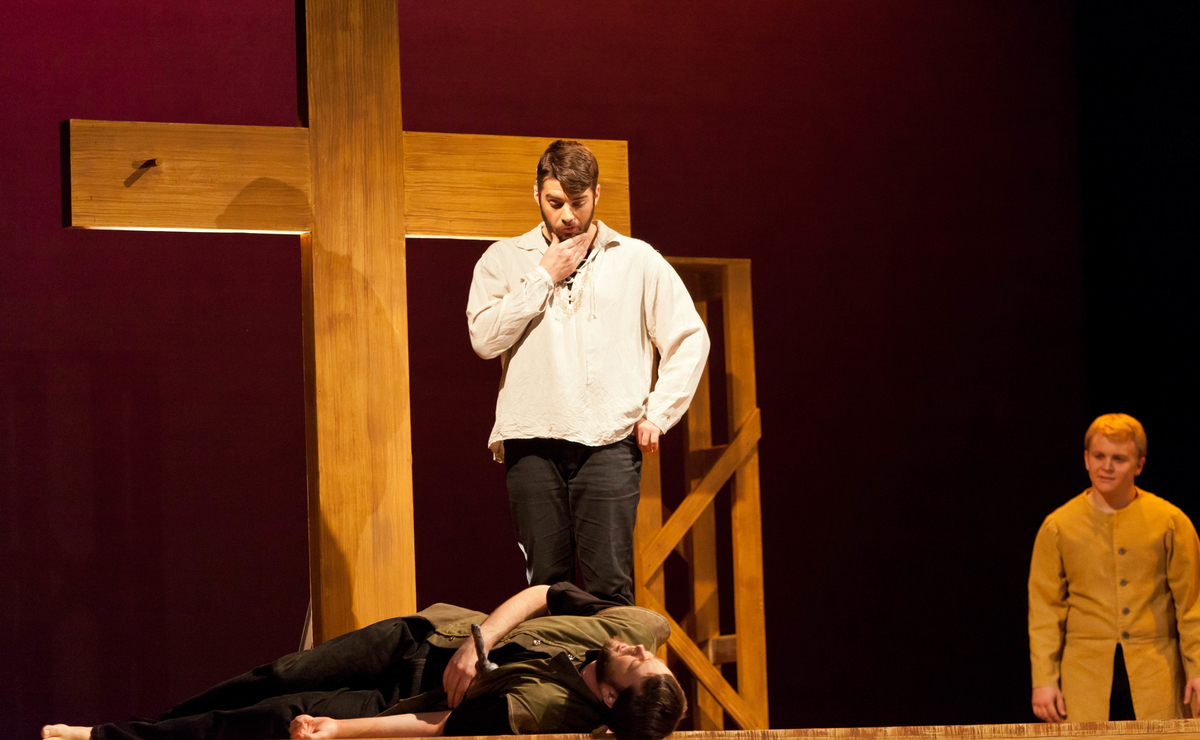