PLU’s 2015-16 Theatre season kicks off with a mystery and lots of laughs in Rumors, written by Neil Simon and directed by Associate Professor of Theatre Jeff Clapp. The play is bound to stir up memories for some Theatre alumni; the comedy is dedicated to the late Bill Becvar who taught at PLU for 35 years and produced the play himself in 1998.

The play begins at a large, tastefully appointed townhouse, where the Deputy Mayor of New York has just shot himself. Guests are gathered for their tenth wedding anniversary, the host lies bleeding in the other room and his wife is nowhere in sight. His lawyer, Ken and wife Chris must get “the story” straight before the other guests arrive. As the confusions and miscommunications mount, the evening spins off into classic farcical hilarity.

This show is a slamming-door comedy (a farce) and is the only comical offering this season. The humorous play depends on situation and slapstick humor, rather than the development of character.

“Becvar did comedy well and would get a kick out of the timing of the show,” says Clapp, who is one of Becvar’s disciples.

Clapp was Bill’s technical director and designer when he directed Rumors in 1998. “The play was chosen long before Bill’s passing, but upon hearing about his death, I discovered this play now has a double meaning for me,” Clapp says. “I’m planning on stealing as much from his production that I can remember.”

You can see Becvar’s name around campus – he was a donor in support of both the script library and the William J. Becvar Studio Theater Stage in the Karen Hille Phillips Center for the Performing Arts, and established a scholarship for theater students.

Theatre alumni who worked with the late professor are invited to a reception in honor of Becvar prior to the October 24 production. 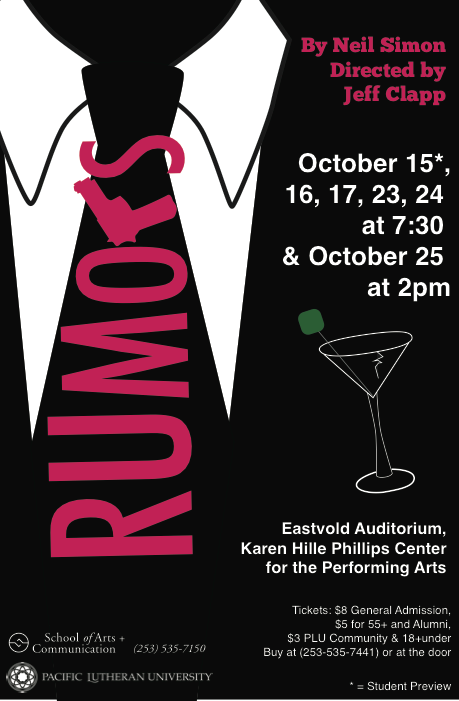 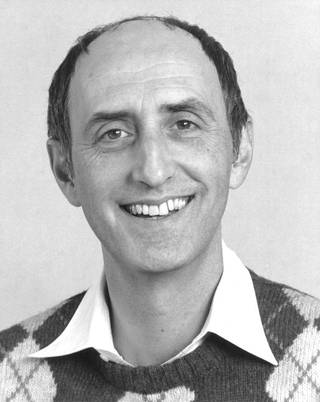