Ordinarily, it takes many years for a Theatre Major to earn the opportunity to write, compose or star in a high-profile musical production. However, one Lute is dramatically defying that expectation.

Set to a score that could be described as a mix of rock, folk and traditional musical theatre,Lizard Boy is a “somewhat-autobiographical solo-show-with-three-actors” that follows a boy with lizard skin who fights evil and learns about love.

Specifically, Huertas recalls that the study of Shakespeare and the Theatre Program‘s emphasis on language “stuck with [him] forever.” 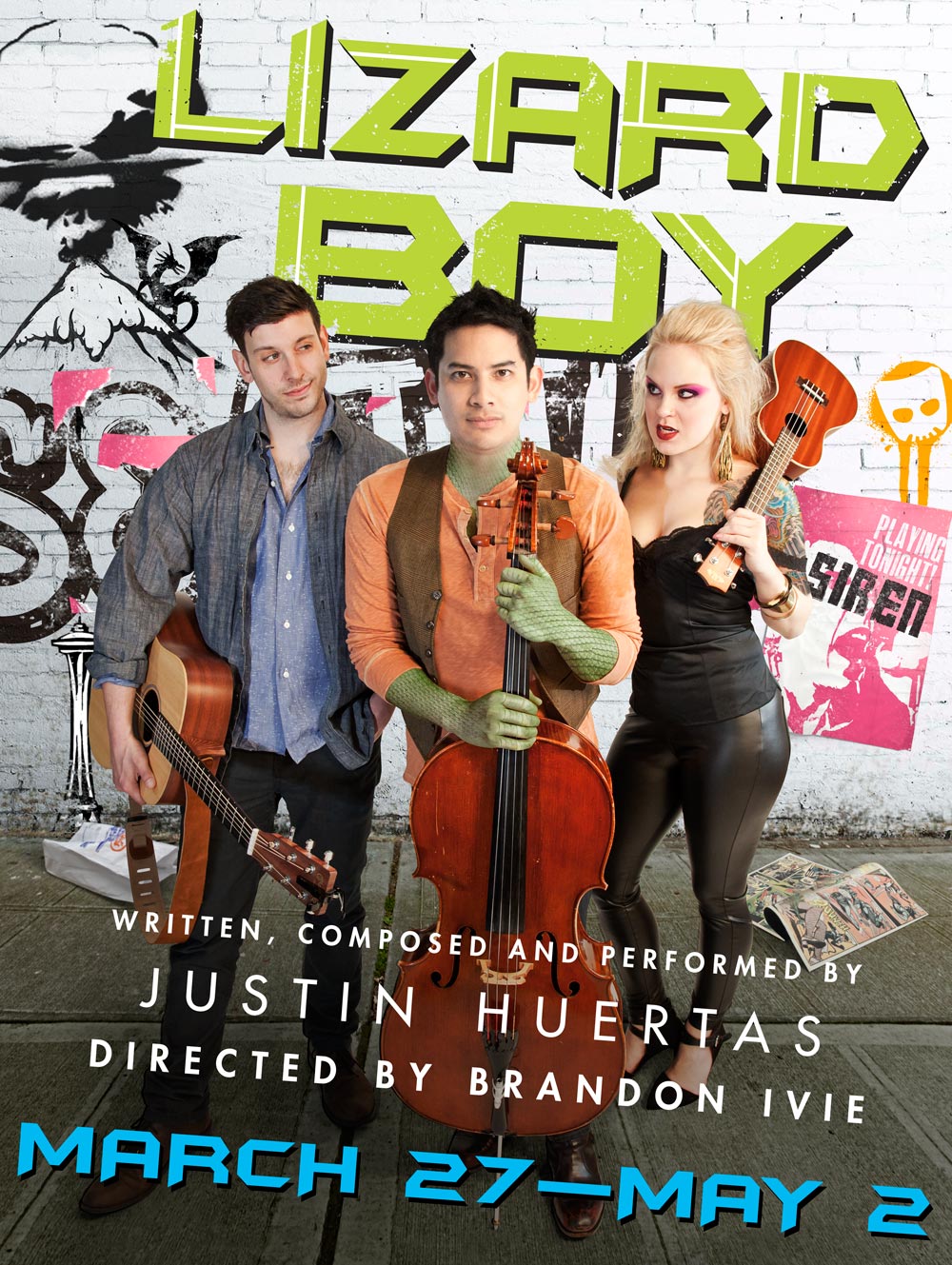