Broadway Today! a musical revue to open the 2018-19 season

Broadway Today! a musical revue to open the 2018-19 season

The Theatre & Dance department opens the season with Broadway Today!, celebrating and performing songs from the past two seasons of Broadway’s biggest hits.

Madison Willis ’20 who is co-directing the production with Department Chair and Associate Professor Tom Smith, described it as a musical revue with a wide range of performances, singing and dancing.

“Each number within the production was picked from an array of different Broadway musicals.  No two songs are from the same show, and each song is either currently on Broadway or has been in the last three years,” Madison explained.

“That being said, the show does not include any revivals within that time frame, so if you were really hoping to hear some Hello Dolly, you may be a little disappointed.”

Along with the wide variety of musicals, there is also a wide range of student actors participating in the show. 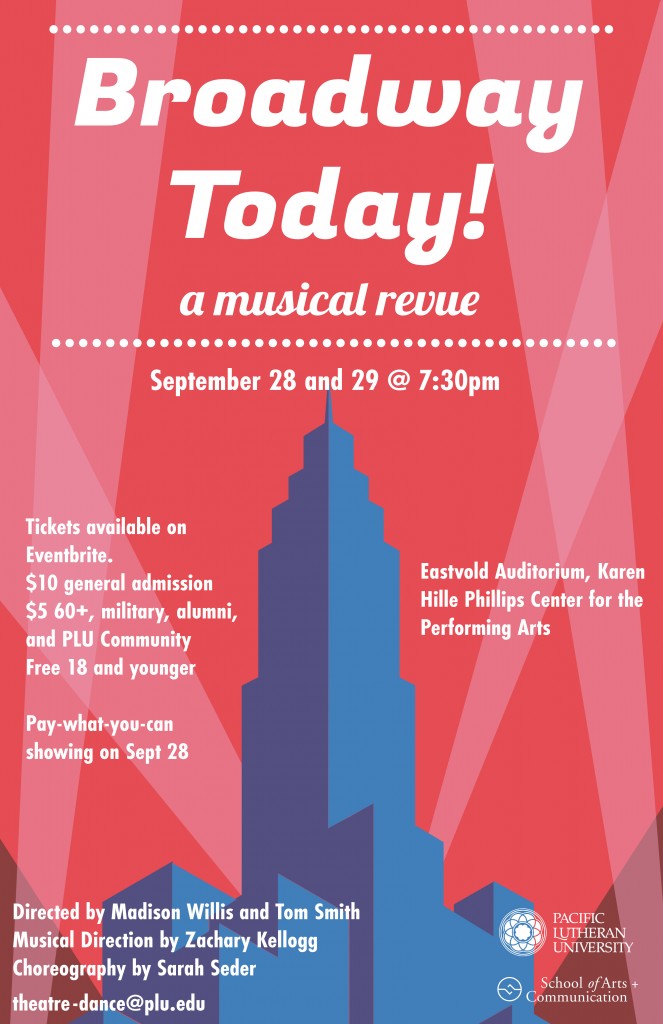 “We have seven women and six men to make up a cast of 13. Four of those are first year students, six sophomore and three seniors.”

“One challenge we have faced is having to add in some sections and piece together music for some songs because some of the shows we selected are new and the sheet music hasn’t been released yet.”

“This is also the first year we are doing this kind of show as a faculty production, so it is a little bit of an experiment!” “I am excited to be co-directing with Tom Smith.”

The opening show also marks as a kickstarter to the new Musical Theatre program being offered by the department starting this year.

“People should definitely come to the show because the cast is stellar, the music is incredibly fun, and it reflects what musical theatre is doing right here, right now!”