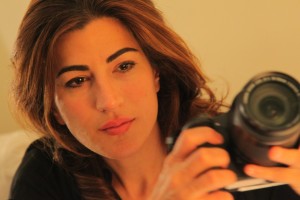 Ms. Noujaim has dedicated her life to directing and producing films in the United States and the Middle East. Before graduating Magna Cum Laude from Harvard, she was awarded the Gardiner Fellowship for Mokattam, an Arabic film she directed about a garbage-collecting village near Cairo, Egypt. Noujaim then joined the MTV News and Documentary Division as a segment producer for the documentary series Unfiltered. She soon left her position at MTV to produce and direct the feature documentary StartUp.com, that won countless awards including the DGA and IDA awards for best documentary. Noujaim continued to work on numerous documentaries as a cinematographer, including Born Rich, Only the Strong Survive and Down from the Mountain, before directing Control Room, her next feature, in 2004. But it was for Control Room (2004), a documentary that exposes the difference in media coverage between the Arab and the Western world during the United States’ war with Iraq, that she would become the first woman and the youngest recipient of the coveted TED Prize in 2006.

Recently, Noujaim has worked on two films, Rafea, Solar Mama (2013) and The Square (2014). Filmed in India and Jordan, Rafea, Solar Mama follows women who leave their villages to be trained for six months in India as solar engineers to then return and solar power their communities. The second film, The Square, follows the uprising in Tahrir Square, Cairo, Egypt, which inspired the country and the entire world. The Square was nominated for an Academy Award, won the Directors Guild Award, the International Documentary Award and became the first film to ever win the Audience Award at both Sundance and the Toronto Film Festival. Noujaim continues to work in the US and in the Middle East as an executive producer for such films as Encounter Point and Budrus, which premiered as one of the ten films in the Why Democracy series that focused on contemporary democracy around the globe. For her filmmaking work, she has been a guest on Jon Stewart, Charlie Rose, MSNBC’s Andrea Mitchell Reports, CNN’s Fareed Zakaria and Meet the Press. In addition, for her films, she has been nominated as a Young Global Leader by the WEF in 2007 and named one of the “50 People Who Will Change the World” by Wired (2012), “125 Women of Impact” by Newsweek (2013) and “100 Most Creative People in the World” by Fast Company (2014).

What is the Film Challenge?

Convene a viewing group made up of at least six PLU faculty, staff and/or students and plan to view AND discuss one of Noujaim’s films listed below. Groups will receive a small basket of film-viewing goodies and an invitation to a special lunch and Q&A with the filmmaker on Feb. 19. Eligible films:

How to participate in the Film Challenge? 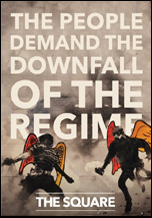 The viewing group convener should send an email to Rosemary Raynolds, raynolrl@plu.edu, at the Wang Center for Global and Community Engaged Education, by no later than February 12, 2015. To be considered for the challenge, this email should contain:

*Only PLU faculty, staff, and students are eligible to participate. For more information, please contact Rosemary Raynolds at raynolrl@plu.edu or at 253-535-7577.

12:00 – 1:15 p.m. Exclusive lunch and Q&A with Jehane Noujaim for PLU community participants in the Film Viewing Group Challenge on the first floor of the Anderson University Center in the Scandinavian Cultural Center

5:00 – 6:45 p.m. Public showing of Jehane Noujaim’s 2013 documentary film, The Square, in the Karen Hille Phillips Center for the Performing Arts (FREE AND OPEN TO THE PUBLIC)

7:30 p.m. Lecture by Jehane Noujaim: “The Square: An Eyewitness Account of the Egyptian Revolution and the Downfall of a Regime” in the Karen Hille Phillips Center for the Performing Arts, reception immediately following (FREE AND OPEN TO THE PUBLIC) 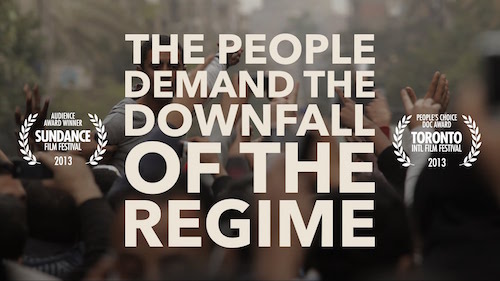