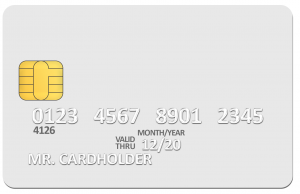 Created by our MSMR candidates Badal and Maddie, this study centered on a universal credit card that users link their existing cards to. When making a purchase with the universal card, the individual card that results in the most beneficial rewards will be the one selected. Backed by both secondary and primary data, the purpose was to generate insights on consumers’ credit card behavior and preferences. To determine how a startup company in the financial sector can increase consumers’ purchase intentions towards a new product, they combined literature review and qualitative research with quantitative analysis. In addition to discovering consumers’ preferences, the study aims to segment the market the startup will be entering into. The author’s ultimately identified which promotional channels are significant in increasing consumers’ willingness, the type of partnerships that would be most beneficial for the startup to target, as well as segments to group the market by. 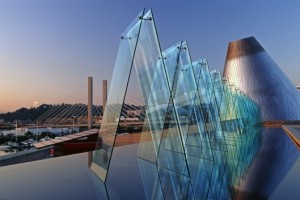 Former MSMR candidate Emmanuel took a detailed look at the concept of customer retention pertaining to non-profit organizations. Partnering with the Museum of Glass, this paper aims to outline hypothetical and practical perspectives in regards to retaining their members. The study examines customer satisfaction as the primary factor in customer retention, while also exploring customer preference in the same context. While customer preference explores the needs and wants of customers and how to appease them by serving them, customer satisfaction focuses on how the attitude of the employees and entire atmosphere affects the customers. This study itemizes different products while segmenting them into packages based on the preferences of the respondents.

Novus, Former MSMR student, focused on the Student Veterans of America National Conference, which describes itself as the largest annual gathering of student veterans, advocates, thought-leaders, stakeholders and supporters of higher education in the world. The study aimed at identifying student interest in attending this event, raising money for travel, and their frequency in interaction with on campus military services. utilizing primary data gathered through surveys of PLU’s campus, the study measured attitudes, awareness and involvement of the student veterans at PLU. Transferring the statistical analysis into graphics, this study displays the relationship between student veteran’s familiarity and frequency in using PLU’s military resources, as well as finding interest in the student veteran community towards the Student Veterans of America National Conference. The findings led to recommendations being made about increasing advertising about PLU’s veteran services through multiple channels.

Beginning in November 2018, the team of Ingeborg and Matthew began working with Heritage Distilling Company (HDC) as market research consultants. They were presented with the challenge of creating innovative ideas to keep HDC a relevant producer of spirits in the future, ultimately settling on researching how to appeal to the upcoming millennial generation. Using various qualitative and quantitative methods and pairing psychology with marketing, this study found many significant findings for HDC. The findings emphasized the importance of channel selection when executing specific targeted campaigns, recommending the best social media sites for each campaign. Other findings identified demand in new niche markets that HDC could capitalize on, as well as possible partnerships with local and national companies to increase awareness.