Learning doesn’t end when you graduate! PLU alumni continue their quest for knowledge, engagement, and critical thinking as they explore new ideas, challenge their beliefs, and listen to new perspectives from diverse groups. We are excited to offer a new series of presentations called PLU Experts & Insights, which are virtual webinars on interesting and current topics, highlighting experienced PLU faculty and alumni. PLU also offers other lectures, conferences, and workshops that are open to the community. See upcoming opportunities below. 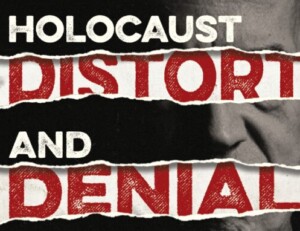 2021 Powell-Heller Conference for Holocaust Education
Presented by Dr. Yehuda Bauer and Dr. Christopher Browning, experts in Holocaust studies.
PLU’s mission to support the education of our students and larger community on issues of diversity and justice are intimately connected to the study of the tragedy of the Holocaust. Students can see that marginalization of a minority group, such as the Jews of Nazi Germany, can lead to life-threatening situations culminating in one of the world’s modern genocides. Issues of distortion and denial make the process of reconciliation and healing less likely and serve as an insult to the memory of all those whose lives were destroyed in the Holocaust. 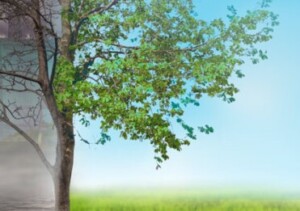 16th Annual David & Marilyn Knutson Lecture
featuring Rev. Dr. James Martin-Schramm ’81
Where virulent anti-Semitism was the most important issue facing the church in Bonhoeffer’s day, Martin-Schramm argues Bonhoeffer would have grave concerns about the impacts of climate change on present and future generations. The lecture explores tensions between patriotism and resistance and considers how God is at work in the world today among all who are striving for climate justice.

The essence of Critical Race Theory is to examine the intersections of race and law in the United States and bring the truth about how racism has been institutionalized into American Laws and Policies to broader social awareness.

On one side of discourse is the belief that Critical Race Theory helps us to examine racist laws and policies through a scientific lens and commit to historical truth telling about the intergenerational impact of those laws and policies on individuals and communities of color.

Detractors believe that the purpose of Critical Race Theory is to paint all whites as racist and to indoctrinate white children into shouldering shame for benefiting off of the actions of their predecessors.

Without full understanding about the content of and context for teaching Critical Race Theory, it, like so many potentially enlightening ideologies, has been politicized to further create fear, anger, and division.

Share Your Expertise!
Are you interested in sharing your knowledge with other Lutes? We are looking for alumni and faculty who would be interested in participating in the PLU Experts & Insights series. Submit an interest form!

Our professional and educational standards, our innovative responses to changing health care markets, and our distinguished history of educating students for lives of service have earned the Pacific Lutheran University School of Nursing, and it’s Center for Continued Nursing Learning, a reputation for excellence in the Pacific Northwest. Many workshops, seminars, and courses will enable health professionals to stay current with the latest research and skills, refresh previously-acquired information, and ultimately improve health care for society.