Lagerquist – Behind the Scenes (Pre-Installation)

Lagerquist – Behind the Scenes (Pre-Installation) 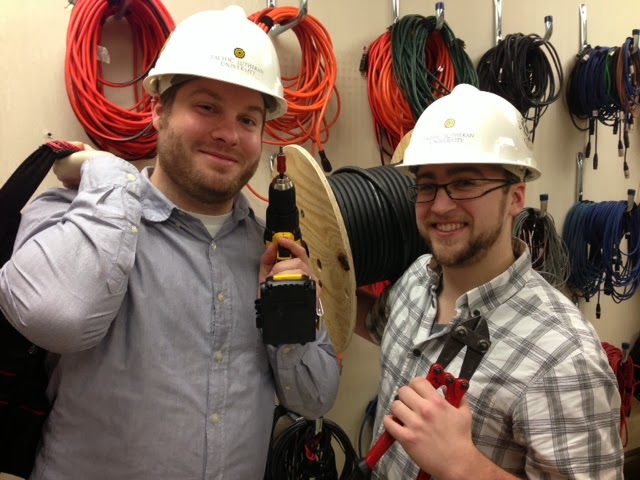 Out With the Old

The Lagerquist Concert Hall in Mary Baker Russel has been used for recitals and events since the building was constructed in 1997. While many people attend the events in the hall, few know of the work being done in the production room right next door. Over 1500 concerts and events have been captured using the audio and video recording hardware inside this room since 2009. Initially the room only recorded audio, but fifteen years later iTech (Instructional Technologies) upgraded the room for digital distribution. Since the upgrade, we have streamed HD video and audio for over 125 concerts and events. In order to keep up with this growing demand, we are continuing to upgrade audio hardware over the next few months. This blog post is the first of a two-part story on the latest upgrade, focusing on installation preparation.

In With the New!

Planning for these upgrades actually began in the fall of 2012. Under increasing demands for recording and streaming events, Travis Pagel (photo-left) and I (photo-right) met to discuss goals for a system upgrade. Because most events are supported by student technicians, increasing ease of use was at the forefront of our plans. The decision to switch to the Pro Tools software on the Macintosh was adopted early-on for it’s durability and simplicity. To streamline the recording process, analog CD recorders have been swapped out for their digital counterparts. Finally, as space has become a premium with the addition of the streaming hardware, the whole layout of the room had to be redesigned. Designs were drafted, a new desk was ordered, and pre-installation work officially began. 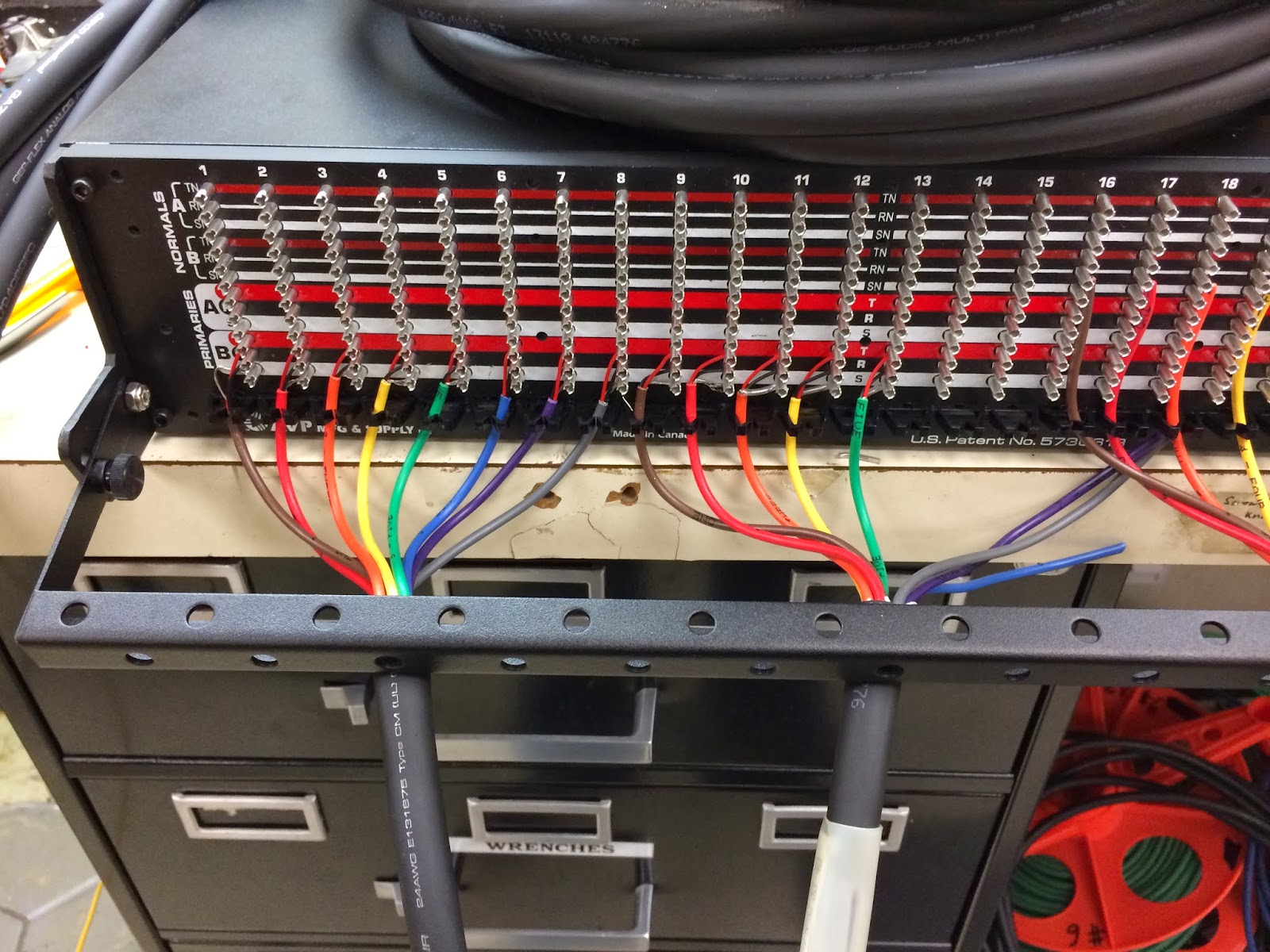 Working on one of the new patch bays.

Preparing for an installation is like getting ready for a snowball fight. No really. It involves multiple layers of clothing (or upgrading equipment in our case), and ensuring that hot chocolate (or a test audio stream) is on standby. A complete list of all the equipment needed to purchase was created and, once the order was placed, the real preparation work began. One of the key parts of the upgrade was to re-route all of the audio cables into a new set of patch bays (pictured below).

To save time, work on the patch bay termination began a few weeks before installation. Over this time Travis and I measured, cut, and terminated (solder/punched connectors on the cabling) over 500 feet of 12-channel snake. As installation work began on December 16th, Travis and I hit the ground running in order to finish the work before the hall was first used with the new equipment. 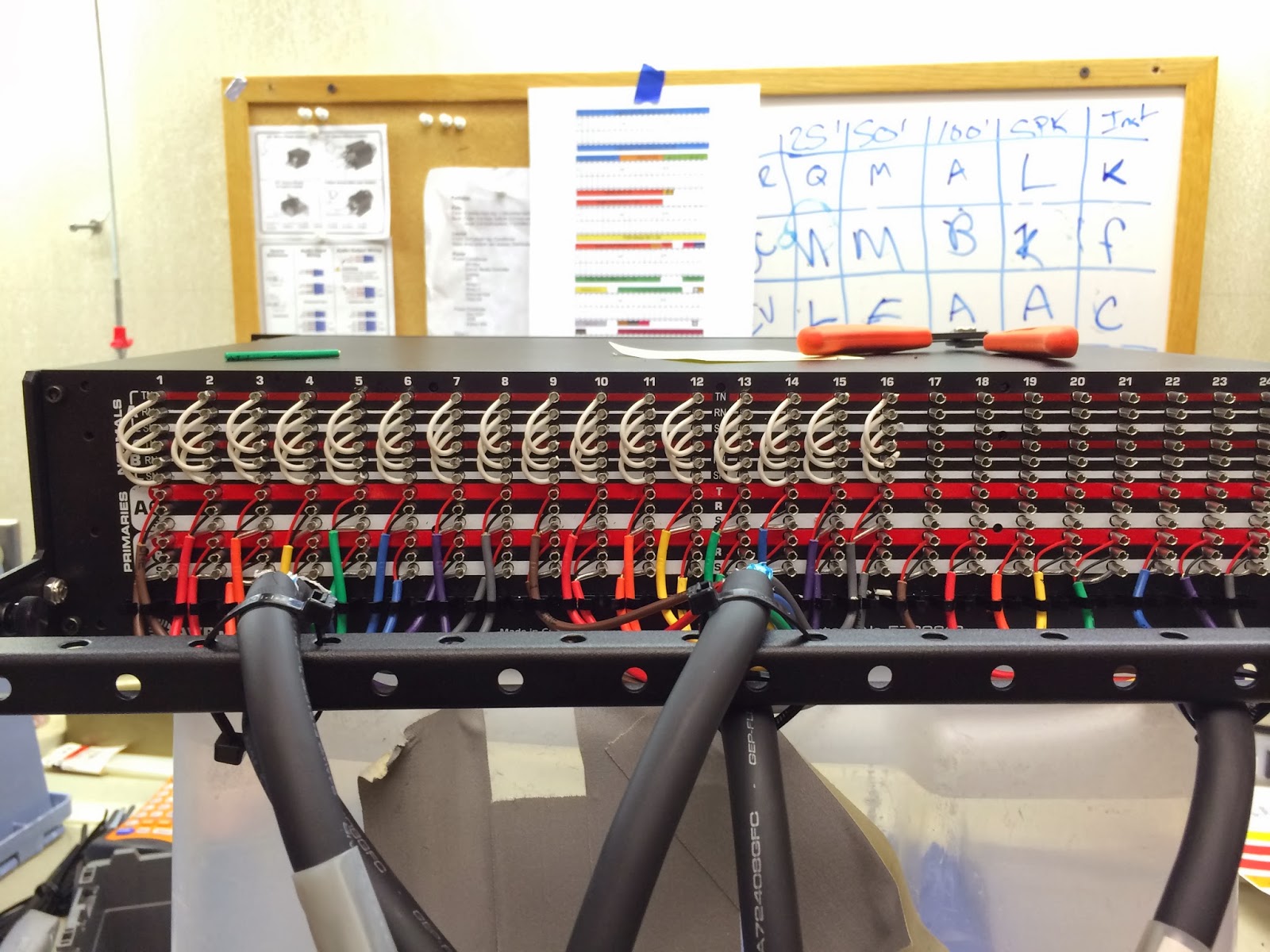 This officially ends part I of this story. Thanks for reading our behind the scenes look at an iTech upgrade and be sure to stay tuned for our next post which details the actual installation!