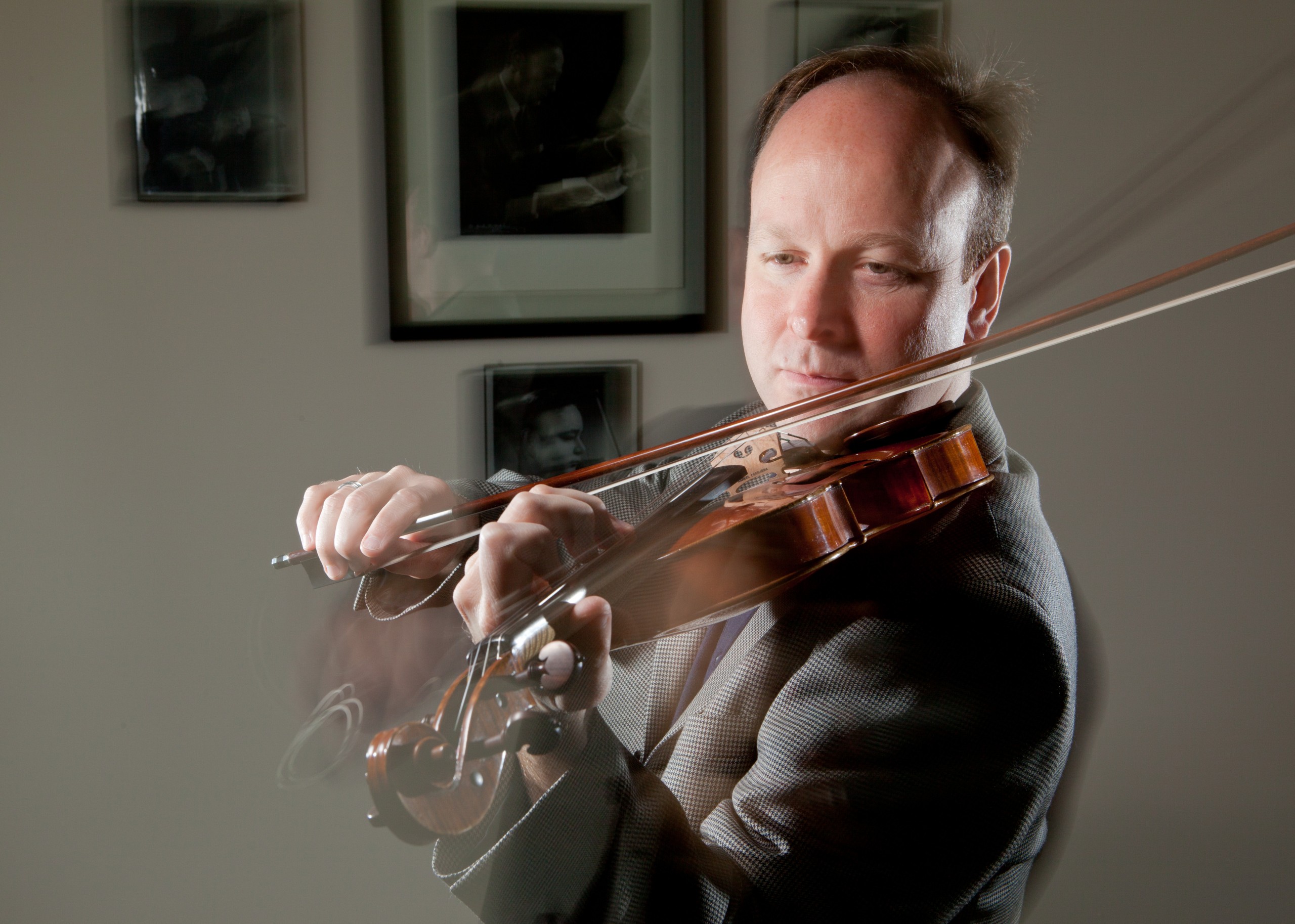 Looking back, Svend Rønning ’89 can’t remember when music wasn’t  part of his life. His mother was a piano teacher; his grandfather played the violin.

In fact, he still occasionally uses a bow that his grandfather bought from a Sears and Roebuck catalogue in the 1920s.

Ronning, who plays violin, came to PLU as a music major in 1985. While at PLU, he managed to join a string quartet, and during the summer snagged some gigs at one of the main lodges in Yellowstone National Park.

“For four hours every night, we were the entertainment,” said Ronning, who is an associate professor of music, and chair of the string division at PLU.

At the lodge, they had a captive audience. And some of the members of that audience were vacationing musicians from nationally renowned orchestras.

“One guy was from the New York Philharmonic and had played chamber music with Albert Einstein at Princeton,” Ronning remembered.

“We were intimidated and inspired at the same time to have the concertmaster of the National Symphony give us a lesson in the Lake Yellowstone Hotel lobby,” he laughed.

Graduating from PLU in 1989, Rønning won a fellowship to Yale and earned his masters and a doctorate at the university. Rønning loved the university setting, but struck out to New York City to work as a freelancer, where he worked Broadway shows, recording studios and brushed shoulders with famous musicians such as violinist Itzhak Perlman.

“But I found I didn’t like it very much,” Ronning said of his life in the Big Apple – “you were just a cog in a big machine.”

Ronning turned back to university life, where he landed on the faculty at the University of Virginia, which carried with it the job of Concertmaster (lead violinist) of the Charlottesville Symphony. In 1999, he joined the PLU faculty, where he has continued to develop his performing career – he became the concertmaster of the Tacoma Symphony in 2000 and has been the artistic director of the Second City Chamber Series in Tacoma since 2007. His schedule keeps him busy with 30 to 50 concerts a year, while still teaching full time.

Ronning’s joy is being around the students and teaching them. “Music is one of the best things you can do for your mind, body and soul,” he said. “No matter what major you take.”

Yes, if you want to be a full-time musician, you have to be tough and good to make it in the professional world, he said. But even if that’s not your final goal, Ronning encourages all students with an interest in music to pursue it at PLU.

“When you build music skills, you build skills for life,” he said. “It teaches you to think faster, work harder, and to feel more deeply. And PLU is a great place to study music, whether you pursue it professionally or just pursue it passionately.”

Ronning feels blessed he’s been able to do both.