On Thursday, February 20, the 2014 SOAC Focus Series on Entrepreneurship will kick off with the Black History Month Concert in Lagerquist Concert Hall. Directed by David Deacon-Joyner, the concert plays tribute to the entrepreneurship of African-Americans featuring the legacy of their music, literature, and art.

A joint effort by the PLU School of Arts and Communication, Multicultural Recruitment, and the Department of Music, the concert features the PLU university orchestra, wind ensemble, jazz ensemble, and Chorale.  It will also feature Tacoma talent steel drum artist Obe Quarless, vocalist Marlette Buchanan, and DaNell Daymon and the Greater Works Chorale.

After emancipation and the end of the Civil War continuing racism and economic rivalry thwarted African-American achievement at every turn. Entertainment was an appealing and viable option. Black music makers not only had a means to make a reasonable living, but also had the means to be a public voice for personal and community cultural expression.

By the beginning of the twentieth century, African-American music represented by ragtime, blues, jazz, and popular song was pulling the American cultural mainstream away from European influence. No one was more aware of this than Europeans themselves, who were captivated by the lively exoticism of this music that had risen from its societal obscurity. 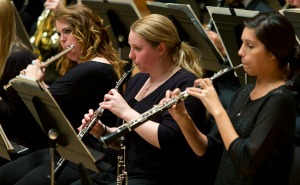 Because of this, the program not only showcases the music of African Americans but of European composers from the early 20th Century that were inspired by African-American music, including French composer Darius Milhaud’s La Creation du Monde and the second movement of Czech composer Antonin Dvorak’s From the New World Symphony.

The PLU jazz ensemble will present the music of Duke Ellington, accompanied by the PLU Swing Dance Club. Ellington and his jazz orchestra became the house band at the Cotton Club in Harlem where Ellington honed his craft and gained worldwide notoriety. Of his hundreds of compositions, the PLU Jazz Ensemble will feature three selections: “Stompy Jones”, an example of a swinging dance number comprised of short “riffs” and fleshed out by brief improvised solos, “I Got It Bad (and That Ain’t Good)”, a composition inspired by and customized for members of Ellington’s band, and “Cottontail”, a piece recorded during a landmark recording session for Victor Records.

The PLU Wind Ensemble will present French composer Darius Milhaud’s “jazz fugue” from Movement 2, “The Chaos Before Creation”, and Movement 5, “The Man and Woman Kiss” of the ballet, La Creation du Monde (The Creation of the World), which was inspired by Milhaud’s experience with early jazz. 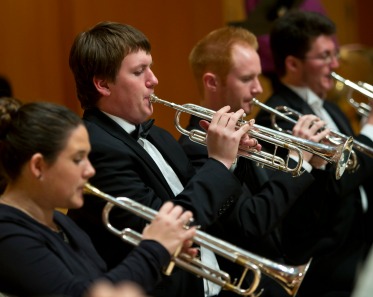 The program features opera singer Marlette Buchanan and alumna Stephanie Ann Johnson, a recent finalist on the NBC program The Voice, presenting music by Harold Arlen and George Gershwin inspired by and written for African-American musicians.

Finally, recognizing that African-American music means all of the Americas. The steel drum tradition from Trinidad is believed to be the only acoustical instrument to be invented in the 20th Century. Often played to the local style known as calypso, the music is joyous and rambunctious. PLU’s own Obe Quarless, who will perform, is a master of this genre.

The 2014 FOCUS series brings together SOAC’s talented students and faculty to examine the theme of entrepreneurship through a multi-disciplinary approach. Through music, art, and communication we come together to explore entrepreneurship and its culture of boundless dreams and actions – where creativity meets and fuels opportunity. In this series we combine the visionary and the pragmatic – the heart and the mind.

Black History Month Concert tickets are $8 general admission, $5 for alumni and patrons over 55, and free to the PLU community and students under 18. Tickets can be purchased at the Concierge Desk in the Anderson University Center, at the door, or at 253-535-7411.