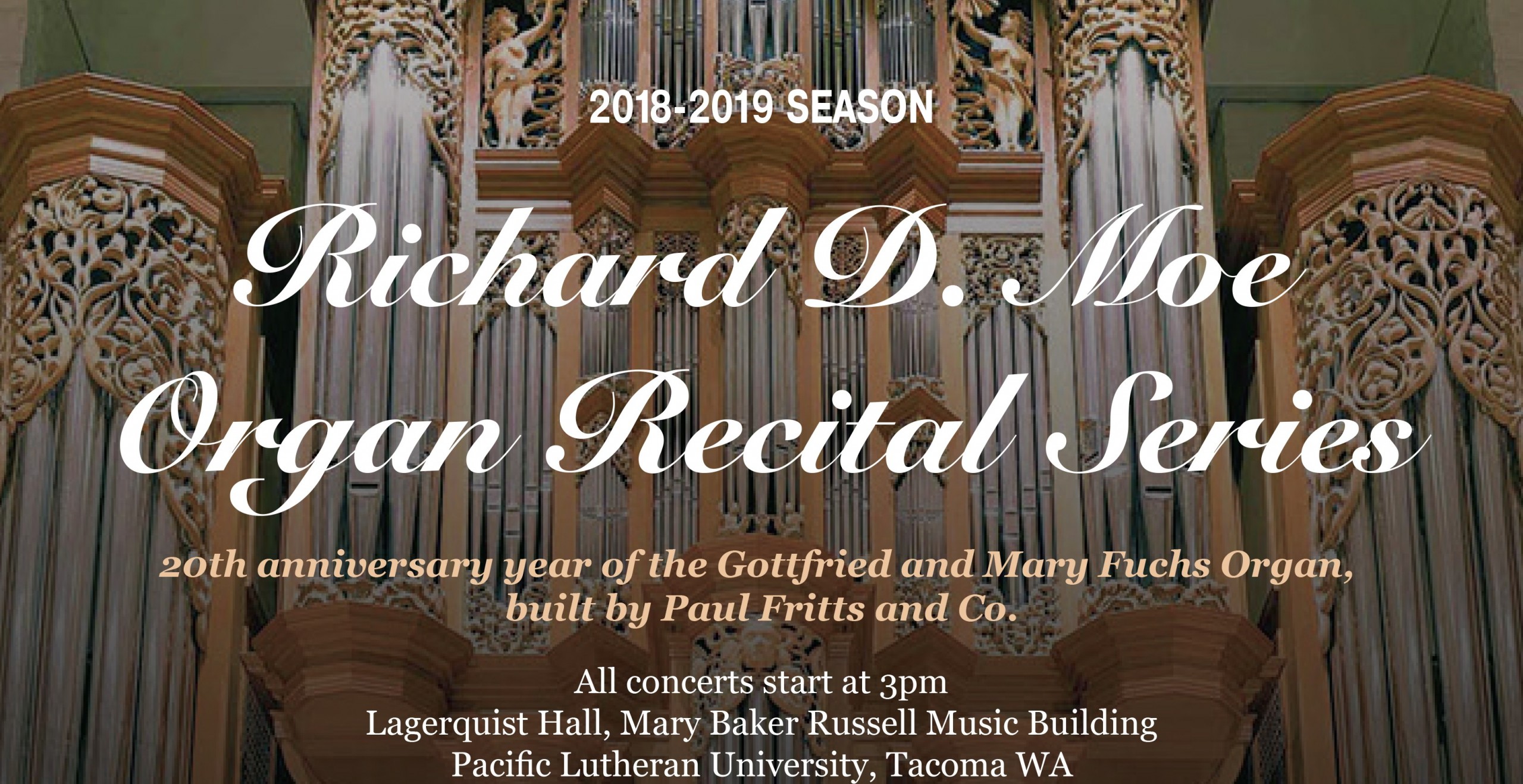 The Richard D. Moe Organ Series has an exciting lineup of performances planned for the 2018-19 academic year. The upcoming October 21st performance will be the 20th Anniversary Concert of the Gottfried and Mary Fuchs Organ and feature PLU’s own music faculty and student performers. The star lineup includes University Organist, Paul Tegels; Svend Rønning, violin; Jennifer Rhyne, flute; and the PLU Choral Union under the direction of Richard Nance.

The program will include works of Buxtehude, Bach, Franck, Rheinberger, and Britten.

“It is a rare opportunity to hear the breadth and depth of the Lagerquist organ in so many different combinations in one concert. With the wide arrange of artists joining this performance, it is not the usual organ solo concert,” stated Paul Tegels, Associate Professor of Music and University Organist.

October 21, 2018
Works for Organ Solo and Organ Plus
20th Anniversary Concert of the Gottfried and Mary Fuchs Organ

October 21, 2018, Works for Organ Solo and Organ Plus, 20th Anniversary Concert of the Gottfried and Mary Fuchs Organ

Dr. Terry is professor of organ at the University of Washington, Seattle. Her career as a renowned performer and pedagogue of the organ and harpsichord has taken her to many cities and universities throughout the United States, Europe, and the Far East.

Widely known as a performer in the United States and in Europe, Dr. Porter has also achieved international recognition for his skill in improvisation in a wide variety of styles, ancient and modern.