Last July I was contacted by a PLU music faculty member, Erik Steighner, about recording an album. Erik, as a saxophone professor, obviously loves music for saxophone. His dream was to record an album of modern chamber music for saxophone featuring composers from the Pacific Northwest area. I was excited to be able be a part of this new opportunity. 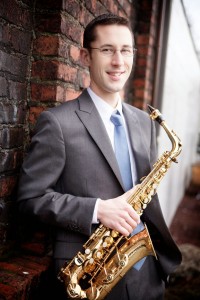 My First Album Produced at PLU

Unfortunately, prior to the upgrades in the Lagerquist Production room this past winter we could only record two tracks at a time, or a single stereo file. This provided a new challenge for me: the mix I recorded was set in stone. If I failed to balance the instruments properly while recording, there would be no way to fix them later. I’ll admit, I was worried. I’d never been in a situation where I couldn’t go back and fix things in a recording, and this was my first time producing an album at PLU. My First Album Produced at PLU

Recording sessions were booked, pages of music were scanned, and I began to realize the scale of my undertaking. The album consisted of seven pieces, some with multiple movements, for a total of 18 tracks. Each piece had a different set of instruments, and each movement had it’s own tone. The schedule didn’t help: we were constrained on time, and often needed to record the entire piece in one sitting (movements and all). Having a great producer can mean the difference between a decent album and a disaster. Enter, Dr. Edwin Powell. 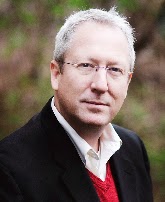 During the recording process, Ed and I worked as a seamless team. I was responsible for making the instruments sound stellar, while he made sure those stellar notes were correct. While I consider myself a recovering musician, Ed lives and breathes music on a daily basis. Ed caught the performance issues, and I caught the recording issues. When we were both satisfied with a piece, we knew we had a great product.

Then came the fun part: editing. Once all recording was finished, we didn’t just have 18 tracks for the 18 pieces, we had over 500 clips. Erik and Ed spent countless hours listening to find the best clips from each section, and created an outline for me to follow. I then edited the clips together to make one continuous file…18 times over. Although no one will ever be able to tell from the final product, one song on the album could be made up of over 20 individual recordings.

Once the edits were completed, I applied some subtle EQ changes and exported the tracks for the album. Erik sent the tracks over to a production company, who in turn created the physical copies of the album, which is currently available for purchase on iTunes. While I doubt it will ever make the “top 40”, I’m very happy with how the album came together.

I’m very grateful to both Erik and Ed for the opportunity to work on the album. While album production isn’t necessarily an iTech service, I believe that there is a place for it at PLU. Perhaps a jazz CD is in our future.. who knows?