A Symphony of Light

A Symphony of Light

The Aurora Borealis is the largest optical phenomenon in the Earth’s upper atmosphere; a spectacular event, that many only dream of seeing. For those that aspire to see this natural phenomenon, you can get a glimpse at Pacific Lutheran University’s U.S. premiere of the Nordic Light Symphony by composer Ēriks Ešenvalds. The March 4 premiere in Eastvold Auditorium will be a treat for your eyes and ears; the multi-media event features the Choral Union, Choir of the West, and the University Symphony Orchestra.

Latvian composer Ešenvalds traveled to the arctic regions with a videographer to film the Aurora. Along the way he met with 23 native storytellers and recorded more than 40 different myths and songs about the Northern Lights. This media was compiled into a narrative with videos of the lights and recordings of nature sounds. From there, the music of a large, multi-media work for choir and orchestra was born. The music underlays the images, songs and stories told by the various people from the arctic regions. It is at times mystical, ethereal, dramatic and lyrical.

“I remember the night we met for the first time in the snow-clad meadow of Northern Norway – the Aurora Polaris flared up, and, no matter how hard they tried, my eyes could not grasp the splendour in its totality,” Ešenvalds wrote. “Looking at the sky, I fell backwards into the snow and could not help making a snow angel. Then I whistled and hummed the Latvian folksong on the arctic lights.” That night his multimedia symphony was born.

Ešenvalds composed Northern Lights, a separate work for unaccompanied choir, water-tuned glasses and chimes for PLU’s Choir of the West in 2013. The choir premiered the work on tour that year and later performed it at the American Choral Directors Association National Conference, held in Dallas.

“I had long admired Ēriks’ work, and wrote to him about the possibility of composing a piece that we could perform on our ACDA program,” music professor Richard Nance said. “He generously composed Northern Lights for us, and we performed it to great acclaim at the conference–it was THE piece that everyone in attendance talked about.”

In April 2013 Nance visited the composer in Latvia while on sabbatical. It was then Ešenvalds  approached him about PLU joining a consortium of choirs from around the world to commission and premiere his Nordic Light Symphony. The other organizations include: State Choir ‘Latvija’ and Liepaja Symphony Orchestra (Latvia), the Melbourne Symphony Orchestra and Chorus (Australia), the: Berlin Radio Choir (Germany), City of London Sinfonia (UK), Toronto Orpheus Choir (Canada).

“I was thrilled that a composer of this stature would ask our university to give the United States premiere performance of this incredible new work, and count us among this great group of performing organizations,” Nance remarked.

Ešenvalds will be in Tacoma for three days of rehearsal and performance. He will be a helpful guide in striking the right balance between choir and orchestra, giving advice on technical elements, and inspiring the students to their highest level of expression.

The Nordic Light Symphony will form the second half of the concert. The University Symphony Orchestra will open the first half with a 22-minute work by American composer Alan Hovhannes, the Symphony no. 6, opus 173 (Celestial Gate). Choral Union will perform two of Ešenvalds’ unaccompanied works, A Drop In The Ocean (with texts from St. Francis of Assisi and Mother Theresa) and The Long Road, a setting of a love poem by Latvian poet Fricis Bārda. Choir of the West will then perform a two song set of unaccompanied pieces about the Aurora: Rivers of Light and Northern Lights, by Ešenvalds.

Prior to the concert, Ešenvalds will present the premiere of a documentary film on the research that led to the Nordic Light Symphony. This free event will be held prior to the concert in Eastvold Auditorium (Karen Hille Phillips Center for the Performing Arts) from 6-7pm. There will be an hour between the documentary and concert to allow for dinner in the University Center or Garfield Street. Ešenvalds will be present to introduce the film and answer questions.

Tickets for the concert can be purchased online, over the phone and at the door: $15 general admission, $10 senior citizen, alumni, and PLU community members, $5 for students. 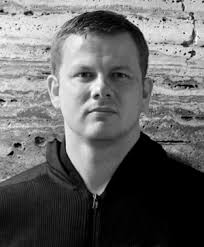 The Latvian composer Ēriks Ešenvalds is one of the most sought-after choral composers working today, with a busy commission schedule and performances of his music heard on every continent.