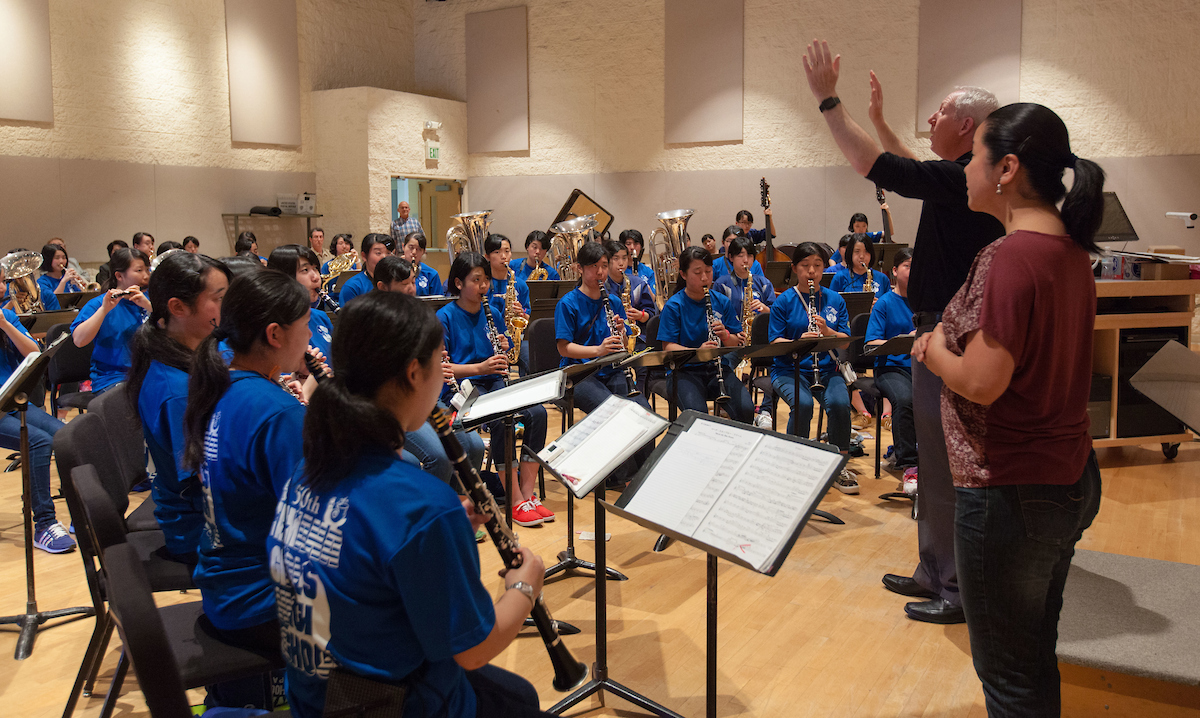 Image: Tamara School Band, of Kumamoto, Japan, in a workshop at PLU with Ed Powell and Ron Gerhardstein and translated by Miho Takekawa on Tuesday, June 7, 2016. The band visits the US every other year with it’s sister school Graham Kapowsin. (Photo: John Froschauer/PLU)

This year, the Friendship Concert performed by Tamana Girls High School Wind Orchestra and the Graham-Kapowsin High School Wind Ensemble will take place on Sunday, June 3rd at 2 p.m. at Pacific Lutheran University’s Lagerquist Concert Hall.  The concert is free and open to the public. 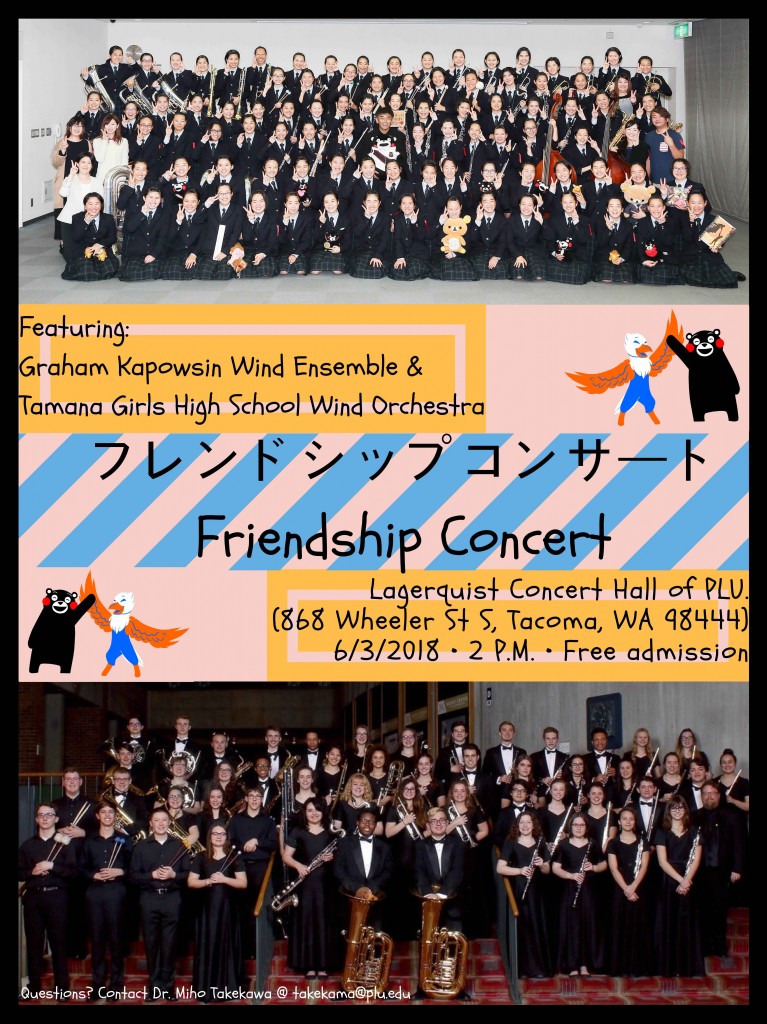 Mr. Yamamoto continues to give generous financial support for students in the U.S. and Japan to be able to travel to each country.

This past January, GKHS students traveled to Japan where they had the opportunity to perform with the Tamana Girls High School students in a New Year Concert.

The concert not only brings the two countries together, but also brings in local music students to the department. Current PLU students Darek Solomon, Corey Solomon and Frank Saxon, originally from the Graham-Kapowsin Band, traveled to Japan and performed at PLU with the Japanese band while they were in high school, bringing the experience full circle.

Mr. Yamamoto, Dr. Takekawa, GKHS band director, Paul Bain and Tamana Girls High School Wind Orchestra director, Mr. Shinichi Yoneda believe music connects the students and their audience, regardless of any language differences. While the Japanese students are in Pierce County, the GKHS students and their families host the girls, creating friendships to last a lifetime.

The Tamana Girls High School students will have multiple band practices during their stay in Washington. For most of the students, this will be their first time in the U.S., and thus a quick tour of western Washington is also on their busy schedule. After their performance with GKHS on June 3rd, they will perform at the Glenn Miller Festival in Clarinda, Iowa where jazz legend Glenn Miller was born.

The Tamana Girls High School Wind Orchestra have received multiple gold medals both at the All Japan Band Association and Japan Marching Band Association. The band program at Graham-Kapowsin High School have also experienced tremendous success. They were selected to perform at the 2010 and 2014 Washington Music Educators Association Conference in Yakima, Washington. In 2015, the GKHS wind ensemble performed at the Northwest Regional Music for All Festival.