One of the most beloved holiday traditions in the Northwest, The Choir of the West, University Chorale, and University Symphony Orchestra present PLU’s annual Christmas concert, O Nata Lux. Works by Dan Forrest, Eric Whitacre, Morten Lauridsen, Benjamin Britten and others will be mixed with traditional carols and seasonal favorites as we celebrate the glory, hope and light of the Christmas season.

Read below for more highlights about the upcoming concert! Tickets are available online at www.plu.edu/christmas.

The theme of the concert this year is “O nata lux” (O light born). The text is taken from the first line of a hymn for the Feast of the Transfiguration, but its message resonates in a season where we journey from the darkness of Advent to the light of Christmas, experience the warmth of hope amidst the cold of December, and find symbols of promise in times of despair.

Our central work this year is Dan Forrest’s LUX: The Dawn From On High. During this concert, students will perform four of the five-movements in this work, all of which explore various facets of “light” in texts ranging from ancient liturgical chant to Scripture to modern secular poetry.

The University Chorale will present a set of three works in the middle portion of O Nata Lux. Tomas Luis de Victoria, Spain’s most famous 16th-century composer, takes us on a musical journey into the heart of the Italian Renaissance in his 1572 setting of O magnum mysterium. The work is an exemplar of the fluid counterpoint and polyphonic style of the time. The Chorale continues with Abbie Betinis’ haunting, and often surprising, setting of In the Bleak Midwinter, and Fred Prentice’s short, animated romp through Sing We Now of Christmas. 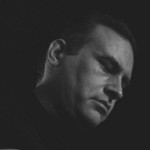 The Choir of the West sings a beautiful setting of the poem What Sweeter Music by the 17th-Century English Poet, Robert Herrick. The harp accompaniment as written by Michael Fink is set in a very gentle, dance-like fashion underneath chordal statements of the text by the choir.

Morten Lauridsen is considered one of America’s most important composers of choral music, and his O Nata Lux (O Born of Light) is considered the definitive contemporary setting of that text. This piece comes from a larger work, Lux Aeterna, set in quasi-Renaissance style, with serene, chant-like chordal sections interwoven with sections of polyphony. 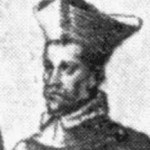 Peter Philips is a primary composer of English church music from the late Renaissance. O beatum et sacrosanctum diem is a joyous Christmas motet from his 1612 collection Canciones Sacrae. Philips uses word painting throughout the work, as the voice parts imitate the sounds of instruments and hosts of angels singing endless praise. Philips was one of the most prolific Northern composers of Latin sacred choral music, with a few hundred surviving motets. 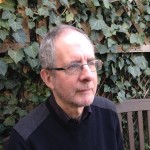 British composer Alan Bullard composed the cheerful carol Glory to the Christ Child in 2005. He said, “This piece alternates a rhythmic and asymmetrical refrain (harmonized differently on each appearance) with a lovely medieval poem, ‘Out of the Orient skies a blazing star did shine.’”

Benjamin Britten is one of the composers featured in our holiday concert this year, O Nata Lux. Most pieces are collaborative between our choirs and orchestra, but this one features the talents of just the University Symphony Orchestra.

The featured piece was commissioned by the BBC for a holiday broadcast in 1947. According to Dr. Jeffrey Bell-Hanson, Conductor of USO and Professor of Music, “Variations on the well-known carol God Rest Ye Merry Gentlemen were commissioned to be interspersed between scenes of Christmas celebrations from around the world. Some of the inner variations are a bit light-hearted and meant to pick up some vague bits of local color. There is a variation that is lullaby-like. As a sort of soundtrack for this audio journey around the world, the music was meant to convey a sense of the universality of good will in the period of recovery after World War II.

The variations were not meant to be played continuously when they were written, as we will do in this concert. In fact, the last few minutes of music in our performance was added later when the music was presented in concert. Britten needed an ending where he had not supplied one for the original commission.”

We conclude, as always, with the combined forces of the choir and orchestra in an arrangement of Beautiful Savior, penned by PLU Associate Professor of Music and Organist Paul Tegels. We hope that our musical journey from darkness to light has in some way brightened your holiday season. Thank you for your continued support of PLU and our music program.