Dr. Jon R. Kershner, a Washington native, earned a B.A. in Christian Ministries from George Fox University in Newberg, Oregon, in 2001. After working in a Quaker church for a year, he and his wife packed their few belongings into a U-Haul and drove cross-country to New Jersey, where he began a Master’s in Divinity at Princeton Theological Seminary. Upon graduation in 2005, he returned to the beautiful northwest where he took a position as a Pastor in a Quaker Church in Northeast Tacoma. In 2008, he resigned his role as Pastor and began a Ph.D. in Theology with the University of Birmingham (UK), spending a couple months each year in England. In 2013, he completed his Ph.D., which explored the apocalypticism of eighteenth century Quaker proto-abolitionist, John Woolman (1720-1772).

Since 2012, Dr. Kershner has taught theology, Quaker Studies, and peace and justice issues at Earlham School of Religion in Indiana, Barclay College in Kansas, and University of Lancaster (UK). He has published articles and chapters on Quaker antislavery efforts, global theology and colonial American theology. His book on John Woolman is currently under peer review, as is a book on Quakers and mysticism. A chapter on evangelicalism and global Christianity will soon be published in the new Cambridge Companion to Quaker Studies. His teaching interests include theologies of peace and justice, historical theology and the history of Christianity.

Dr. Kershner makes his home in Renton with his wife Jessica, a high school math teacher, their daughter Lucy (3) and their dog, Patches (15), a long-time companion. When he is not researching or teaching, he enjoys hiking, snowshoeing, listening to baseball on the radio (the way God meant it), and reading. 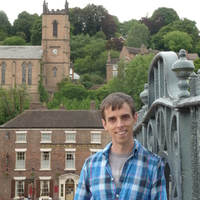