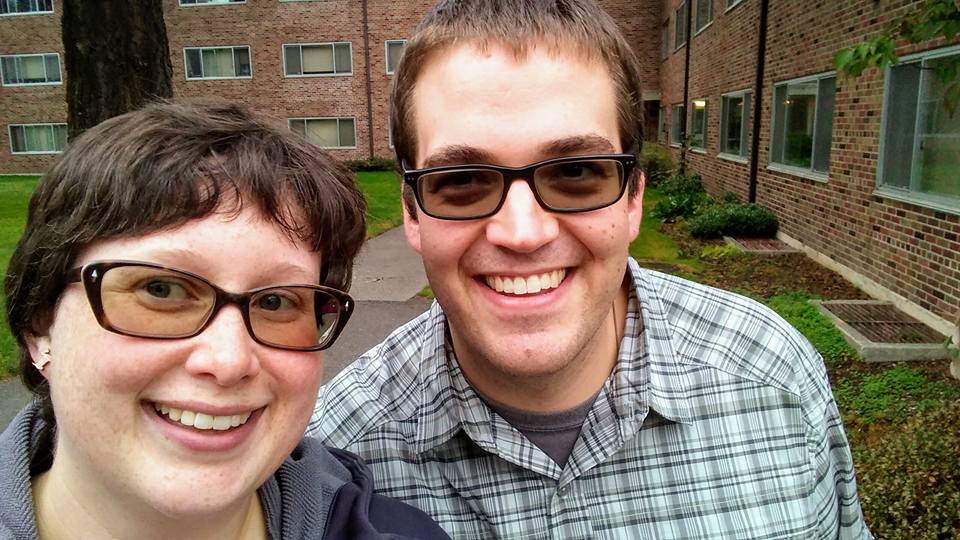 Robin and Collin (pictured in 2017) were PLU students and, eventually, became spouses. Now, Collin is back as a professor.

In Fall 2017, PLU’s Department of Languages and Literatures welcomed visiting lecturer Collin Brown. Professor Brown is teaching first semester Norwegian as well as Writing 101. As a former Lute (2010), Professor Brown is naturally inclined towards the PLU mission of inquiry, leadership, service and care.

“The reason I’m interested in my dissertation and the research involved is because it is inquiry into an area of Lutheran history that is not widely studied––in Scandinavia or here. The Lutheran Church is becoming more and more global, so that means you have a Lutheran tradition that’s being reinterpreted by different communities and cultural backgrounds. Especially in this five-hundred-year anniversary of the Reformation it is important to say it is great to be Lutheran and it’s cool, but it is also important to say ‘Oh, wait, we weren’t always great; and here are some things that were not so great.’”

Collin Brown’s dissertation concerns how theological changes during the Reformation influenced missionaries as they traveled to the Sámi population in Northern Norway. More specifically, he is writing about how the missionaries wrote about the Sámis as, among other things, evil and devil worshippers. “The way the missionaries categorized the Sámis play into the religious anxieties of the period, regarding the purity of the Christian faith,” he says.

His argument that revolves around how Lutherans wanted to redefine what being a Christian is after the Reformation. “When the Missionaries write about the Sámi they do list all of the supposedly horrible practices and they always make it sound like some black mass and play it up like that. Bu their main concern is in the persisting belief; even after the Sámi started going to church, even after they’ve been exposed to Christianity for decades, they [the Sámi] still believe in the pagan gods and spirits, so it’s that lasting belief that really sets the missionaries off.”

Professor Brown has returned “back home” to PLU after having spent five years at the University of Texas at Austin, where he has one year left on his dissertation in Germanic studies. Professor Brown graduated from PLU in 2010 where he earned a major in German and a minor in Norwegian. He met his wife at PLU; they got married in 2011 and currently live in Seattle, where he was born. His wife is the person who got him interested in Norwegian.

“You could say that the entire reason I’m here is because of her,” he laughs. They met in Hong Hall during their sophomore year; he lived in the German Hall, she in the Norwegian Hall. “A PLU marriage, a Norwegian marriage and a Hong Hall marriage,” Collin Brown says.

Professor Brown taught German for four years at the University of Texas. “It’s fun teaching languages. I love German but it’s fun teaching Norwegian, which is a little different. The grammar in Norwegian is somewhat simpler, so in a language class you can get to talking about bigger topics quicker,” he says.

Professor Brown says that he appreciates the amount of time PLU faculty gets to spend with students. “I think it’s a part of a university culture of teachers, professors and instructors who want to get to know students and to help them as best they can. There’s just a lot more one-on-one interaction between professors and students here.”

He thinks that his own method when approaching a teacher–student relationship is very similar: “That’s what I experienced here for four years when I was an undergrad, and that’s what got me started on this career path. I don’t think a lot of universities have that personal interaction with the teacher and I’m very thankful that I had that experience as an undergrad, and now I get to do that as well in my teaching.” 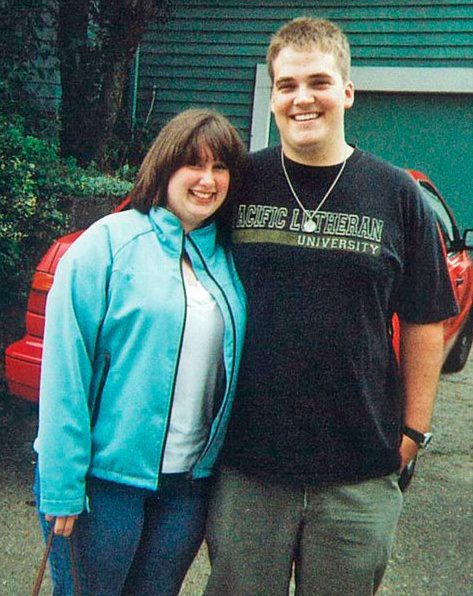 Robin and Collin during their time as PLU students.

“You could say that the entire reason I’m here is because of her.”

Professor Brown describes himself as a big horror movie fan and recently co-wrote (with Matthew Anderson, MA, from the University of Austin at Texas) an academic article on religious narratives in Ghostbusters (1984). As Professor Brown explains, you can go through the spiritualist literature of the 19th and 20th century and find five prevailing views/opinions on the spiritualist movement. “We basically analyze Ghostbusters through the lens of religious dialogues. The way we interpret Ghostbusters is that each of the main Ghostbusters is sort of a category of these archetypes.”

Henrik Hamer Rojahn is a PLU senior, majoring in English Writing. He completed this article as part of his work in English 425: Nonfiction Writing Capstone.