While the country was divided in joy and grief over Donald Trump being elected President, various U.S Congressional staff members wrote a handbook to encourage resistance to Trump’s political agenda, which sparked the creation of Indivisible, a grassroots and non-partisan political group dedicated to that resistance. Three PLU English faculty on sabbatical last year dedicated their time to activism, joining the Indivisible movement.

Professor Lisa Marcus and Professor James Albrecht were part of an organizing team that created a branch of Indivisible in their hometown of Gig Harbor, and Professor Rona Kaufman became an active member of the group.

Professor Lisa Marcus says she was “horrified” when Donald Trump was elected President. This, alongside her longstanding personal and scholarly commitments to social justice, motivated her to help found Indivisible Gig Harbor. The group, which has a Facebook page with more than 500 members, began as a meeting of like-minded people at a coffee shop. That initial group formed separate local organizations, one of which was Indivisible Gig Harbor. The group nominated co-chairs and began holding regular meetings at the Gig Harbor library. Indivisible Gig Harbor’s mission statement emphasizes resistance, empowerment, and persistence. Professor Marcus believes that the interdependency among those three values results in “actively working for change” by empowering individuals to use their voices and to support one another. Professor Marcus says, “I know it’s a cliché that all politics is local, but I felt like we had to start close to home. That’s why we started in Gig Harbor.” 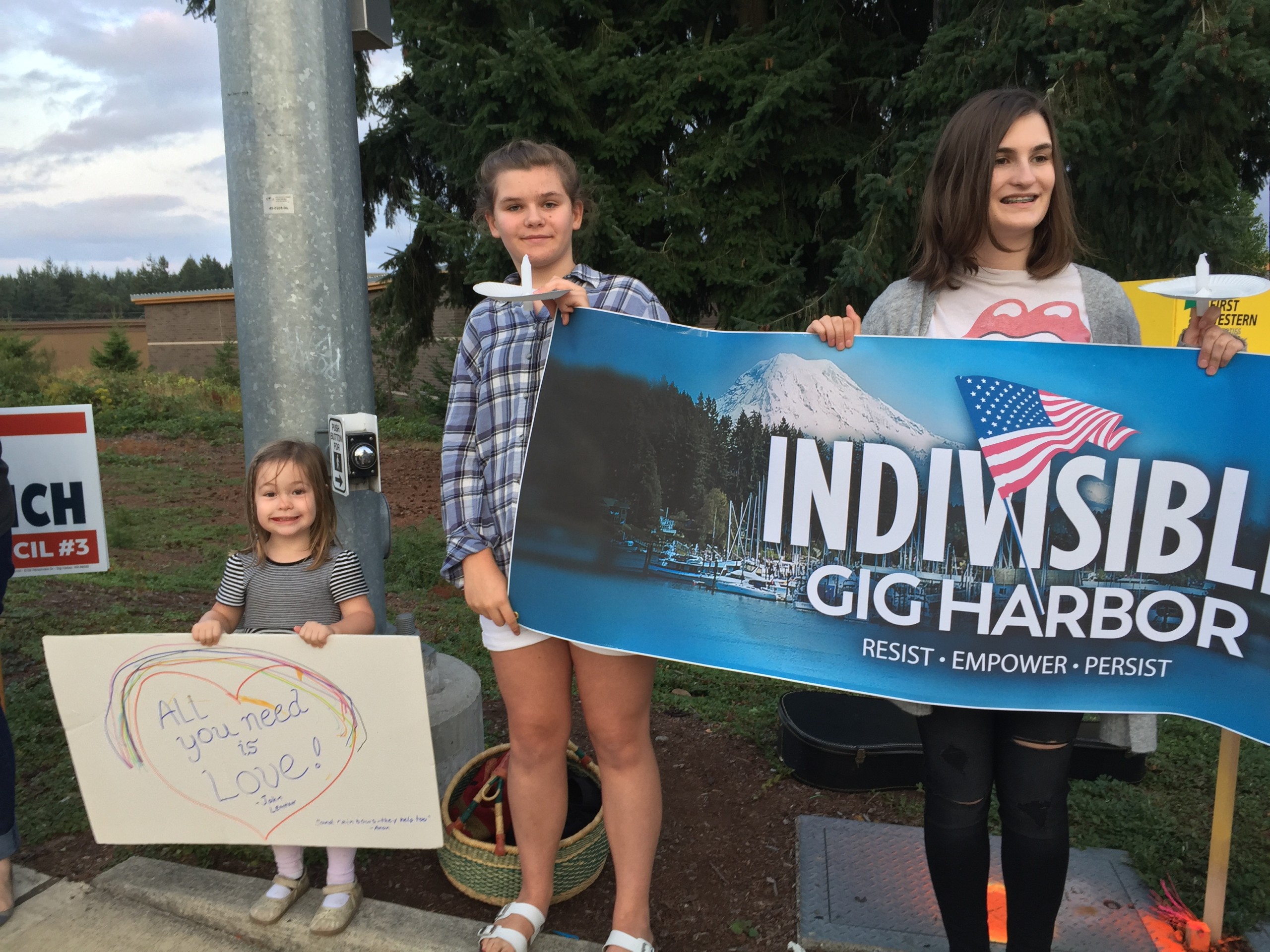 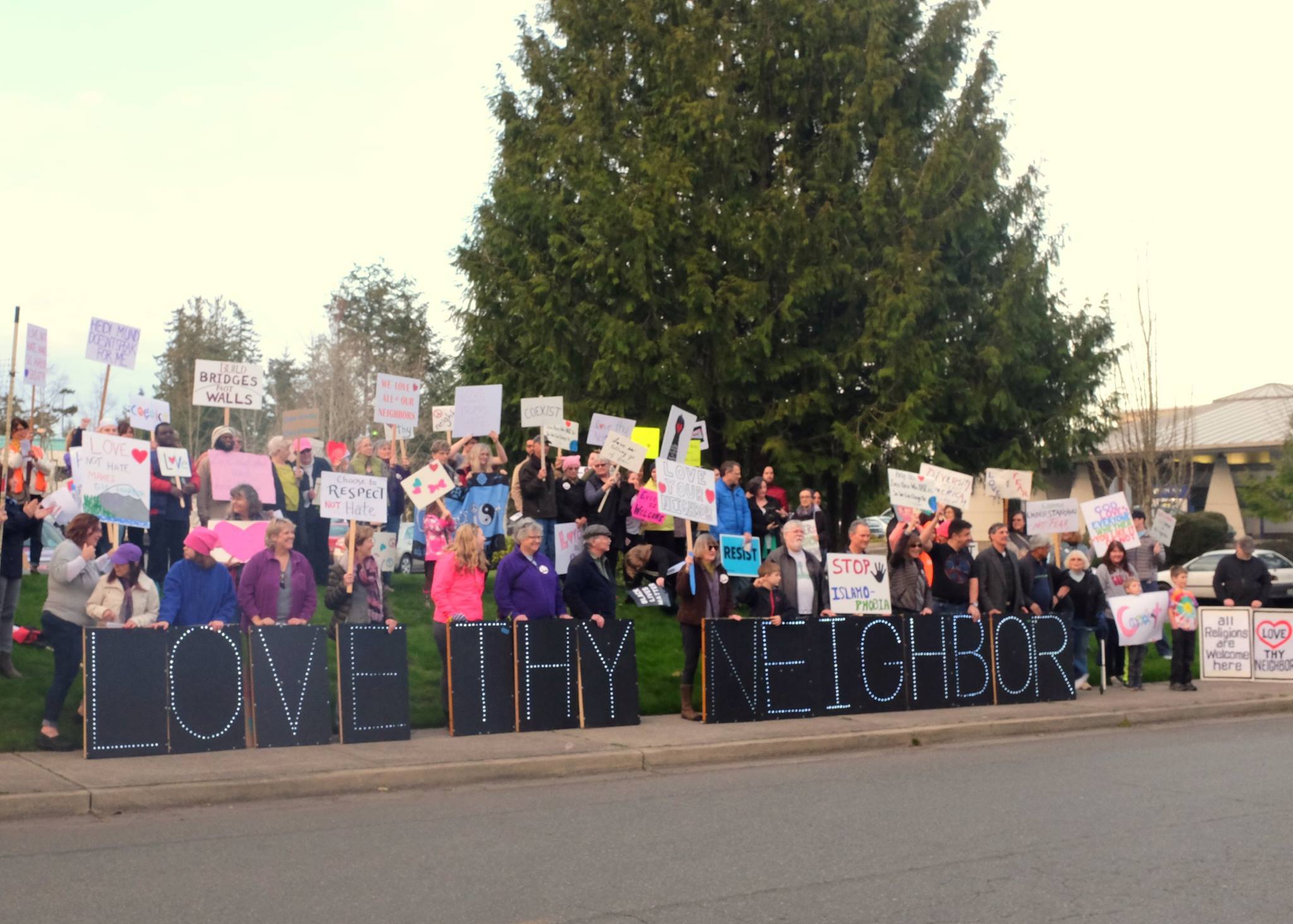 In March 2017, Heidi Mund, an anti-Islamic proponent, was invited by a local Tea Party group to speak at the Gig Harbor library but Indivisible rallied to combat the hate speech. “We held a protest; there was newspaper coverage,” Professor Marcus says, “people came with signs to protest and the event was moved.” The protest was attended by over 150 people, including members of the Islamic Center of Tacoma, and a diverse group of local community members. Professor

Professor James Albrecht, another member of the Indivisible Gig Harbor leadership team, was cognizant of his privileged status as a white male, and thus began his activist work with the group. Professor Albrecht says, “We’re in a crisis as a country and as a concerned citizen, I had to get involved.” He also expressed concern about the “brand of politics Trump is practicing and the support he gained from demonizing various ethnic and religious groups.” Professor Albrecht believes that the importance of Indivisible lies in the fact that “a lot of people feel isolated, and this group is a unifying factor. We combat powerlessness through empowerment and community.”

Indivisible Gig Harbor is a highly inclusive group and one of its purposes is to guide individuals through this time of political confusion. Professor Albrecht discussed the role of education in that guidance: “We have literacy events, we have candidates come in and speak, and we educate members on how to research voting records for members of Congress. It takes public action to raise awareness.”

Professor Rona Kaufman joined Indivisible Gig Harbor and attended protests and meetings, but has been involved in the group to a lesser extent than Professors Marcus and Albrecht, whom she admires for their demonstrations of leadership and determination. Professor Kaufman’s decision to join Indivisible stems from her belief that speaking out against injustice is tremendously important, “It’s more effective to have a collective voice than to have individual voices.”

One of the injustices that Indivisible speaks out against is Trump’s ruling on DACA, which is terminating the program that grants Dreamers – undocumented immigrants brought to the United States as children – the opportunity to study and work legally in this country. President Trump’s decision affected Professor Kaufman as a professor and as the granddaughter of four immigrants who came to the United States in the early 20th century. “It’s a personal issue… it’s my understanding of what this nation is and who should be here,” she says.

Professor Kaufman does not want to end up in a situation where the nation becomes selective in who is a good immigrant and who is a bad immigrant. As a white, Jewish woman living in a relatively wealthy community, she understands the need to speak out against injustice and persecution. She attended the Women’s March and Indivisible’s protest against the violent white supremacist rally in Charlottesville with her husband and their young daughter. Professor Kaufman involved her daughter in the events because she wants her to know that “part of being an American is speaking out against injustice and paying attention.” 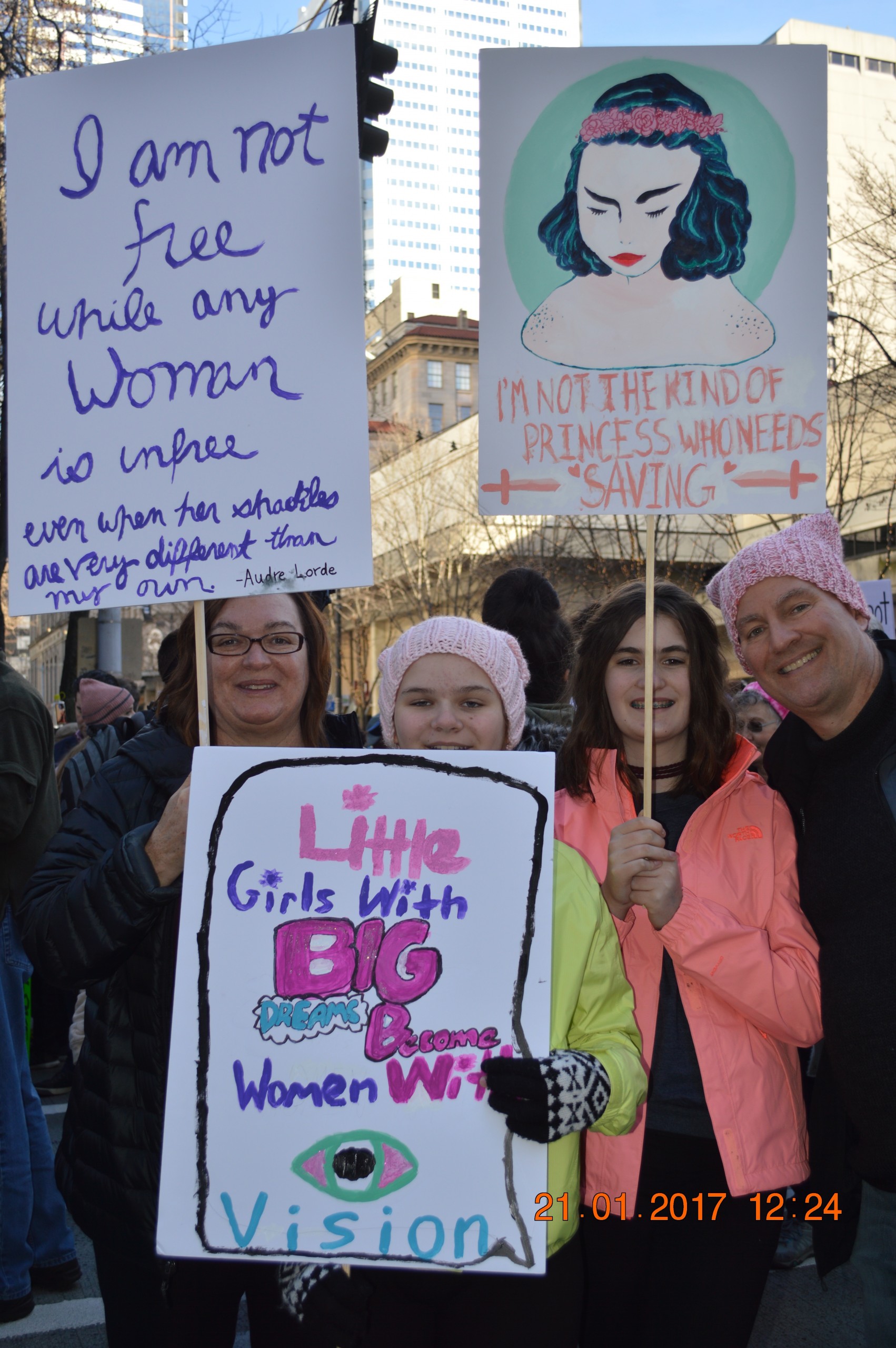 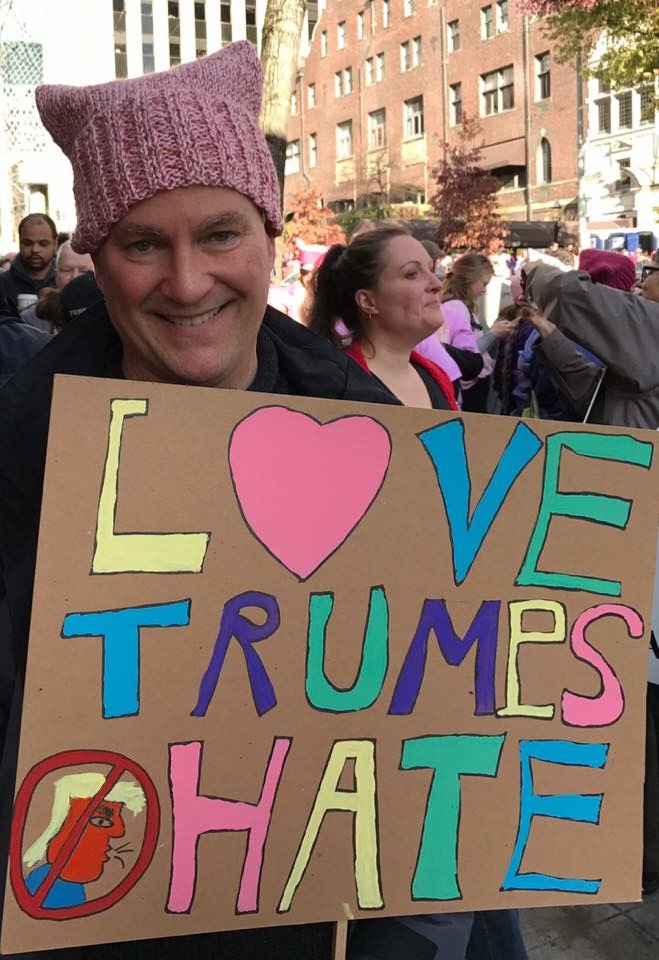 Samanta Barcenas is a PLU senior, with a double major in Psychology and English Writing. She completed this article as part of her work in the Fall 2017 Nonfiction Writing capstone.