Rediscovery: Dr. Jenkins and the Texts of Hermann Broch

Rediscovery: Dr. Jenkins and the Texts of Hermann Broch

Image: Professor Jen Jenkins at the grave of Herman Broch in Connecticut.

Occasionally, we are fortunate enough to find things that are more exciting than what we are searching for. This is certainly true for Dr. Jen Jenkins, Associate Professor of German in the Languages and Literature Department at Pacific Lutheran University.

Dr. Jenkins spent the 2016-2017 academic year on sabbatical, a year which she dedicated to investigating the texts of Hermann Broch, an Austrian 20th century Modernist writer, with the explicit mission of exploring evidence of visual tropes and metaphors of seeing in Broch’s novels.

Broch was born in Vienna on November 1, 1886, into a Jewish family. As a writer aligned with the Modernist movement, which prioritized individuality and subjectivity, he wrote fiction and poetry and was known for his unique and often difficult writing style. The role of literature, Broch believed, is to expand our knowledge of reality, and not simply serve as a means to engage it. The writers that Broch held in highest esteem were Franz Kafka and James Joyce. In an effort to escape persecution by the Nazis, he fled into exile to the United States in 1938 and received fellowships to aid his writing career. While in exile, Broch worked to aid others in need of help fleeing Europe.

While Broch did many respectable things, he certainly had his fair share of flaws, especially concerning his romantic life. “Hermann Broch was a complicated man,” Dr. Jenkins said. “He certainly was not an angel. He did have high ethical standards that he set for himself in terms of doing things for other people, but he was kind of a serial womanizer. He was not built to be in a relationship with one person.”

Dr. Jenkins was awarded the Hermann Broch Fellowship by the Beinecke Rare Book & Manuscript Library at Yale University. For the entire month of October 2016, She had access to the Hermann Broch Archive at Yale, the largest such archive dedicated to Broch’s work in the world. 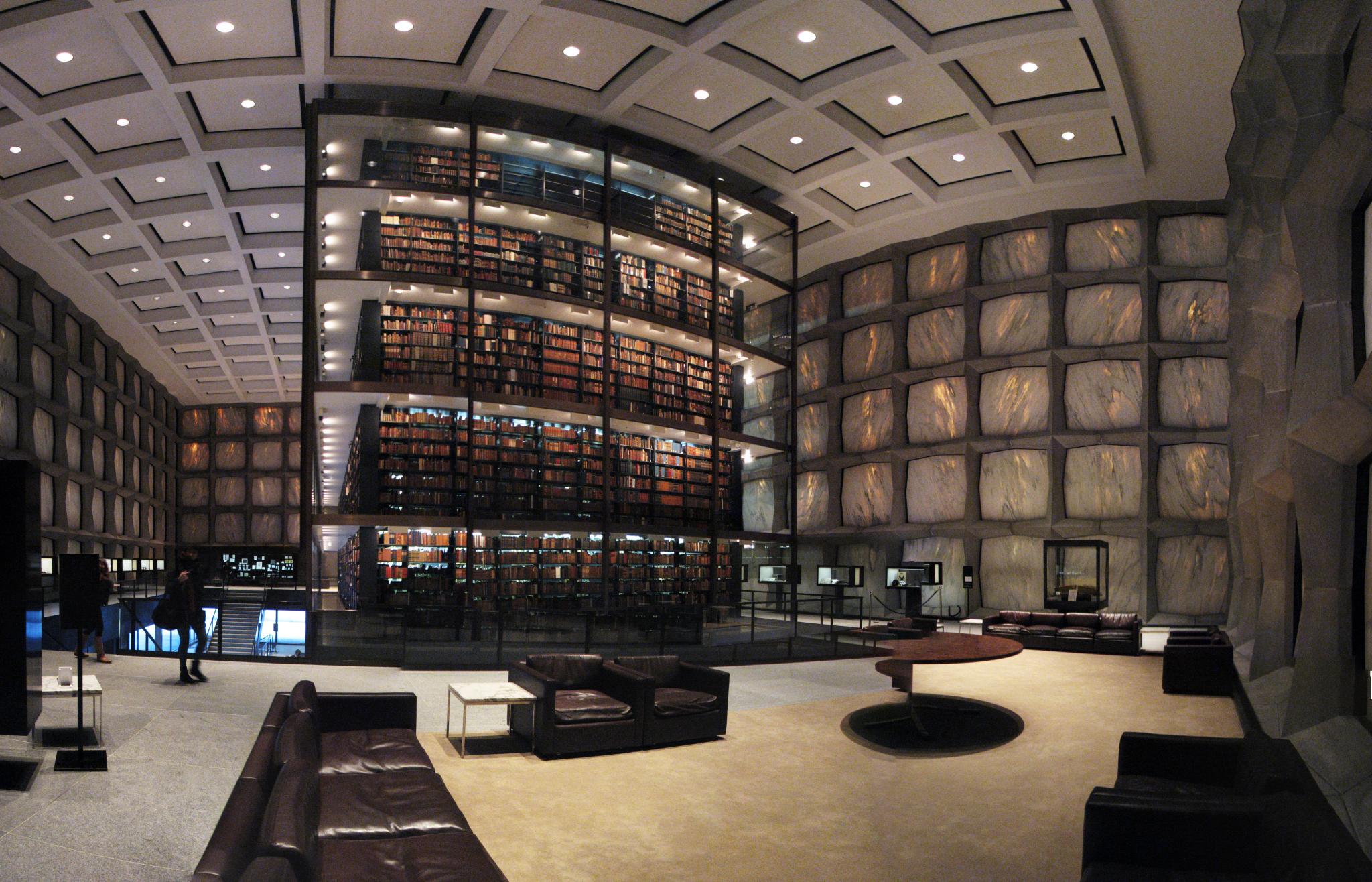 Before the final day of October, Dr. Jenkins believed she had reviewed everything necessary to take the next step on her project. “I had spent all of October collecting materials. On my very last day in the archive, I had basically looked at everything I thought I had to look at. I thought, ‘I’ve got a whole day left in the archive; why don’t I just see what else I can see?’”

After viewing all the sections of the archive dedicated to Broch’s own writings, she decided to peruse a section of the archive containing works that others had written about Hermann Broch. Looking at the catalog while keeping her “visual tropes” project in mind, she noticed a piece with a title that she assumed to be art criticism. Jenkins decided to order the box from the archive. The piece was a typescript covered with handwritten corrections under the name K.L. Hib.

“Having spent the entire month studying his handwriting, I recognized right away that the corrections belonged to Broch. So why would he be writing handwritten corrections on someone else’s work?” Dr. Jenkins soon realized that the typescript did not belong to “another writer” like its box designation suggested. Jenkins decided to track down evidence of any other texts under the name K.L. Hib. 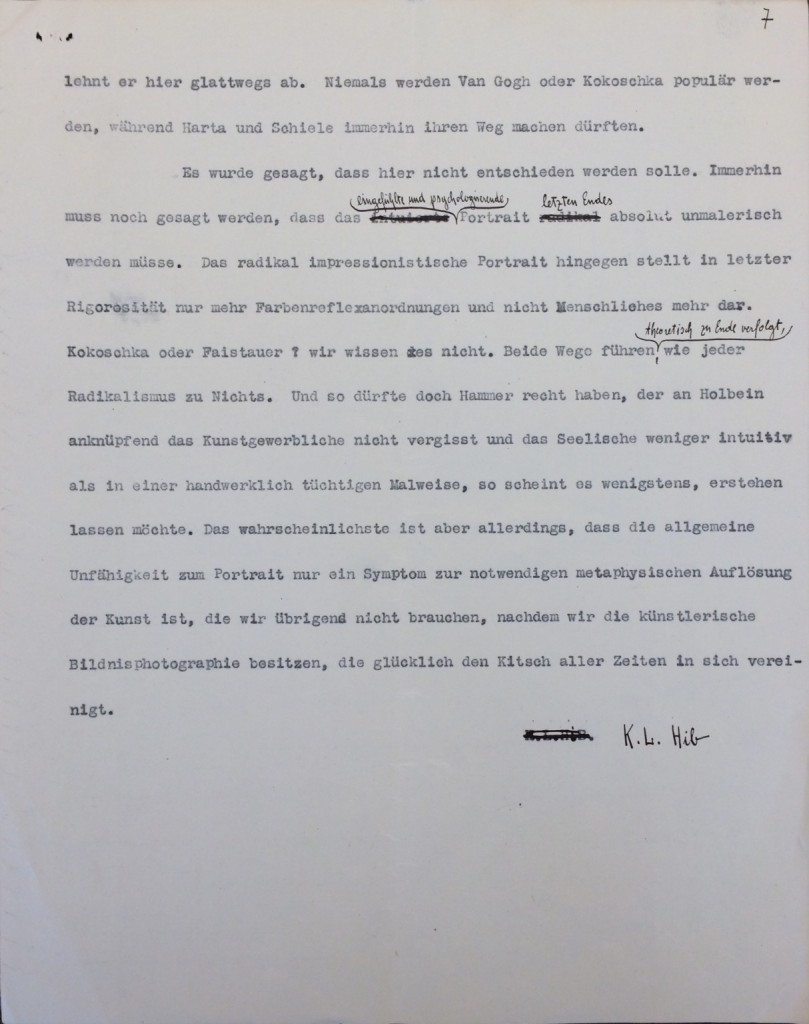 Dr. Jenkins was able to find the document published in 1918 in a journal called Der Friede. “I confirmed that all those handwritten changes had been reflected in this published version. It was clear at that point that this piece had actually been written by Broch. When I looked at the table of contents for the journal, it showed not only this text but also another title under K.L. Hib.” Translated into English, the title reads “Unpublished Writings from the Casanova Archive.” Essentially, this text was the work of Broch writing a fictional account from the perspective of Giacomo Girolamo Casanova, presenting itself as one of Casanova’s memoirs.

K.L. Hib, as Dr. Jenkins soon discovered, is a pseudonym for Broch. The first and last letters of “Hib” allude to the initials of Hermann Broch, while “K.L.” immediately follows the letter J, the initial for Broch’s middle name, Joseph.

According to Professor Jenkins, a leading Broch scholar had located poems published under the name K.L. Hib, but had not seen the other documents in the archive that Jenkins had found. Fortunately, the scholar had already made the connection between Broch and the pseudonym, so it was not necessary for her to prove it.

In addition to Dr. Jenkins’s fellowship at Yale, she was also awarded the Suhrkamp Fellowship by the German Literary Archive in Marbach, Germany for the month of March 2017 for further archival research. She has a series of forthcoming articles on these three rediscovered works by Hermann Broch. Because of these fascinating discoveries, her original project of investigating the visual tropes in Broch’s work has been put on hold. She plans to return to this project in the near future.

Dr. Jenkins had two texts (an edition and a scholarly article) about Broch published in September 2017 in Deutsche Vierteljahrsschrift für Literaturwissenschaft und Geistesgeschichte and has two further articles currently under review with the Journal of Austrian Studies.

Clayton Regehr is a senior English / Writing major, also completing minors in History and Holocaust and Genocide Studies. He completed this article as part of his work in English 320: Intermediate Creative Nonfiction.