In her free time, professor of religion Dr. Bridgette O’Brien likes to participate in ultrarunning—completing runs longer than a marathon (26.2 miles). While Professor O’Brien is out on the trail, she often takes that time to think about her connection to the outdoors, a connection that she has found to be spiritual in nature.

Professor O’Brien noticed that many ultrarunners expressed beliefs or feelings toward nature that resemble characteristic beliefs of Dark Green Religion. “Dark Green Religion,” a term coined by Dr. Bron Taylor, a religion professor at University of Florida, describes religious beliefs or practices that regard nature as “sacred and is therefore due reverent care.”

Upon noticing this connection, Professor O’Brien applied for and received a Kelmer-Roe grant, with student Collin Ray, to study the connections that she saw between ultrarunning, Dark Green Religion, and concepts like gender, race and class.

Professor O’Brien believes the activity of ultrarunning, the combination of testing the body and returning to outdoors to do it, speaks to a spiritual relationship between runners and nature. “You’re returning to a more primal behavior where you’re are less civilized, and more in touch with the kinds of primal instincts one has to use to survive. I think in this over-civilized, over-developed world, some feel there is a cultural, existential crisis going on.  Ultrarunning in a natural setting is a way for people to connect in a meaningful way to not only each other, but to their primal past. It’s a way to reconnect with nature.”

In her research, Dr. O’Brien is focusing on a group of five elite women from the ultrarunning community, examining the way gender intersects with their identities as ultrarunners and their beliefs about the sacredness of nature. She is applying gender theorist Judith Butler’s concepts of gender performativity. Butler argues that gender is created through performance in a given time and place and involves the continual rejection or acceptance of gender norms.

The five women Professor O’Brien chose to focus on both adhere to and reject gender norms, within the context of the historically masculine activity of ultrarunning. For example, one of these women, Anna Frost, has developed a fashion line for female ultrarunners, so that they might look more feminine when they’re out on the trail. Professor O’Brien explores this example specifically because, as she explains, fashion has the potential to both empower women in helping them claim their own femininity, but can also reify patriarchal norms as a tool to judge women, often from the male perspective.

On the other end of the spectrum is Jenn Shelton, an ultrarunner who is known for defying norms both on and off the trail. Professor O’Brien says Jenn Shelton consciously rejects norms both by participating in a male-dominated sport like ultrarunning, and shaping and treating her body in ways which are often seen as unfeminine. “I think what she’s doing is deconstructing some of the taboos and some of the sanctions that the patriarchy has established. So what I see her doing is not being defiant or sort of a punk for the purposes of being disrespectful, but as a way to redefine what it means to be a woman, on a woman’s terms,” Professor O’Brien says. “She takes that to trail-racing. A lot of what she’s choosing to do is a conscious reaction to telling her own story on her own terms in some sort of defiance to the patriarchy and some of the sanctions that go along with that.” 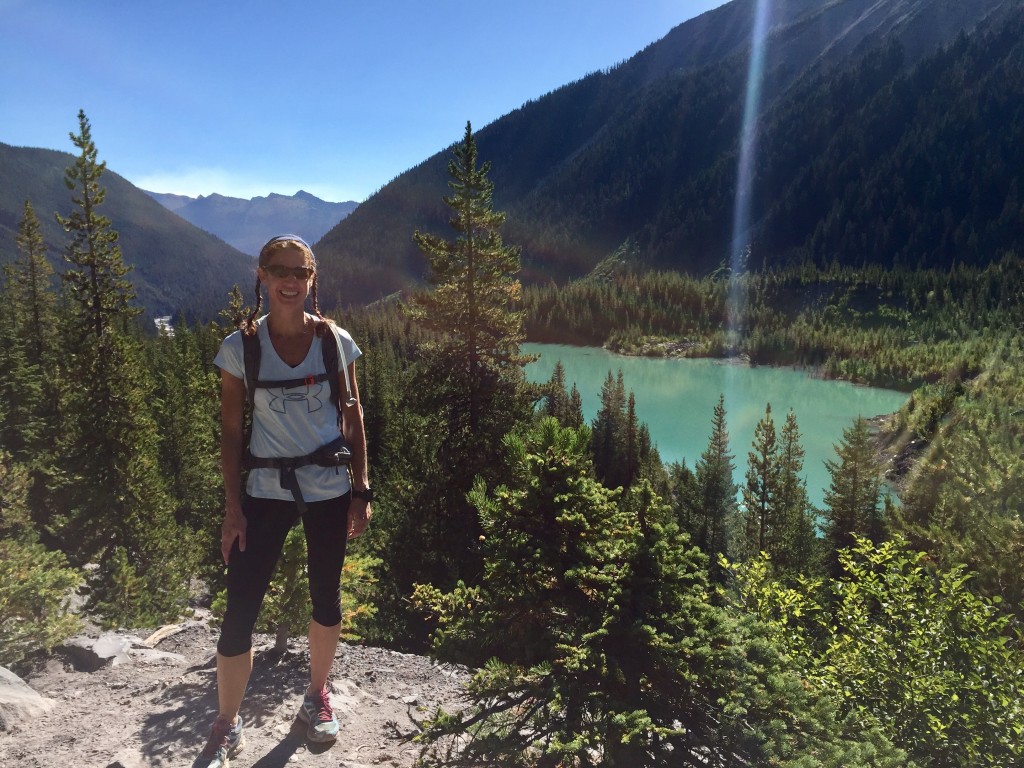 Dr. O’Brien on ultrarunner Jenn Shelton: “I think what she’s doing is deconstructing some of the taboos and some of the sanctions that the patriarchy has established. So what I see her doing is not being defiant or sort of a punk for the purposes of being disrespectful, but as a way to redefine what it means to be a woman, on a woman’s terms.”

Professor O’Brien hopes that this project will open up the conversation around Dark Green Religion to include concepts like gender. She believes that ultrarunning and Dark Green Religion can also provide a framework to contribute to conversations about race and class. “It’s not lost on me that most of these ultra-runners and most of these people who are participating at the elite level of ultramarathoning are white middle to upper class women,” O’Brien said.

Followers of Dark Green Religion display an increased willingness to advocate on behalf of the earth. Professor O’Brien believes that this framework which already lends itself to advocacy can work toward ecological and social justice simultaneously. “I think it would be remiss to assume that [Dark Green Religion], which is going to take into account the sacrality of the earth, isn’t simultaneously addressing some of the social ills that we face,” Dr. O’Brien says. “Maybe those issues around race or gender need to be articulated a little bit more clearly so people can see the relationships between us moving this direction, toward a greater ecological awareness, and how that might be all encompassing of social justice issues.”

Professor O’Brien hopes her project will facilitate these conversations within Dark Green Religion. “I think one of the exciting things about research is that there are innumerable possibilities,” she says. “My hope is this trope of Dark Green Religion can be more robust, can become more inclusive.”

Professor O’Brien and Collin Ray will present their research in May 2018 at the American Academy of Religion regional conference being held at PLU.

Helen Smith is a PLU junior, with a major in Communications (Journalism concentration) and minor in English Writing. She completed this article as part of her work in English 320: Intermediate Creative Nonfiction.