Early medieval monasteries were built to last, he emphasizes. “When these monastic communities were established, they did not think they were going to be there for a couple of weeks, but for hundreds of years,” he said. And now, hundreds of years later, these monasteries still remain standing, and have something to teach about how to live sustainably.

The Benedictine order is named for St. Benedict of Nursia, who around 530 C.E. wrote the Rule, a guide for monastic life that has been adapted for Christians from many different traditions. The Rule of St. Benedict gives instructions on everything from the roles of different monks within the abbey to virtues that guide spiritual life to the observance of a daily and seasonal calendar attuned to the natural seasons of the year. 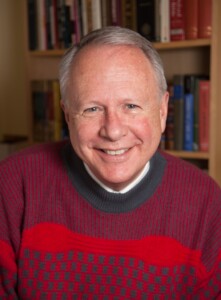 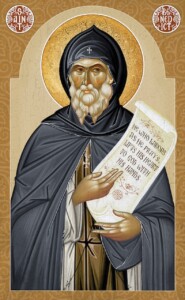 “It’s very clear in the Rule that every community should be self-sustaining,” said Dr. Torvend. “There were no grocery stores or wholesale food suppliers in the early medieval world. You ate and drank what you grew.” The stability of rural monastic life was an appealing alternative to the urban decay and ongoing military conflict of medieval Italy. “They had no one to rely on but themselves.”

Sustainability was necessary in order for these monastic communities to survive. But it also informed Benedictine spiritual practice: “The monks or the nuns would labor in the fields or in building or in fishing– where they sparked many innovations –and in prayer together. So those two: prayer–conversation with God– and labor in what they considered God’s creation went together: a prayer book in one hand and a hoe in the other. What we see in these communities is a form of Christian socialism in which each person offered his or her labor and each received what was needed to sustain life.” No one ever went needy.

Before the pandemic, Dr. Torvend spent time at Saint John’s University in Minnesota, the location of one of the largest Benedictine communities in the world. There he worked in the Alcuin Library and the Hill Monastic Manuscript Center.In late February he flew to Rome, and then visited monastic sites outside of the city, taking videos and photographs of the terrain. “I was at one site, San Vincenzo al Volturno, the largest abbey of the early medieval world, on a very cold and very rainy and windy day – so windy that my umbrella flew out of my hand.” He admitted, “I’m glad no one was filming me chasing that darn umbrella before it landed in the Volturno River!” 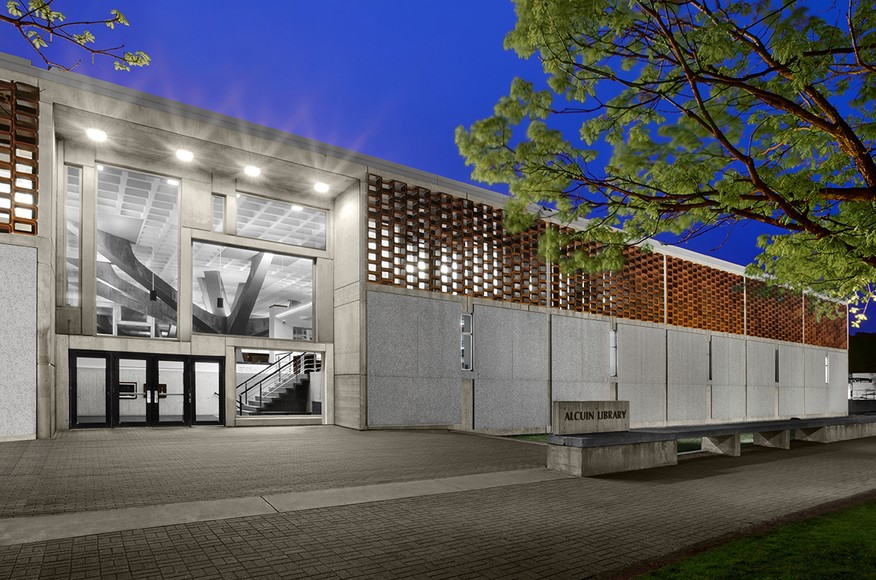 Dr Torvend also spent a week in the archives and library of the Pontifical University of Sant’Anselmo in Rome. “That was a great experience, as I was able to work with early medieval monastic “chronica” or chronicles, unavailable in the U.S., to get a sense of how these communities interacted with their land and water sources,” he said.

Unfortunately, ten days into his research in Italy, cases of COVID-19 began rapidly appearing, and he was forced to return to the United States. Like people all over the world, Dr. Torvend transitioned to working from home. But he remains dedicated to the book, and has stayed optimistic. “The last four months of sabbatical were tough in terms of not completing the research in Rome,” he said. “But I’ve made good progress.” Now that his sabbatical is over, Dr. Torvend is balancing his roles as a researcher and an educator. “Many times, “he said, “it’s been student questions or a students’ insights that have actually prompted me to move in a new direction in my research.” Dr. Torvend’s teaching has long touched on these topics, with courses in theology of nature and Jewish and Christian views on the environment. He has also sponsored a variety of conferences at PLU that focused on environmental ethics.

In many ways the diets of medieval Benedictines were very different from those of the average modern-day American. “It’s good to remember,” said Dr. Torvend,  “that the lives of these communities were guided by the daily motion of the sun and moon, by the changing seasons of the year. They did not fly pineapples in from Hawaii or Costa Rica and hothouse tomatoes from Canada. They lived with what we would call a macrobiotic diet: a diet that would change with what was available at different times of the year – something we should be contemplating with greater seriousness as climate change continues its sad advancement throughout the world.”

What lessons can Benedictine communities offer about sustainable living to us in the present day? Dr. Torvend answered with a few questions of his own: “Do you know the region in which you live? Do you know the land and water resources? How do you promote a more equitable sharing of the goods within your region so that no one grows hungry?  How do we push public leaders to conserve and protect the water and land resources from pollution and development? And then what about housing for all as a right rather than privilege? Are we training young people in the Puget Sound to conserve and protect this remarkable part of the world? PLU once had a vital commitment to care for the Earth. Will that continue in the future as we face the greatest of social issues: the drastic changing of the climate? Monastic communities looked to the future, not the immediate present and asked how they could preserve their portion of the earth. We could use more of their wisdom and practice.”